8 airlifted to Kampala after Kiryandongo horrid accident, list of deceased out

Eight (8) people have been airlifted to Kampala for better treatment following an horrid accident involving a Gaaga bus and two other trucks.

According to lands minister Betty Amongi, of the 8 airlifted, half have been admitted to Mulago hospital while the rest have been checked in at Nsambya hospital.

22 people have so far been confirmed dead following the accident. 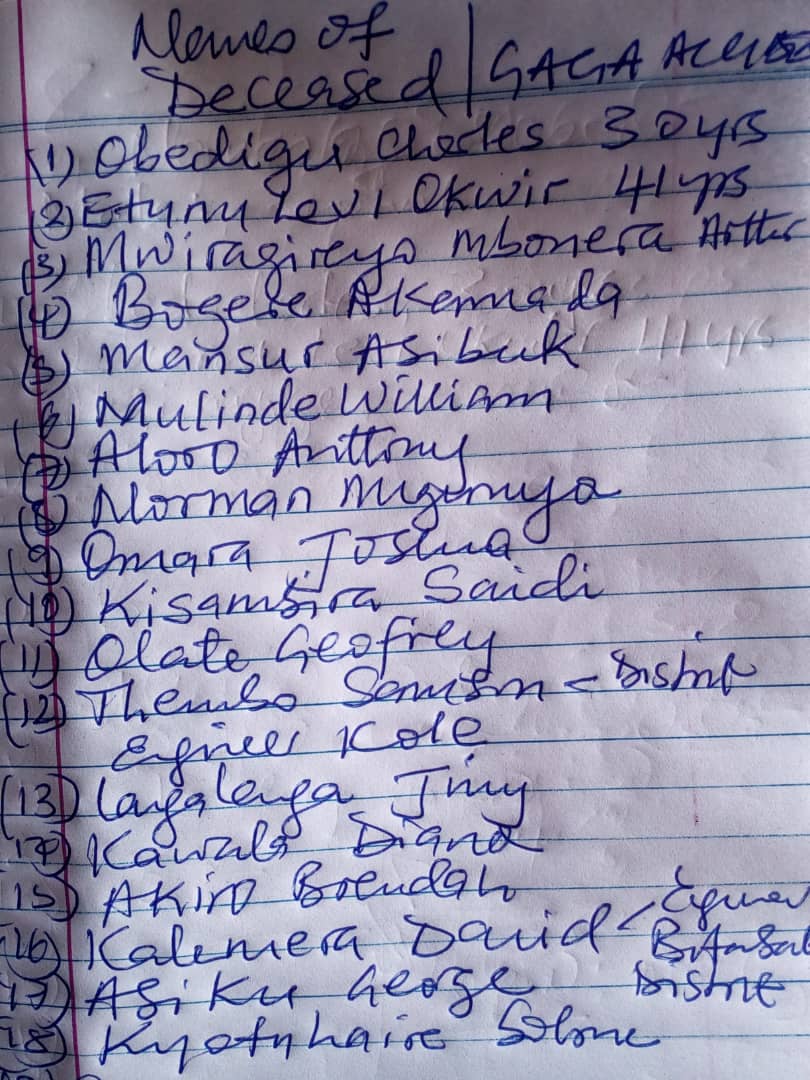 The two parts of the bus then rolled into a beer truck registration number UAT 088J, mingling most of its occupants in due course.

According to a police statement released Friday night, the accident claimed 19 people in total, 3 of whom were juveniles while the 16 were adults.

President Yoweri Museveni has re-assured the people of Karamoja sub-region of the government's total commitment to ending cattle rustling and...

SafeBoda partners with KCCA, PSFU to give prizes to those getting vaccinated