A smarter way to clean your kitchen

Gov’t preps UNECL to take over from UMEME

The anti corruption court has ruled that former Works Minister Eng. Abraham Byandala and six others have to defend themselves for disobeying lawful orders by the IGG and signed the Kyetume – Katosi road contract that caused a Shs24 billion loss to government.

Justice Lawrence Gidudu said that according to the twenty-three prosecution witnesses, it is evident that the group had hidden motives to sign a contract that authorised government to pay the said money to EUTAW, a non existent company. The judge said Byandala has to a lot of questions to answer on why he forced government to sign the twenty-four billion contract despite advice from the Inspector General of Government to him to halt the process.

“It is not in dispute that he was the Minister of Works who ordered for signing of the contract with a company whose existence was disputed, “Justice Gidudu said.

“He interfered with the procurement process which was arbitrary to procedures.”

The judge blamed Byandala for failure to consult before continuing with the order of signing the contract.

After signing of the contract with EUTAW, IGG ordered that road works stop as investigations continued but according to the state prosecutors, efforts to have the works stop were frustrated by Eng.Byandala.

“There are a lot of questions to answer whether this was a defiance of lawful orders by the minister,”Justice Gidudu said.

The Anti Corruption Court faulted Berunado Ssebbugga Kimeze, the former Executive Director at UNRA for abuse of his office when he failed to do his best so as to ascertain the authenticity of the contract signed between government and EUTAW. 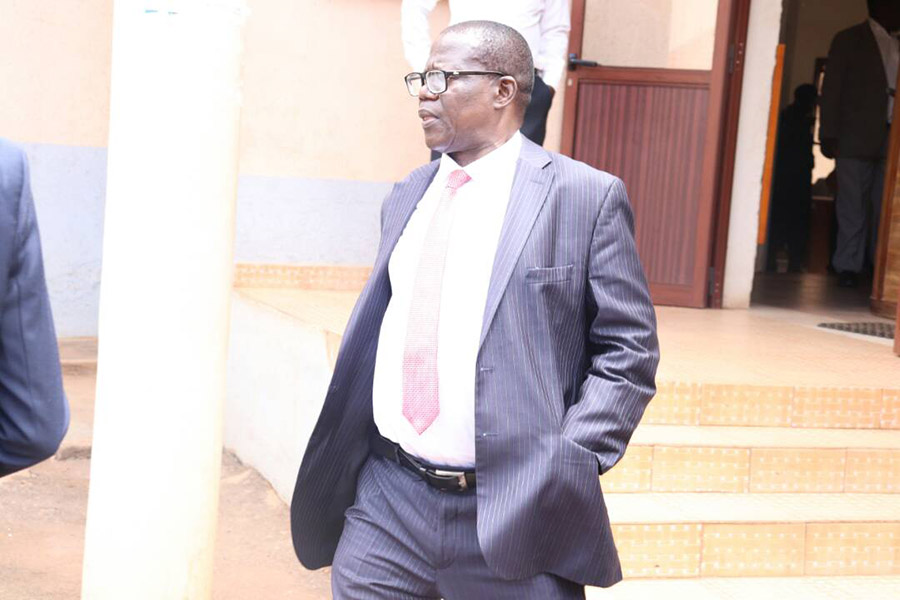 According to prosecution, Kimeze signed the contract on behalf of UNRA but went ahead and communicated the same to EUTAW, five days after the signing process contrary to procedures which emphasise that this should only be done after ten days.

The judge said this was suspicious of the then UNRA boss who flouted the law.

Kimaze was also accused of accepting to append signature on the contract which allowed government to pay fifteen percent of the total sum of the entire project whose authenticity had been questioned  since 2010.

“He never did due diligence despite red flags being raised over the contract, ” court said.

The seven accused were also faulted for signing a contract with a company whose status, existence and competence were all in dispute.

The group was also faulted for accepting ‘bogus security bonds’ yet they were aware these documents were fake and caused loss to government.

The judge said that Marvin Baryaruha, who was the then legal counsel for UNRA has a lot of questions to answer for advising the government body to continue with the contract that led to loss of huge sums of money.

Justice Gidudu specifically faulted him for smuggling a clause into the draft contract that had been cleared by the Solicitor General.

In the draft cleared by the Solicitor General, it had been indicated that due diligence had to be done before signing the contract but this was changed later by insertion of another clause.

In the new clause inserted into the final contract, it was indicated that government could go on to sign the contract as due diligence went and in case there were anomalies, the same contract would be repudiated which is abnormal.

“In the contract finally signed, there was no fall back position for UNRA in case of fake security bonds, “Justice Gidudu said.

He said that government would later lose billions of shillings after the security bonds turned out to be fake.

The judge also faulted the group for not verifying the security bonds as required by law before signing the contract that later led to loss of huge sums of money.

Court blasted businessman Apollo Ssenkeeto for purporting as the country representative of EUTAW, US bases construction company yet his company was non existent.

“A lot of questions have to be answered in which capacity he got the Shs24 billion,”the judge said.

He also accused him of frequenting various banking halls in a bid to acquire ‘forged’ security bonds and later fleeced huge sums of money from government by presenting false documents to UNRA.

“The evidence adduced by the prosecution based on documents authored by the accused shows they are the best to explain them.They have to go for their defence, “Justice Lawrence Gidudu said.

The case is set for October 30th for defense hearing to start.

President Museveni has explained the reasons behind the high cost of living in the country currently. Speaking during the end...

President Yoweri Museveni has said he always uses the Bible to respond to problems affecting him and Ugandans at large....

A prominent football journalist from the United States has died while covering the World Cup in Qatar. Grant Wahl, 48,...

Nytil, Picfare speak out on ‘winding up’ business in Uganda