The argument should shift from emphasizing on large populations and instead be focused on improving on the level of the purchasing power of the population.

Comparison of East African Community Member States and their Population, GDP and Income per capta. 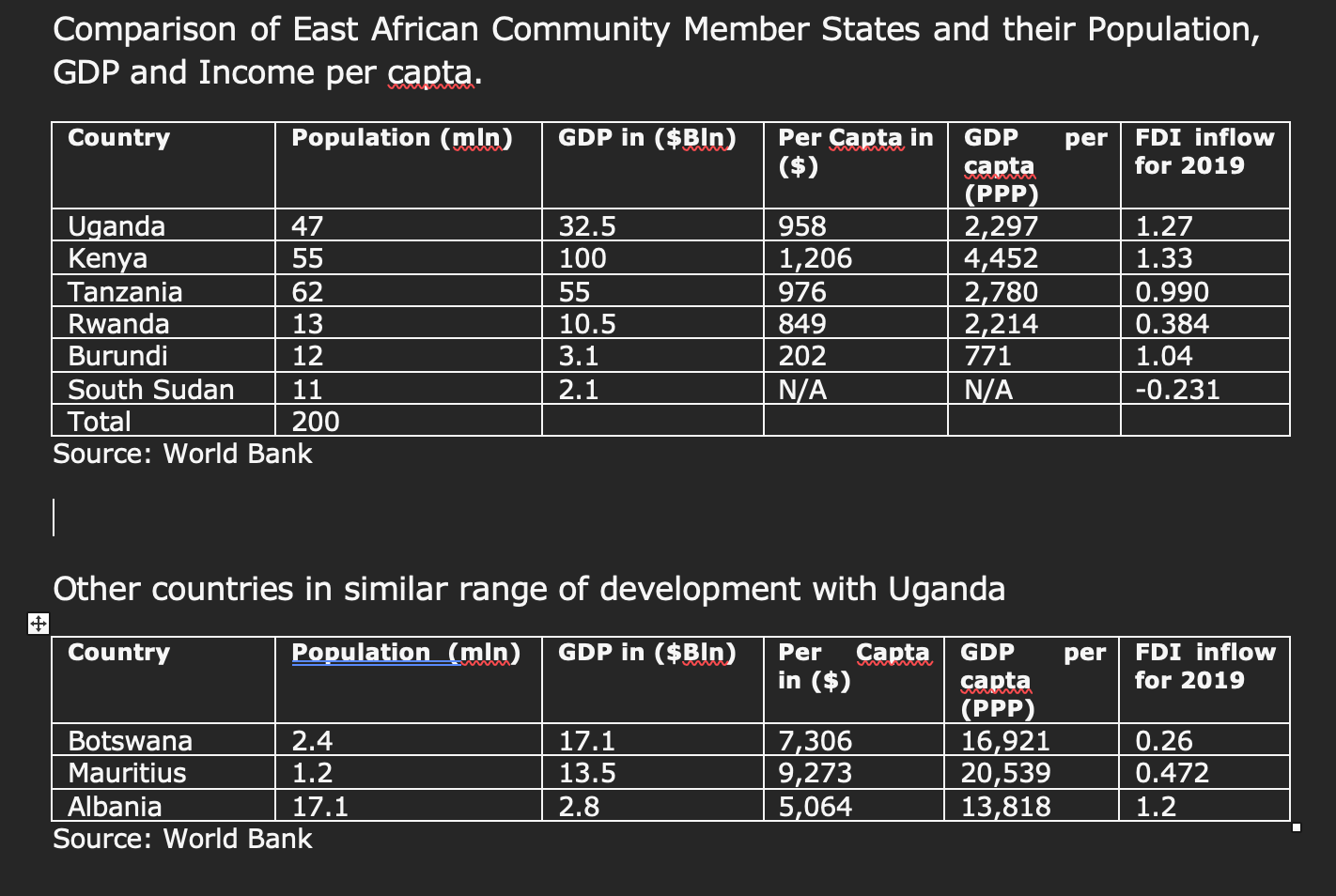 In a push to attract investments to Uganda, there has been a continuous argument that when you have a large population you are bound to attract more foreign investments. Therefore, in pitching for investments to the country, the potential foreign investors have been presented with figures of the population of the 6 East African Community member states as one large potential market totaling to 200mn people that will be an ideal market for the investors’ commodities.

However, what seems to be probably and conveniently ignored in the argument above is the fact that it is not really the size of the population that matters when it comes to the population’s ability to consume. It is rather and more importantly the level of disposal income that population possess that will in majorly determine the level and capacity of consumption.

Therefore, it follows that probably the argument should shift from emphasizing on large populations and instead be focused on improving on the level of the purchasing power of the population. It is this capacity to be able to purchase goods and services that will attract and make a compelling case for investors to invest in a particular economy. Simply waving figures of large populations which don’t possess sufficient purchasing power might be deceitful in reality. 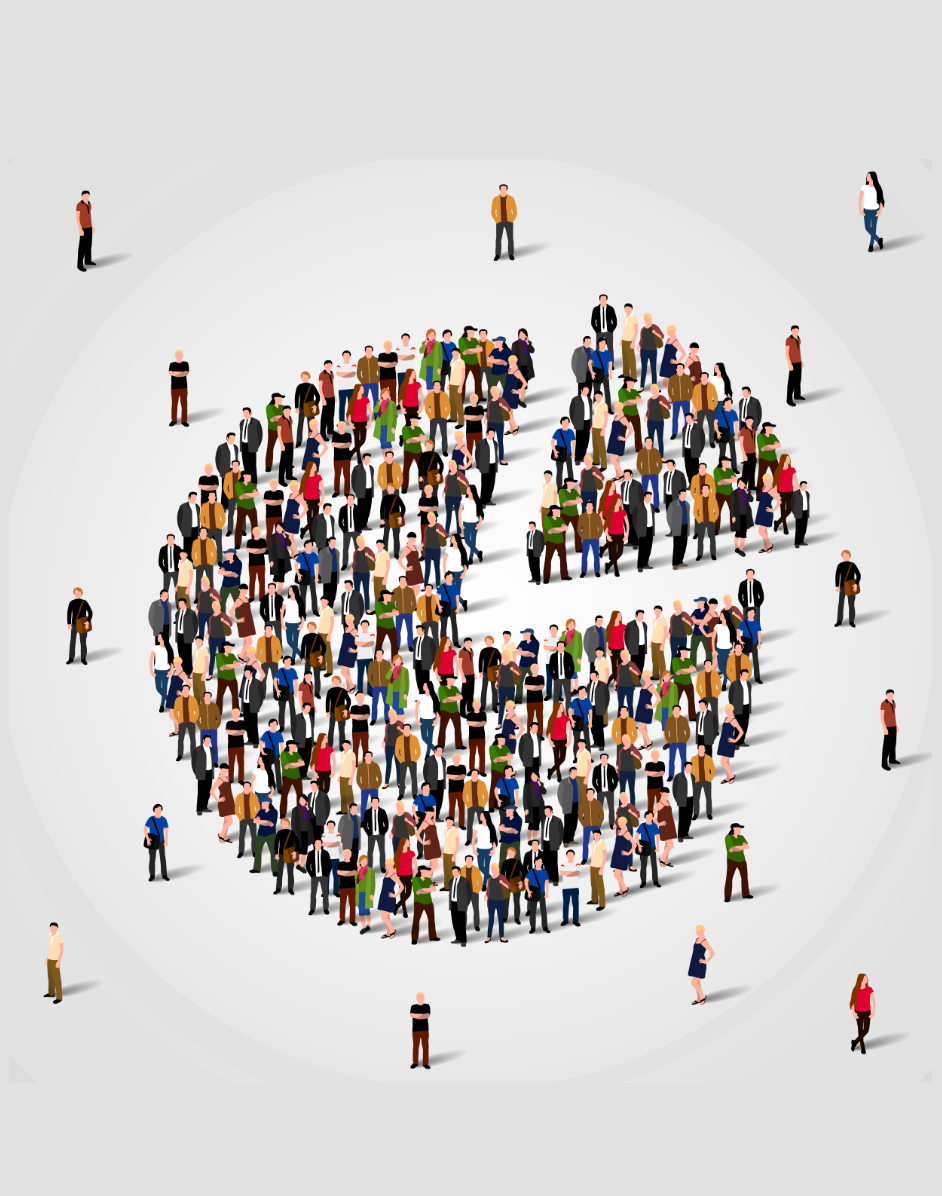 It needs to be noted that various studies have shown that in most of the Least Development Countries like many in Africa, their population is continuing to swell each year inversely proportionate to their GDP per capta income. This is where the actual danger is and it needs to be addressed soonest if these countries are to reap from their apparently increasing GDP which is reality is being wiped out by the increase in the population.

As we have seen, even a relatively smaller population can be an effective and attractive market to an investor if it possesses higher purchasing power.

AirQo :Makerere to expand its air quality monitoring project to other African countries