Most Ugandan women in their prime are approached by all suitors of different attributes: aura, character, good looks, financial status, intellect and others. But because most young women in Uganda emanate from humble backgrounds and have not been nurtured to become financially independent on their own; most of them prioritise a man with the most monies.

I have nothing against a man’s financial status. A man’s financial status should be a factor of consideration because, besides the high financial demands a family comes with, poor husbands have also been found to be more violent and autocratic than richer ones. No one wishes to share a home with a violent person.

Although financial status of a man should be an important factor for a woman to consider, it shouldn’t be the only factor. When most women are approached by a suitor with money, they pay little to no attention to the rest of his attributes.  Before I explain further; this is how most Ugandan women define a rich man: one who earns a six digit salary, drives a second hand Japanese car, owns a house of at least Uganda shillings 125 million or rents a very posh apartment in the most preferred outskirts of the city. 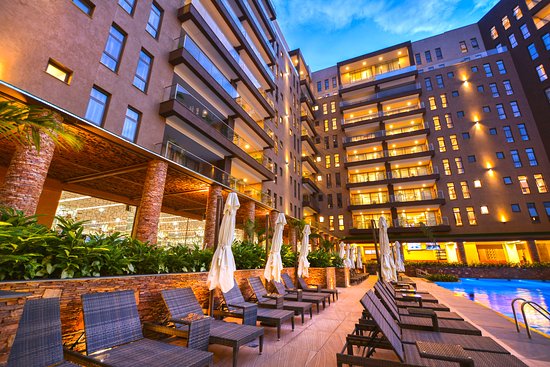 Just like majority of Ugandans in general, many young Ugandan women have emanated from very humble backgrounds: where they had to trek to and from schools during morning and evening hours respectively, go to school with very limited pocket money (sometimes with not more than 1000/=), some afforded taxis as a means of transport and very few were dropped and picked by their parents with a family car.

The ones who went to boarding schools  had to put up with half-cooked posho and weevil-infested beans; no wonder they crave for chips and chicken always — they missed it dearly in childhood. Also, most of the now young women were raised in studio units and others in single room houses — with limited space. It’s now only normal and understandable that they madly crave for spacious homes.

In Uganda, most of the parents nurture their daughters to become ideal wives — not financially successful ladies. It’s always the boy child who’s reminded to work hard. Every boy child knows that they can’t be relevant if they don’t work hard. Girls are only nurtured to see marriage as the greatest achievement. They are constantly reminded to have the requisite morals for a stable marriage, not a financial genius for financial freedom. That’s why most parents press their daughters for marriage, not a well paying job, immediately after university.

Ugandan parents indeed concur with Lana Turner who noted: “A successful man is one who makes more money than his wife can spend. A successful woman is one who can find such a man.” It’s very unfortunate that most young women have bought into Turner’s aphorism.

Because many of our women weren’t nurtured to become financially successful ladies, and are in an economy like Uganda’s — where smooth formal employment is hard to access, they have been forced to see richer men as the only way to a secure life: where they can feast on the chicken and chips they missed in childhood, drive second hand Japanese cars (which to them are posh), live in a spacious crib, and have an admirable account balance.

Opinion: The tragedy of Kampala – Jinja Highway: UNRA in the Spotlight