The author's legs after jumping off the boda

On a Sunday afternoon 25th April, 2021, I had a meeting with a former classmate and work colleague. We had postponed this meeting so many times that I had lost count of but I had made a promise that on this day I would make sure that I make it. We met Club House in Kyanja. After our discussion, at around 7:30pm I tried to order for an Uber to take me home but I failed to get one.

So, I decided to take a boda- boda. We agreed on the cost and the journey started. Quite soon I became suspicious because he was not using the route to my destination. I asked him if he understood the directions I had given him. He responded in affirmative. I still couldn’t understand how this particular route would connect us to Najjera. I asked him to stop. I told him he didn’t know where he was taking me. He instead increased the speed.

I couldn’t understand why he was insisting on taking me by force. I asked him again to stop, To my shock, he replied forcefully, “Nnina okukutuusa!” (I have to take you to your destination). I could not take it anymore and launched myself off his bike to escape. I was almost ran over as I landed in the road.

Shaken, I tried to get up from the ground only to find the boda boda guy intent on “reclaiming” me to his motorcycle ride. He kept on saying, “Nnina okukutuusa oba olimulamu oba mufu (I have to deliver you whether you are dead or alive). He grabbed me by the shoulder and I found myself helplessly clambering back on his bike.

At this point I was not feeling my legs, I was bleeding. He rode on breakneck speed and then stopped all of a sudden. He asked me to get off his bike, then he said, “Wefeeko (sort yourself).”

My mind had stopped it felt like I was watching a movie!. There I was standing in between two black vehicles. I remember one was a Mercedes Benz. I put my hand on the tarmac closed my eyes and put both my hands in the air. Waiting for a bullet or something like that. 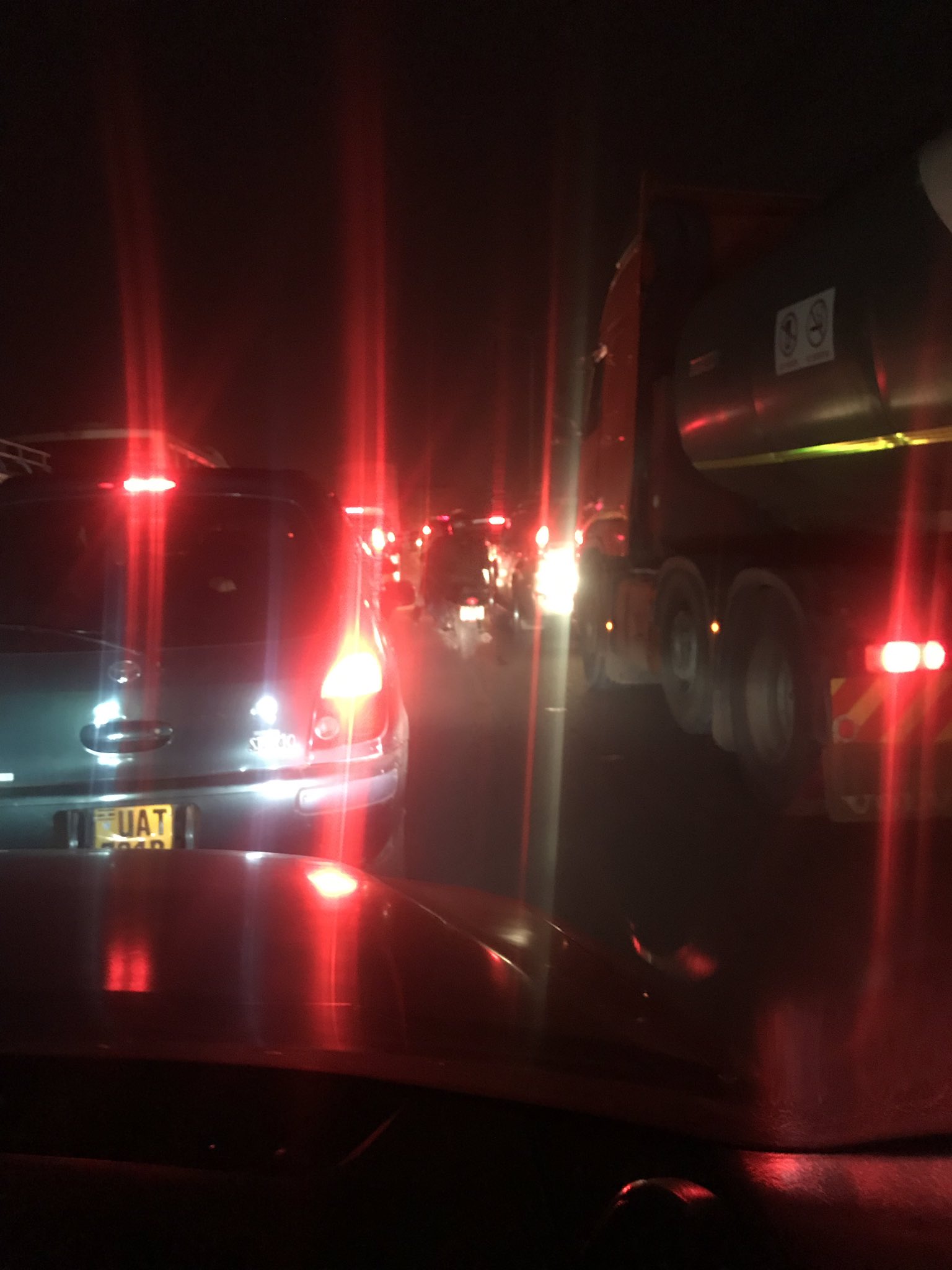 None of the car occupants moved out of their vehicles. Just then another car drove up, a Super Custom style car. The occupant stopped, got out of the car held my hand. The other two cars reversed in the direction they came from.

Everything was happening so fast. There I was with a super custom gentleman, but my mind was telling me this could be a drone. I quickly took a picture of the car’s number plate. He asked for my details which I gave him.

He made calls, two army uniformed men came of a gate. From the chat they were having, they knew each other. They were speaking Runyankole. One of them asked me, “Who is after your life?” “I don’t know!” I answered in a tired, little voice.

They called one of their colleagues who came in within a few minutes. He was with a female friend in the car. The super custom guy assured me that I was safe with them and that they would take me to police or hospital. I told him I wanted to go home, to see my daughter.

He took my phone number promising to call me later. The couple suggested that they take me to police first or hospital, this was around 8:30pm. I told them, “home.” In my mind I wasn’t even sure whether to trust them or not. But they were all I had. The lady offered to call some of my people. I told her I could do that, I called a few of my friends. But because of the fall I couldn’t even process people’s voices I kept on asking am I speaking to so and so?

I reached home looking like a zombie, the kind of characters that you watch in movies like the walking dead.

On Monday morning the gentleman called to check on me. He encouraged me to go to hospital and police. I went to hospital from where they are managed a fracture on my left leg and several bruises.

It took me five good days to fully confirm that I was still alive, and that I just had a passionate kiss with death.

But after that incident did I ever think of going to police? Yes, just for purposes of reporting a case and not because I believed that I would get justice, or even that I get to know who was behind this act. That’s how much I have lost faith in our justice institutions.

I finally gathered myself and went to Kyanja Community police to file my case. The gentleman took my statement. He told me that I would need to have a police medical officer to examine my injuries. I asked him, where the medical doctor was, he asked me to return the following day! Having got my police case reference number I did not bother to go back, I just thanked God for saving my life that night.

I still think of how people in Uganda disappear without a trace, how people have gruesomely been murdered and no culprits are arrested. How many investigation reports are pending from our security organs about the different cases even involving high profile personalities?

Whether I was the target or a case of mistaken identity, this should not be happening in our dear Uganda!

This article based on a real-life experience by the author.

Nankabirwa: MPs can’t vote for Kadaga who disrespects her own party

Nankabirwa: MPs can't vote for Kadaga who disrespects her own party