Bobi Wine at the unveiling of different artistes.

On Sunday night, unfriendly troops moved in on Bobi Wine’s capital and took out his men, technically imposing him to exile where he is currently communicating from.

According to the coup plotters, who were clothed in Face Masks (zino eza covid) and not easily identifiable, the coup was carried out on grounds that supporters of NUP and their military wing of People Power had misused freedoms of speech and expression. 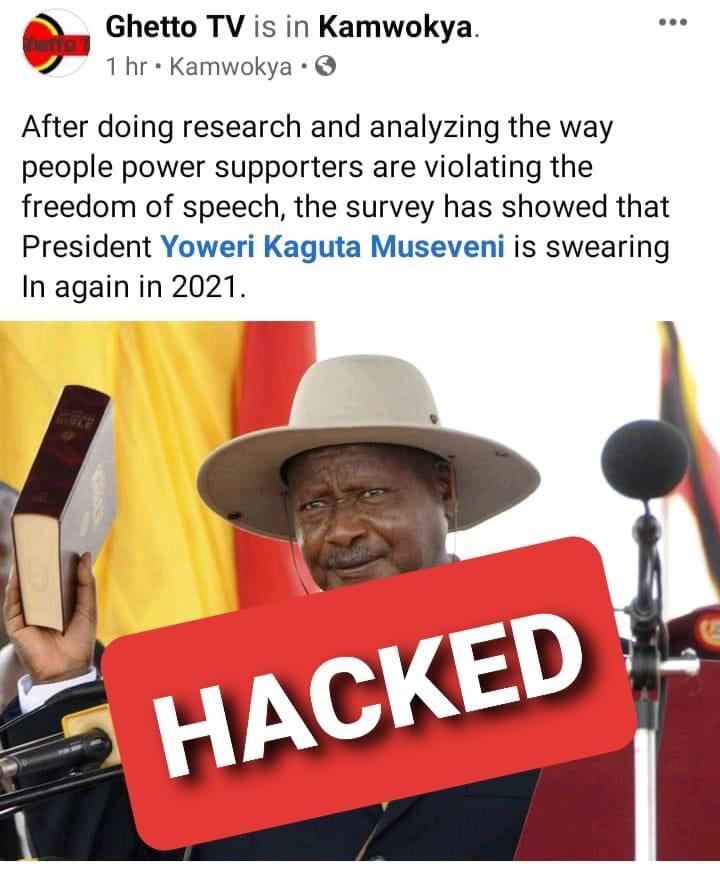 “We have been in power and we have enough research that the sitting NUP government has violated freedom of speech for quite some time, for that matter, we have chosen Yoweri Museveni as president,” the coup plotters sounded on the national broadcaster before screens blacked out completely.

He said the operatives have been after his life by taking away his gun- Facebook page, but he ran away with it when he noticed unfamiliar troop movements.

“Today, the criminals have succeeded in taking control of the capital and the national broadcaster. Everything is under their control. These shameful people! They are scared of what our regime can do. My troops are moving in on them to recapture what has been taken, for now, I urge you to stay calm and do not follow anything from the national broadcaster,” Bobi commanded. 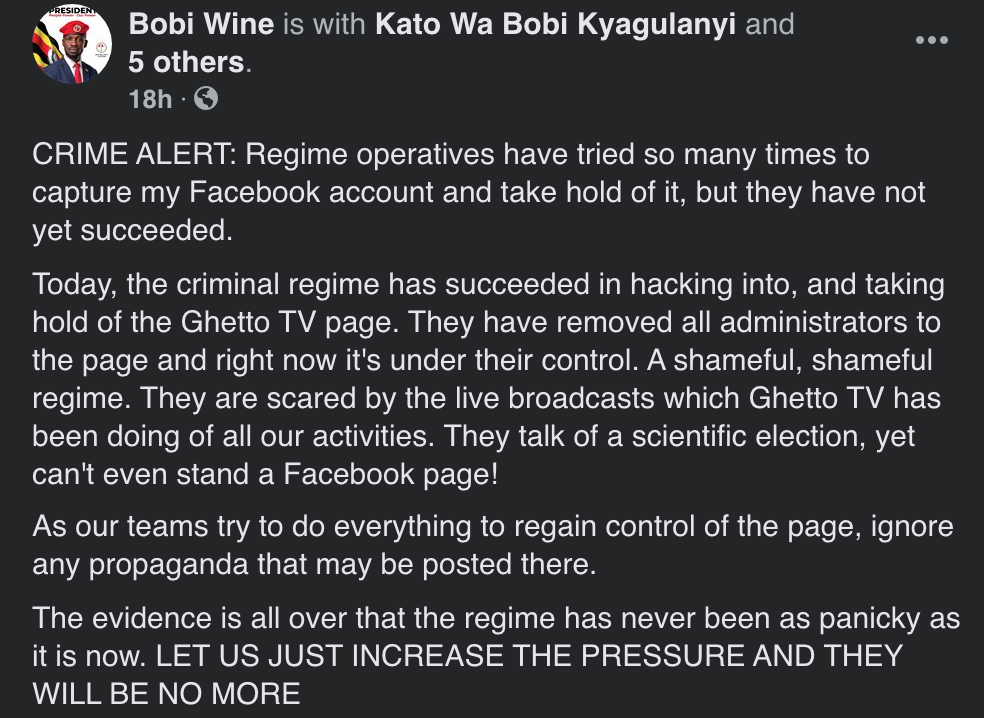 This is a short makeup story of the scenario involving People Power owned Ghetto TV being hacked into by unknown people and Museveni declared winner of 2021 elections.

But who hacks into a Facebook page that has more than four administrators! That person must have skipped all authentications, accessed the account unnoticed, and started positing anonymously while the admins have been locked out.

While they might be right, there is a need for them to understand the truth sometimes. For one to hack into an account with more than four administrators and editors, the first people to arrest are those who were manning the account.

Where did the hacker pass, what were you doing while the hacker posted a number of things? Where were you? Why now?

Even before we take that direction, Ghetto TV administrators need to tell us, who of them has switched allegiance, or who has not been paid by their employer.

If it becomes easy to infiltrate NUP institutions like the Ghetto TV, then there is a need to meet the different service providers’ needs or motivate them not to fall prey to lurking mafias who can use them to announce even worse things in future.

To claim that the regime is in fear and that is why they are hacking into accounts is not only ignorant but also escapism of certain aspects.

This is a mature campaign and since it is scientific, it will involve (many times) people trying to reduce your power on social media, and this can take any form including directly buying you out.

Does it show any fear? No, it shows that one camp is ready and you are not.

The writer is a private contributor to the Nile Post

Over 21,000 cases of child abuse reported during Covid-19 lockdown

Elderly people in Kampala to receive Shs 150,000 from government

Elderly people in Kampala to receive Shs 150,000 from government