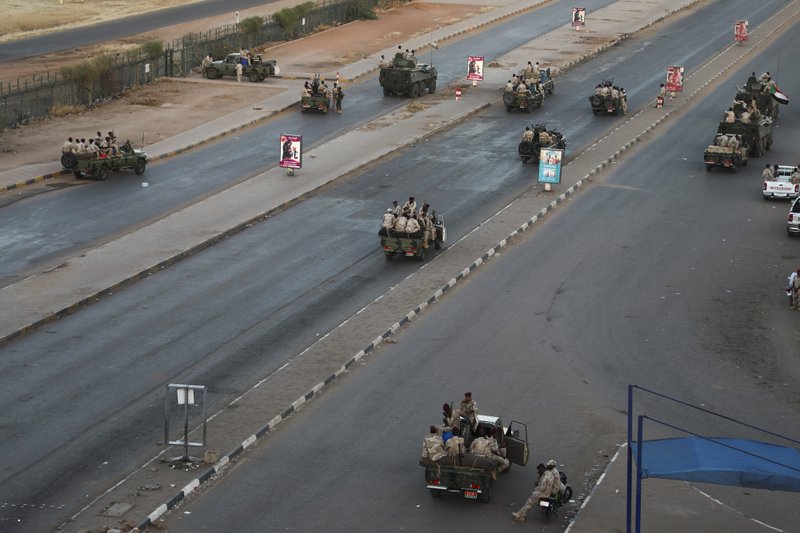 Shooting broke out on Tuesday in the capital Khartoum and the city’s airport was briefly closed amid the clashes.

The violence was sparked by a row over severance pay, the government said. The rebellious troops belong to an intelligence agency that is being disbanded.

Two soldiers were killed and four were injured in the unrest.

He said that while he did not consider the incident a coup attempt, such action would not be tolerated.

And in a speech on Wednesday, the sovereign council head, Lieutenant General Abdel Fattah al-Burhan, declared that the violence was now over.

“All headquarters are under the army’s control, and the airspace is now open,” he said.

Soldiers from the intelligence agency, the General Intelligence Service, posted videos of their colleagues firing heavy weapons into the night sky in a show of force.

Reuters news agency quoted residents as saying there was some fighting in a northern district of Khartoum and a security building had been seized by mutineers near the airport.

The country’s main protest group had earlier called for an end to “these irresponsible operations that are causing terror among citizens”.

At least 170 people were killed during the months-long crackdown against the protest movement last year. The unit, then known as the National Intelligence and Security Service, played a major part in the crackdown.

Bashir was eventually overthrown by the military, 30 years after he took power in a coup.