Eritrean footballers on the run in Uganda plead for resettlement

Eritrean footballers on the run in Uganda plead for resettlement

In this photo taken on Thursday, Oct. 10, 2019, from left, Eritrean under-20 soccer players Simon Asmelash Mekonen, Mewael Tesfai Yosief, Hermon Fessehaye Yohannes, and Hanibal Girmay Tekle talk together in a house where they are staying in Uganda. Four young players with Eritrea's national under-20 soccer team have defected during a tournament in Uganda, the latest players to leave one of the world's most tightly controlled regimes. (AP Photo)

The fate of four Eritrean football players seeking asylum in Jinja, Uganda, remains uncertain, weeks after they fled their hotel during a tournament.

The players had been set to compete with the Eritrean National Team in the Cecafa Under-20 Challenge Cup in October. For the past six weeks, they have been moving from house to house to avoid being caught by Eritrean agents in Uganda, their lawyer told VOA.

Kimberley Motley, an American attorney dealing with international law and representing the four men, said they fear being returned to Eritrea, where they could face imprisonment and torture.

“They simply want to be able to live free in a country that is not going to imprison them, and which is a great fear that they have if they’re sent back to Eritrea. And they’re very fearful that they will be sent back by the Ugandan authorities,” Motley said.

Ugandan officials didn’t respond to VOA’s requests for updates on the footballers’ case.

“They’ve been in hiding,” Motley said. “They’ve been moving from place to place, hoping that a country is kind enough to accept them as asylum seekers based on their very solid claim of being persecuted if they were sent back to their country.”

In a video posted by “One Day Seyoum,”  a group focused on human rights for Eritreans, the footballers said there is a campaign against them, and they fear being tracked and illegally detained by Eritrean agents in Uganda.

Hear from the 4 Eritrean footballers currently living in fear in Uganda. It has been more than 3 weeks since they defected & the UNHCR has still not relocated them to safety. Join our Twitter storm against @Refugees to pressure them to immediately #ProtectFleeingFootballers 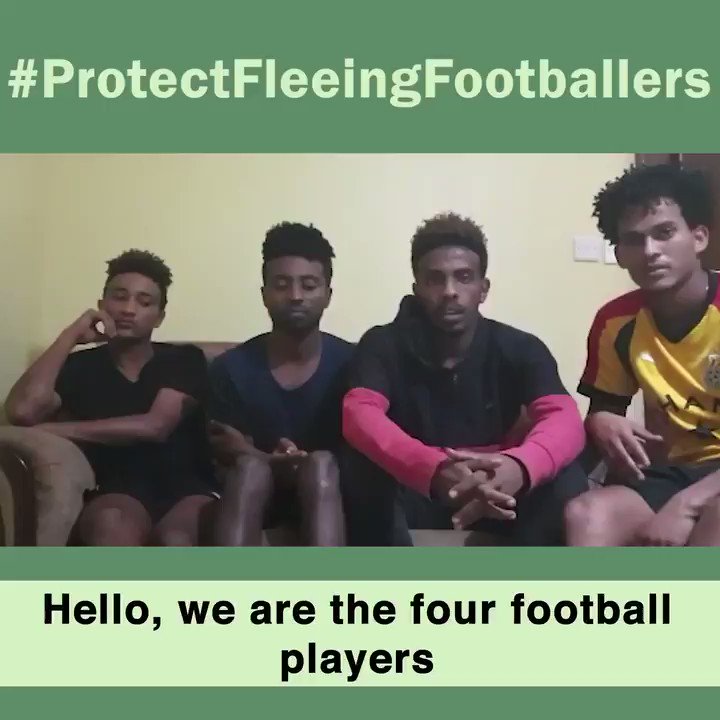 261 people are talking about this

“We are in grave danger,” Mewael Yosief, one of the footballers, said. “We are in need of help. Because if they catch us, when we go back home, it’s going to be an unimaginably severe danger for us, because we might face imprisonment — unimaginable punishments. And it might even cause us death,” the 19-year-old said.

In 2015, 10 players on the Eritrean national football team sought and secured asylum during a World Cup qualifying match in Botswana. In 2009, the team made worldwide headlines when the entire roster defected and refused to fly home after a match in Kenya.

To support the remaining players who did not defect during the Uganda tournament, some members of Eritrea’s diaspora started a GoFundMe drive that has raised more than $44,000 to allow “these young men to be able to enjoy their careers at home and allow them to enjoy their return.”

Britain’s Prince Andrew steps back from royal duties after scandal