This is why Buganda Land Board is “landless”

This is why Buganda Land Board is “landless”

Once upon a time, there was a public body which went by the name Buganda Land Board. This body was set up under Chapter X11 of the 1962 Constitution to manage Public Land in Buganda.

This public body had its roots in the famous 1900 Agreement (Uganda/Buganda Agreement) under which various chunks of land of varying sizes were grabbed from natives and given away to various individuals, chieftains, and religious groups.  The chunks of land given away were neither surveyed nor did they have any known tenancy category in the Kiganda Culture.

The colonial authorities eventually regularised this land grabbing and in 1908 enacted a legislation known as The Land Law of 15th June 1908. This law created two tenancies.

Under Section 2 thereof, a tenancy known as Mailo was created.  The section specifically stated to hold land in a manner described in that section “will be known as holding Mailo, and land of this description will be called Mailo”.

Section 5 created a second tenancy which was described as that land which a Chieftainship shall hold for the time he shall hold the chieftainship. It stipulated that he shall be entitled to take all the profits from that land but when he leaves that chieftainship, the successor chief will take over the land. In the words of Section 5(c) “to hold land in this manner, will be called to hold official mailo.”

The actual demarcation of both the mailo and the official mailo tenancies was not done until five years later when the Buganda Agreement (Allotment and Survey) Law of 1913 was enacted.

Since the mailo was under the control of individuals, or bodies to which it was allocated, it was necessary to put in place a statutory public body to manage the official mailo and herein lay the origin of the Buganda Land Board.

The Chieftainships holding official mailo were diverse, covering Saza Chiefs, Gombolola Chiefs, land held under Chieftainships of the Katikiro, Omulamuzi, Omuwanika and others described in the 1900 Agreement and elsewhere in the subsequent laws as official Mailo.

Indeed even the chunk of land allocated to the Kabaka under the 1900 Agreement was converted to official Mailo under Section 2(b) of the 15th June 1908 Land Law. The Buganda Land Board under whose authority the administration of the official mailo was placed, was a statutory body of the Uganda Protectorate.

It should be noted, that at the conclusion of 1900 Agreement, the Uganda Protectorate consisted of only one province, and that was the Buganda Kingdom.

The 1900 Agreement in Article 3 envisaged “other Provinces” which were in future to be added to the Province of Buganda Kingdom and indeed when the final demarcations of the Uganda Protectorate were made, three other Provinces namely; the Western Province, the Easter Province and the Northern Province had all been created and the four formed the Uganda Protectorate which eventually emerged into the current independent Republic of Uganda.

When the Uganda Protectorate gained Independence, the Constitution of the newly independent State of Uganda, so fit to dedicate the whole  chapter on the administration of  Public Land.

This was Chapter XII and under Article 118, Public Land in Uganda was to be administered by three sets of bodies.

The rest of Uganda, Land was administered by the Uganda Land Commission. The Buganda Land Board was  under Article 118(3) recognised as the body administering public land in the Buganda Kingdom.

It should be clarified that the Public Land in Buganda under the Buganda Land Board went under the nomenclature of official mailo.  All the Statutory bodies namely administering Public Land in Uganda namely; Uganda Land Commission, Federal Land Boards and District Land Boards,  were Constitutionally subject to the scrutiny of the Auditor General and therefore accountable to the Public.

The wind of change which blew across the Political terrain of the country swept away the 1962 Constitution and a new Constitution known as the 1967 Republic Constitution was promulgated.

Like the 1962 Constitution, the 1967 one, also dedicated a whole  Chapter on the administration of public land.

This was Chapter XII and Article 108 under that chapter   specifically set out the Land Commission of Uganda as the body to administer all the public land in Uganda.

For clarity, Article 108 (5) specified the various land entities vested in the Land Commission.

These included  every official estate held by a corporation sole by virtue of the provisions of the official estate Act and any land which immediately before the commencement of the 1967 republican Constitution was vested in the land board of a Kingdom or a district.

Thus, the public land which had under the 1962 Constitution been administered by the various Land Boards of federal units or districts were transferred to one single public body namely;  The Land Commission of Uganda.

Thus, the official Mailo under the Buganda Land Board was never confiscated; it was simply under the constitutional order of the day transferred to a public body under which the administration of all public land in Uganda was consolidated. 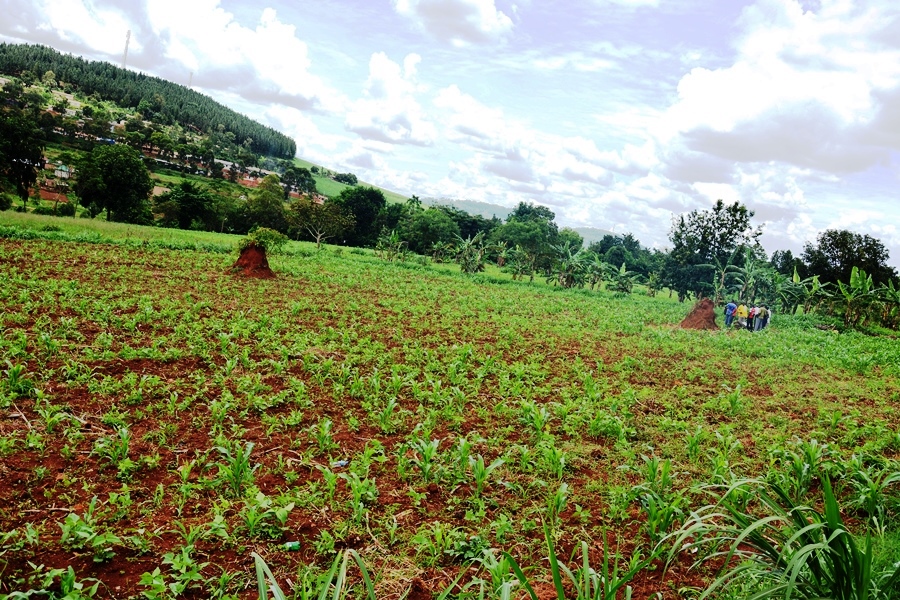 The duplicity of giving different names to public land depending on its location in Uganda, for example, Buganda Kingdom where it had been called official Mailo was streamlined with all other public land in the country under one body namely; the Uganda Land Commission.

It was public land being managed by Buganda Land Board whose administration was transferred to the Uganda Land Commission.

The 1967 Constitution like the one of 1962 created the position of an Auditor General for Uganda to which all public offices and institutions had to submit for scrutiny and were therefore subject to public accountability.

For avoidance of doubt, the 1967 Constitution, created Article 126 for the continuance in force of the system of Mailo to emphasise the difference from the public land which had been called official and which by the constitution had been streamlined by being moved from the Buganda Land Board to the Uganda Land Commission.

Its legal status going by its instrument of registration is that of a private limited liability company with one (1) shareholder. It has no accountability to the public and no queries can be raised by a public body on how the company is run.

It cannot legally claim ownership of public property by virtue of the Traditional Rulers (Restitution of Assets and Properties) Act 1993.

That Act having been enacted before the coming into force of the 1995 Constitution, must be construed with such modifications, adaptations, qualifications and exceptions which may be necessary to bring it into conformity with the constitution.

The 1995 Constitution cannot be construed to reinstate public assets to institutions by whatever name called which never owned them in the first place, from whom they have never been confiscated and by whom no official public accountability is exacted by the constitution.

Public assets can only be managed by individuals or body of individuals or corporations which can be scrutinised by the Auditor General and therefore accountable to the Public.

The Constitution has vested the administration of public land in the Uganda Land Commission, District Land Boards, or Regional Land Boards and all these public bodies are scrutinizable by the Auditor General and therefore accountable to the public.

Under the 1967 Constitution, when all public land had been put under the Land Commission, any monies accruing from the Land so vested under the commission had to be paid to such authority as Parliament may prescribe.

This mandate now falls to the three bodies indicated above which are constitutionally recognised to administer public land in Uganda.

Buganda Land Board being a private limited company has no obligation to account for any monies or benefit derived from the Land under its administration.

It is in this scheme of things that it is imperative for Buganda Land Board Limited to return the land it is illegally holding and profiteering from unjustly.  Public Assets cannot be in the hands of a private limited company.

The handlers of the Buganda Kingdom, must be humble and realise the Constitutional mistake of holding onto Land Titles and assuming proprietorship where no law obtains conferring ownership of public land to a cultural institution.

This is the decent way to do it, and this action shall go a long way in restoring respectability of the cultural leadership.

The ball is squarely in the hands of the sole shareholder of the Buganda Land Board Company Limited who has the unique historical opportunity to redeem the tremendous goodwill which surrounded the return of traditional/cultural rulers to the Uganda Political scene but which if left with no action taken shall surely disappear into oblivion.