Big Interview with Jimmy Akena: I’m comfortable working with NRM and the opposition, they need each other

Big Interview with Jimmy Akena: I’m comfortable working with NRM and the opposition, they need each other

In the interview, Akena addressed whether UPC is a weakened party, why he seems to prefer to work with the NRM government than the opposition and other matters.

In your own assessment as the year comes to an end, how has the party performed across the country in the last few years?

I am definitely not satisfied where we are. We had plans which were supposed to help boost our presence in the run to the 2021 general elections. As we were preparing to do internal processes we were hit by lockdown. We had to come up with mechanisms to try and mitigate and solve the issues (within the party). I am positive that we will be able to position ourselves better.

UPC used to perform well in the northern region, specifically the Lango sub region but the narrative seems to be changing as other parties take over the area. Does this mean the party is becoming weaker?

UPC still has a very strong foothold in the subregion. For instance, of the ten districts, five are headed by UPC, one is independent and I think four are NRM. There has been a change of the narrative on the circumstances of change. Prior to the signing of the peace process and people going back to their homes, there was a lot of hostility towards the government because people felt neglected. Then, there were some benefits of peace which NRM has been able to increase its presence (in the sub region).

But each election has its own factors. The last elections under the Covid-19 rules created a different dynamic and it didn’t favour the UPC kind of politics. Things changed; we had some difficulties.

There have been a lot of fights and misunderstandings within the party that led to formation of a faction led by Peter Walubiri. Many people believe that these divisions have greatly affected the party’s growth.

It affected the party more in the sense of financial support which was expected from the foundation (Milton Obote foundation) but electorally it did not seriously damage the party. No candidate fronted by Walubiri succeeded, but they were able to (divide) some votes in some constituencies in Lango sub region. It was more of reducing the perspective of UPC rather than actively seeking active elected representatives.

What initiatives have you taken to unite members within the party, especially those that have been fighting you? 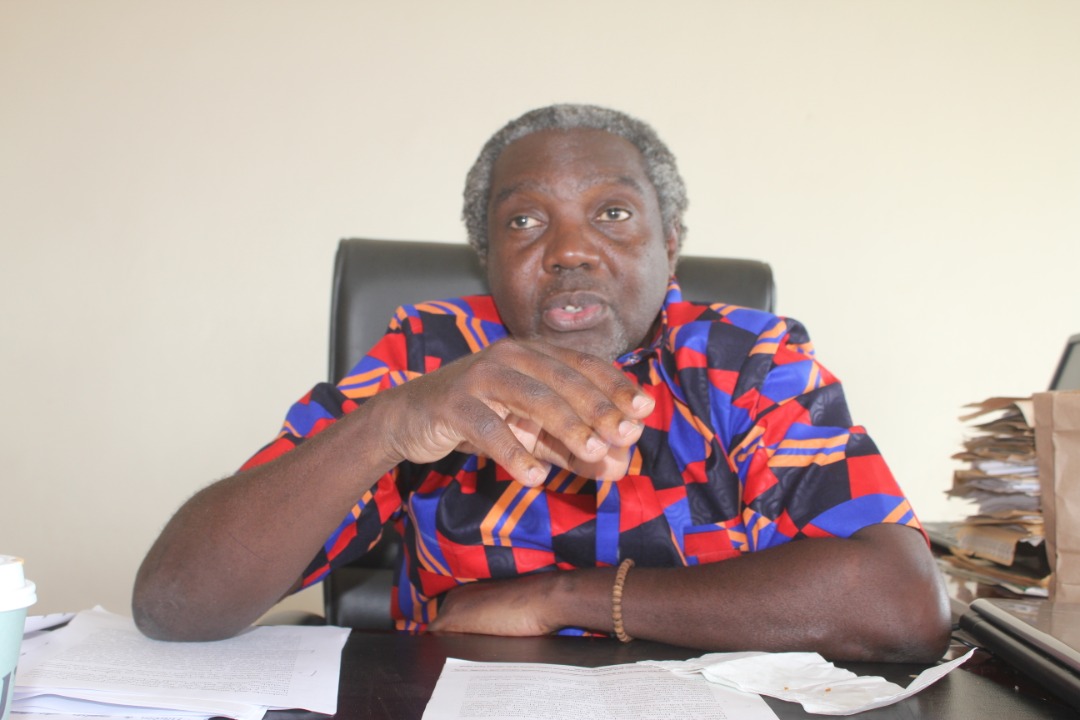 I had opened doors for unity. The biggest issue where there is no way we can agree was when there was an attempt to mortgage Uganda House. My position has been and remains, this being the party headquarters building, you must get the mandate of the party organs not sitting on the small cocoons. If you want to mortgage this building, get the clearance from the delegates or National Council. They tried to mortgage the building without(consent). I have fought them and if they continue, I will fight them. As long as I have breath, I cannot accept the UPC party headquarters building to be mortgaged without the consent of the members. If they believe they are right and ready to put their case to the members, no problem. But using the backdoor is not acceptable and for me it is irreconcilable. I am interested in seeing UPC moving forward.

If your late father Milton Obote were to come back, would he be happy with the way you are running the party?

When I came in 2006, one disagreement I had with my father was that UPC was going to do wonderful, that was the belief I had and his views was 20 years of dictatorship, you would struggle. 20 years of entrenched dictatorship is not something which you easily overcome. We have seen otherwise. We have been able to penetrate largely across the local governments. We have our presence. We dominate a lot of the countryside. There has been deliberate work to get our own grassroots back in place. Those who are accusing me, what have they brought forward for the party? The party is more than criticizing Museveni.

UPC has on several times been accused by some opposition seeking forces of being in bed with the ruling government. Did you sign any agreement with NRM?

No. We discussed how there can be a level of limited engagement but there is no memorandum of understanding. And this has been part of my wide outreach on how to handle politics. In every election we compete as independent entities. As such I have always had an NRM candidate against me and all our members have always competed with NRM candidates.

People claim that it seems you feel more comfortable working with NRM than the opposition. Is it true?

Why does UPC distance itself from the opposition activities?

UPC was key in the antipolitical forces for cooperation. We were key in developing consensus which later led to (formation of) Interparty Organisation for Dialogues (IPOD). We were being engaged at several different levels but that does not mean that everything brought (by the opposition) must be accepted. We will analyse and look at the issues individually and see whether our interests are covered.

Something being fronted by a section of the opposition; it does not mean that we should automatically jump on to it. Within the opposition we may have different points of view. So even when people are saying we are together, when you look at the policy presentation, often it is different. Every party has a different policy.

Have you ever had any engagement with any opposition political party on the issue of working together?

We do interact together on many issues across the board. (For instance) in the Parliamentary Committees we work together. There are many issues where you can find a common ground. It depends on the initiative brought on board. The red card thing I was not there. I was invited but (I refused because) I asked what it was about. I sat and I found out the details and I thought no (we cannot join the front) because this cannot help push forward the party.

UPC has on several occasions said the removal of president Museveni from power is not one of its main issues, do you still stand on that position?

I will put it this way. I want a more responsive government which (can deal with) the needs of the people. Where we are, we have a fully-fledged military government for 20 years which started opening up space from 2006. Behind the scene those structures still remain in place. My approach has been that as we move towards a more encompassing democracy, we need to bring on board those who are holding out, which is the NRM. The issue of transition we cannot do without the NRM. You want NRM to be part of the transition we are talking about. If I isolate the NRM and get rid of them, you create that divide.

I have taken the route of more engagement and in the meantime, I have realized the weaknesses which I found myself in. The party is not the party which it was in the 1980s. For that real transition to work, all the political parties need to be well organised and be able to guide citizenry in order to achieve that one. NRM needs to improve on how it handles its internal processes and involves its membership.  UPC the same, FDC the same. That is what is going to lead us to that democracy we are talking about. I don’t realistically see a short cut but in politics many things can happen but that is the route.

In your view, how has IPOD helped in shaping debate about political transition in this country because that is one of the most critical issues on the side of the opposition?

There is this tendency of expecting that you can achieve(everything) in IPOD what you didn’t achieve in Parliament, it cannot work.  If you cannot achieve in the ballot; you cannot achieve in IPOD.  The way IPOD is structured is that every member has veto power. If I bring something which a party is not comfortable with, it will never go through. There is nothing you can pass through IPOD which will disadvantage any member. The only thing which can pass through is something which is mutually beneficial across the parties. If you want to bring something which NRM is not comfortable with, it will never pass through.  You can not pass things which are going to damage UPC, I will refuse.

Some political parties claim the reasons why IPOD was formed have been ignored. That it is now sort of a club that meets to have tea and chat

Tea is drunk, yes but I will tell you this, if I can sit down with you and drink tea, I can discuss more matters but if I can’t sit with you in the same room, what are we going to talk about? I was the first person to say even if it is drinking tea, let’s start there. If we can handle the tea and small conversation, it gives the opportunity to open up on larger issues but we have people who can’t sit in the same room. How can you discuss something of great importance for the country when you can sit together and you can look at each other?

Are you not afraid that the withdrawal of the donors will affect the progress of IPOD?

We had agreed that the government of Uganda is supposed to take up the funding and there is supposed to be a new secretariate set up. We have had implantation issues which we hope we are going to be able to clear and IPOD will be able to function with a complete secretariat.

Your last message to the people of Uganda as they celebrate Christmas and usher in the new year.

Let us mark the day responsibly. Christmas is a very important day; it is a day for hope for all Christians and the new year is a new beginning. It is to put behind something difficult you have gone through and start away forward.

The Deputy Thomas Tayebwa has described the Uganda People's Defense Forces (UPDF) conduct as a true testimony of the transition...