MPs Ssegirinya, Ssewanyana to spend Christmas in jail due to absence of trial judge

MPs Ssegirinya, Ssewanyana to spend Christmas in jail due to absence of trial judge

The International Crimes Division of the High Court has set February 20, 2023, for the pre-trial proceeding for two jailed Members of Parliament, Muhammad Ssegirinya and Allan Ssewanyana.

Ssegirinya of Kawempe North and Ssewanyana of Makindye West constituencies will appear before court in February at 9:30 am due to the absence of trial Judge, Alice Komuhangi Khauka today.

The duo will  return to court for their bail application.

Komuhangi Kaukha was appointed to hear the case in September this year to take over the case of the two jailed MPs. This followed the transfer of trial judge Elizabeth Alividza to the Land Division of the High Court.

On September 1, 2022 the case stalled due to the absence of a new trial judge.

While appearing on Zoom on Monday morning, the Registrar Pamela Lamunu Ocaya adjourned the case which means that the two MPs will be celebrating their festive season in prison for the second time in a row.

The registrar issued a production warrant directing prisons to produce the suspects physically on February 20, 2023 after the embattled legislators failed to appear before court physically on September 7, 2022.

Shortly after the Court session, the MPs’ lawyer, Samuel Muyizzi Mulindwa said they have been facing difficulties in talking to their clients to swear and file supporting affidavits to their petition because prison was not accessible for fear of spread of Ebola and Covid-19. 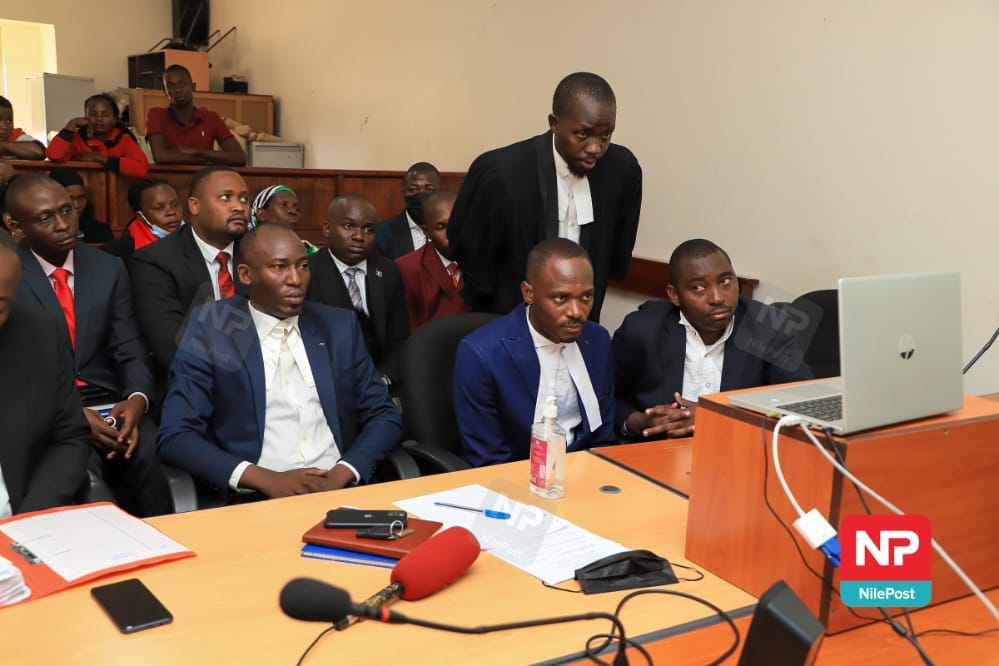 Ssegirinya and Ssewanyana have been on remand at Kitalya government prison for 12 months on charges of murder, terrorism, and attempted murder relating to the wave of Machete murders that hit the Greater Masaka region last year.

The MPs who are charged alongside the other 5 people have since maintained their innocence.

Trouble for the MPs started on September 3, 2021 when the Commissioner of Police, Paul Kato Tumuhimbise on behalf of the then Criminal Investigations Director, Grace Akullo wrote to the Speaker of Parliament summoning them to appear before detective Moses Taremwa at Masaka Police Station on September 6 and record statements in connection with the July and August 2021 Greater Masaka spate of machete killings.

At least 26 people were killed and several others injured by the assailants in Lwengo and Masaka districts. The majority of the victims were elderly people living alone in their homes.