Gov't partners with UNDP to educate public about Ebola response

Government through the Ministry of Health has warned  the Muslim community to desist from the practice of washing the body of a person who has died of Ebola, noting that the dead body is more infectious than those with the disease but still alive.

The Minister of State for Health in Charge of Primary Healthcare, Margaret Muhanga told the Nile Post that recently in Kassanda District a person who died from Ebola was buried scientifically but the later on the body was exhumed because the person was not buried according to Islamic teaching. Unfortunately, Muhanga said those who participated in washing the body all died.

“Muslims leaders should pass out this information to their followers not to wash the body that has scientifically been buried. People should listen to these leaders. Most people want to listen to religious and cultural leaders,” she said.

The Minister made the remarks as the United Nations Development Programme (UNDP) Uganda partnered with the Ministry, cultural and religious leaders to scale up the national Ebola response during a high-level engagement on “Leveraging Partnerships for Public Health Emergencies” held at UNDP offices in Kampala.

This initiative is aimed at curbing transmission of the virus, minimizing mortality, disruption of socio-economic and health systems and improving standards of care for affected persons. 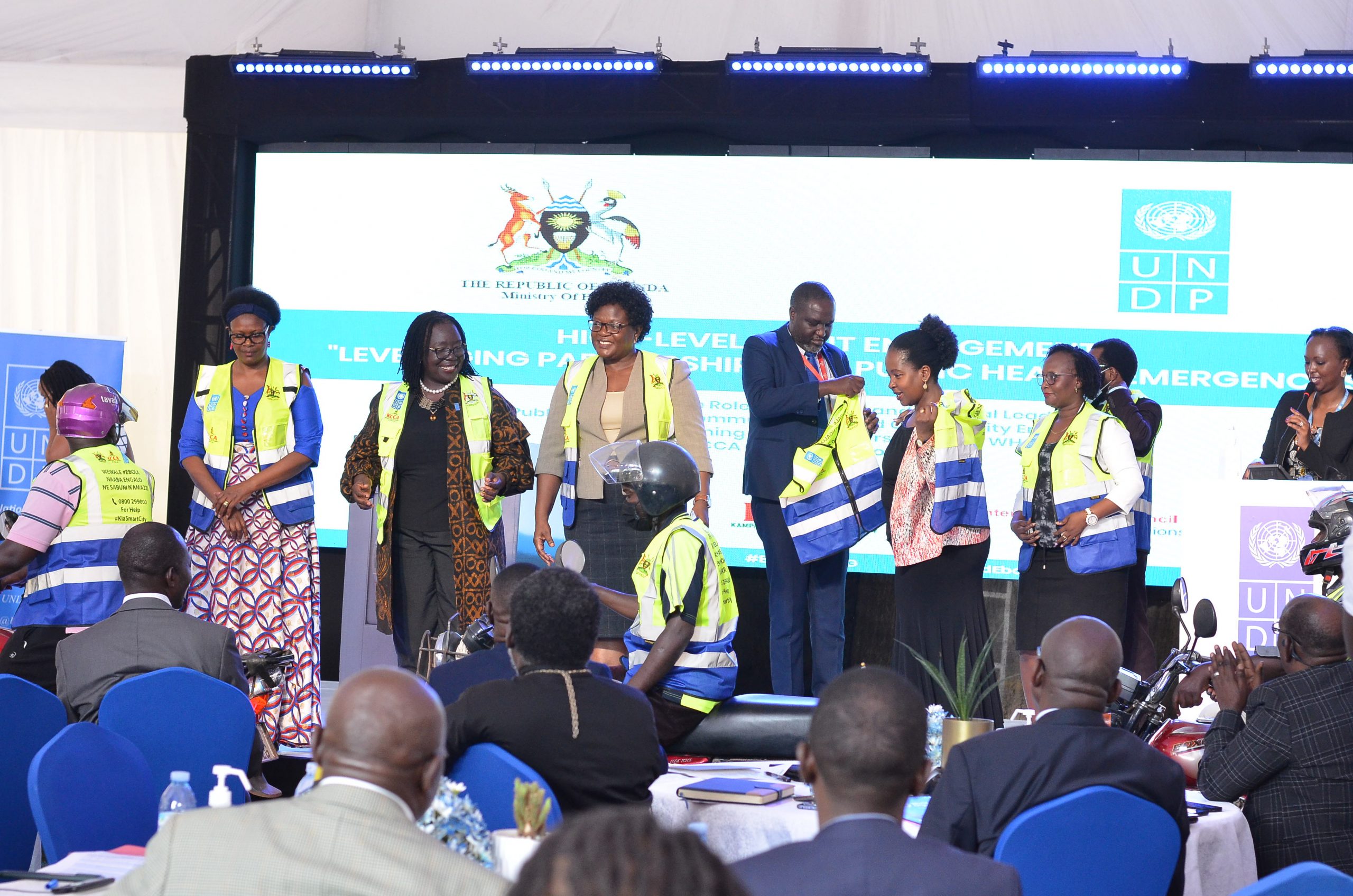 Under this initiative, UNDP is working with the Ministry of Health, the World Health Organisation, the Inter- Religious Council of Uganda, Buganda Kingdom and Kampala Capital City Authority to improve standards of care and strengthen public health risk communications and community engagement with emphasis on risk groups such as boda boda riders and other vulnerable populations.

Provision of heavy-duty washing machines and incinerators to support Infection, Prevention and Control (IPC) and deployment of specialist UN Volunteers to support the National Ebola Response in high-risk areas has been prioritized.

A total of 20 technical experts who include eight infection prevention officers, two psychosocial support officers, four case management officers and six nurses have so far been deployed through the World Health Organisation to improve standards of care for Ebola patients, suspects and survivors and minimize transmission in healthcare settings and communities.

Muhanga commended UNDP for partnership with traditional and religious leaders in supporting this initiative.

Attafuah also called for innovative ways of enhancing preparedness and response to emergencies, “We are confronting a perfect storm of evolving threats and growing uncertainty where Uganda has to find innovative ways to build system resilience to tackling impacts of multiple crises at a go – Ebola, Covid-19 pandemic, flooding, drought, hunger, rising prices, etcetera,” she said.

Following the outbreak of the Ebola Virus Disease, the United Nations Development Programme repurposed core resources and secured additional funding from the UNDP Crisis Bureau to contribute about shs 4.85 billion to the national response.