Famous chef turns out to be killer on the run

The Uganda Revenue Authority (URA) has reignited the fight against cigarette smuggling in the country shortly after receiving a tobacco crushing machine (Hammer Mill) from the British American Tobacco(BAT) in an effort to speed up the move. 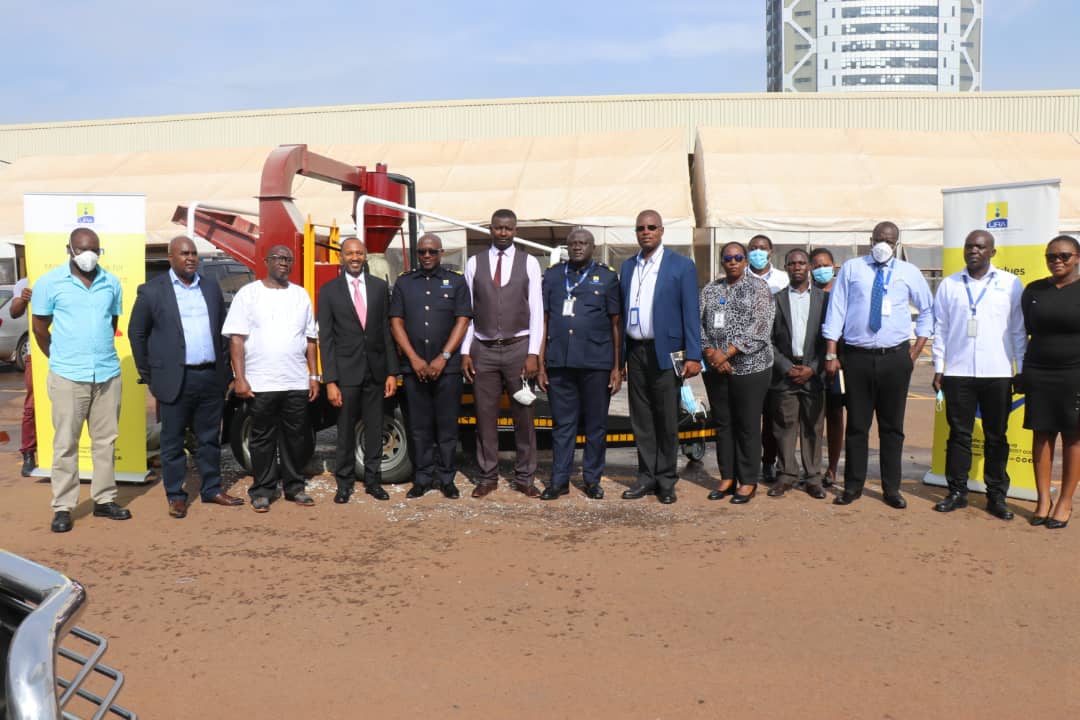 The tax body said this machine will help in saving the taxman millions of shillings and hundreds of kilometres traveled in the name of contraband cigarette destruction.

Through the use of technology, the hammer mill will provide a more convenient and cost-efficient way to destroy illicit cigarettes compared to manual methods.

The tax body has on several occasions maintained its stance of non-tolerance to smuggling by regularly carrying out sweeping operations to curtail the vice.

The machine, according to the authority, has birthed a purposive initiative to combat illicit cigarette trade with legitimate manufacturers like BAT to protect the Ugandan market.

The acting commissioner customs, Dr. Geoffrey Okaka noted that the authority spends over shs 92 million on destruction of impounded cigarettes.

He further reckoned that this year alone, 61 million assorted cigarettes were destroyed while 1,426,744 cigarettes are still under their custody.

BAT Uganda’s managing director, Mathu Kiunjuri noted that illicit trade is a serious issue that the industry has grappled with for years citing this year’s illicit cigarette trade incidence of 27.5%, a spike from 23.8% in 2021 as an example of the gravity of the vice.

Between 2019 to 2022, the URA enforcement teams in Kampala, Elegu, Arua, Madi Opei, Pakwach, Corner Kamdini and other remote stations relying on intel-led operations seized more than 293,099 cartons of illicit cigarettes valued at shs 1,219,920,000

It is estimated that the government loses approximately Shs 30 billion annually to illicit trade.

The biggest concern for the industry relates to tax-evaded cigarettes that bear no digital tax stamps. The public is urged to shun and report non-stamped cigarettes on sight.

The leader of the National Unity Platform (NUP) Robert Kyagulanyi, alias Bobi Wine has challenged leaders at all levels in...

People are descending on South Sudan's capital, Juba, in order to welcome Pope Francis when he arrives on Friday. He...

The Uganda Civil Aviation Authority (UCAA) has in an unprecedented move backtracked on its earlier notice banning the taking of...

Several people have been arrested in Cameroon over the murder of a prominent journalist Martinez Zongo, the presidency said on...

Famous chef turns out to be killer on the run