Kyagulanyi added, “I tasked all NUP leaders at all levels to rise to the occasion and prioritise this matter which touches the lives of our people."

NUP president Robert Kyagulanyi has praised MP Francis Butebi Zaake for insisting on raising the issue of abductions in parliament.

On Tuesday during plenary, Zaake lost his cool and shouted at the top of his voice after the Deputy Speaker Thomas Tayebwa denied him a chance to table issues concerning the ongoing kidnaps in the country. 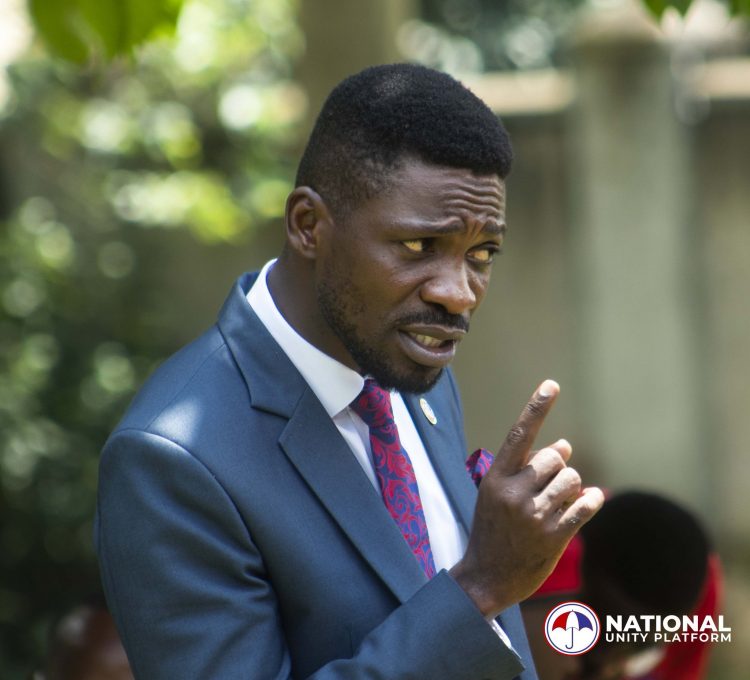 Speaking to the media on Wednesday in Kampala, Kyagulanyi said Zaake was right to bring the the issue of the ongoing abduction of their supporters and other Ugandans to the floor because it is a matter of utmost urgency which all leaders must condemn and seek an immediate halt to.

“It is such a pity that instead of steering the House towards finding a solution, the Deputy Speaker Mr. Tayebwa has chosen to trivialise the abductions as mere “drama”. But again, what would you expect of a man who was captured on camera torturing a government worker?” he queried.

Kyagulanyi stated that Tayebwa and other enablers of these human rights violations must know that what they call ‘drama’ is affecting real lives and destroying families out there.

“They should not be fooled by the false sense of safety their offices give them, believing that they are insulated from the very injustice they are promoting. None of us is safe unless all of us, “he said.

According to Kyagulanyi, hundreds of Ugandans are abducted each day and taken to unknown destinations where they are subjected to horrendous forms of torture, while others have died in those illegal detention centres.

He called upon the international community not to look on as the crimes against humanity are being committed in Uganda.

“I tasked all NUP leaders at all levels to rise to the occasion and prioritise this matter which touches the lives of our people. There can be no sane discussion about anything else, when we don’t even have a right to exist, “he said.

He said it was very difficult seeing mothers and sisters of their supporters who were abducted crying for help.

Last week, Tayebwa directed the Minister for Internal Affairs, Kahinda Otafire, to present a statement to the House on the ongoing spate of attacks on police stations, which has spurred fear in the public.

During the Wednesday Parliamentary sitting, the state minister for Internal Affairs, Gen. David Muhoozi, presented a statement disclosing the motive of the assailants targeting police posts.

The National Social Security Fund has defended its performance over the last 10 years before parliament. The NSSF senior management...