Janet Museveni (right) with Kasule Lumumba at the function

The First Lady, also Minister of Education Sports Janet Kataaha Museveni has called for stringent measures against men who lure young girls into sexual acts, which have forced many into early marriages, unwanted pregnancies and as others even contract HIV/AIDS.

This was during the launch of a campaign dubbed ‘Protect the girl, save the nation’ which seeks to address cases of defilement, child marriages and teenage pregnancies and promote positive living.

According to the Uganda Police Annual Crime Report (2020), there were 13,613 defilement cases reported in 2019 and 14,134 defilement cases in 2020, indicating an increase of 3.8% over the two-year period. The most affected were adolescents between 9 and 17 years of age.

This prompted UNICEF to support the launch of the “protect the girl, save the nation” campaign, which seeks to address defilement, teenage pregnancy, and child marriages in Busoga and promote positive parenting.

While officiating at the launch of the campaign, the education minister Janet Museveni condemned men who lure young girls into sexual affairs and called for stringent measures against perpetrators. 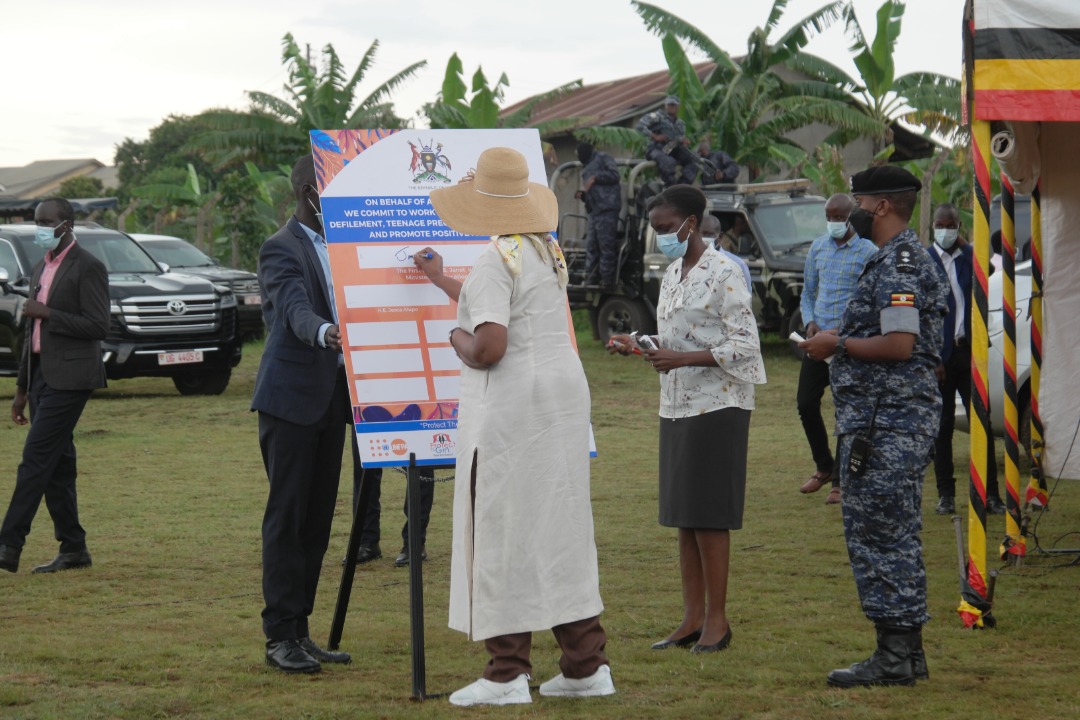 She also tagged the increasing levels of immorality in schools on campaigns calling for the introduction of contraceptives and condoms in schools.

The Ambassador of the European Union to Uganda  Jan Sadek has pledged to continue play their part to empower women and girls to achieve their full potential.