Residents of Bukomansimbi district have started collecting money to construct their roads after being repeatedly told that government does not have the resources.

The exercise started last week in Katanda sub county on Kayanja-Gayaza-Mitigyeera-Makukuulu road. This road is most used by farmers to transport their goods.

In Katanda, residents mobilised funds to fix a road drum which joins three parishes of Mitigyeera, Gayaza and Makukuulu all in Kitanda.

During the process, a resident explained, “We have been crying to our leaders that the roads are bad but they failed to help us. Sometimes we are forced to sleep in our cars when they get stuck on the road. We had to do something.”

Another resident involved in the communal self help activity sometimes dubbed “Bulungi bwansi” said, “This is a place where vehicles come from the village loaded with farming goods and get stuck. Vehicles fail to reach markets because of the bad road and the goods get spoilt on the way. We also suffer from thieves who target us because you cannot drive fast on this road. We have to do something.” 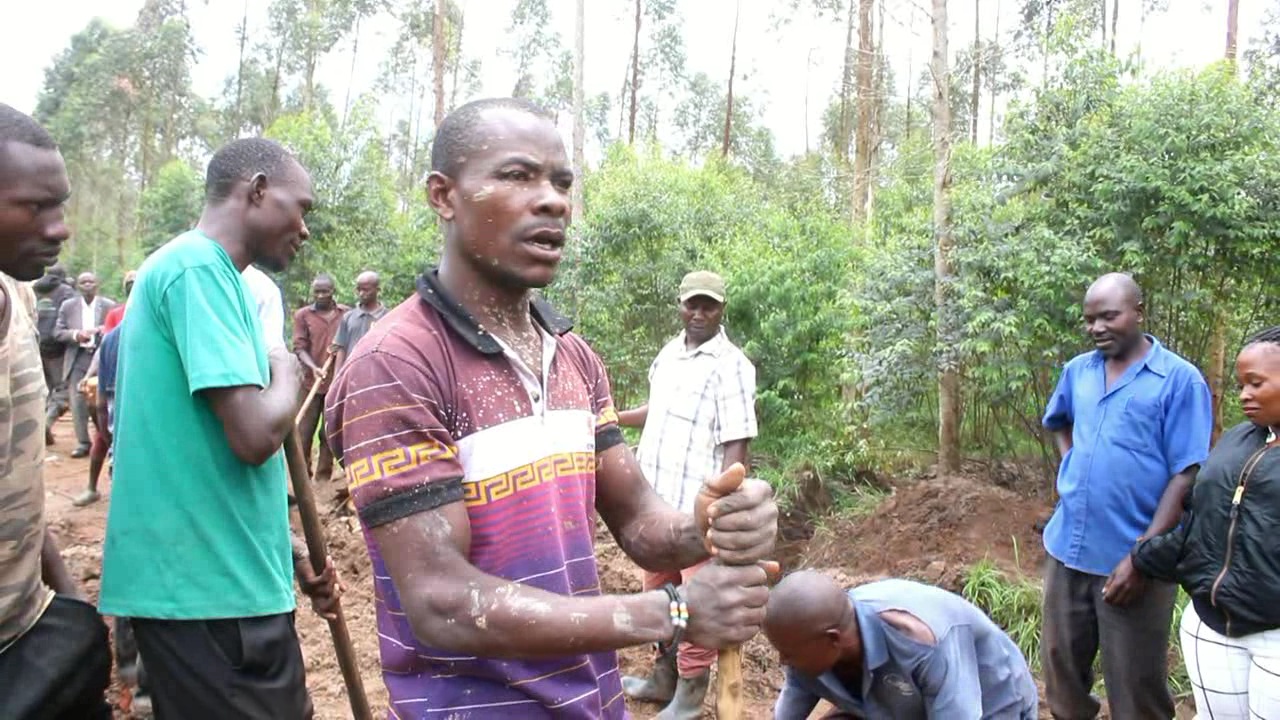 Many said that they had become fed up of being told by their local leaders that government does not give them enough funds to repair or construct the roads.

A Local Council III chairperson for Kitanda sub-county Joseph Kamuli said he had only received two million shillings to run the sub county in this quarter. 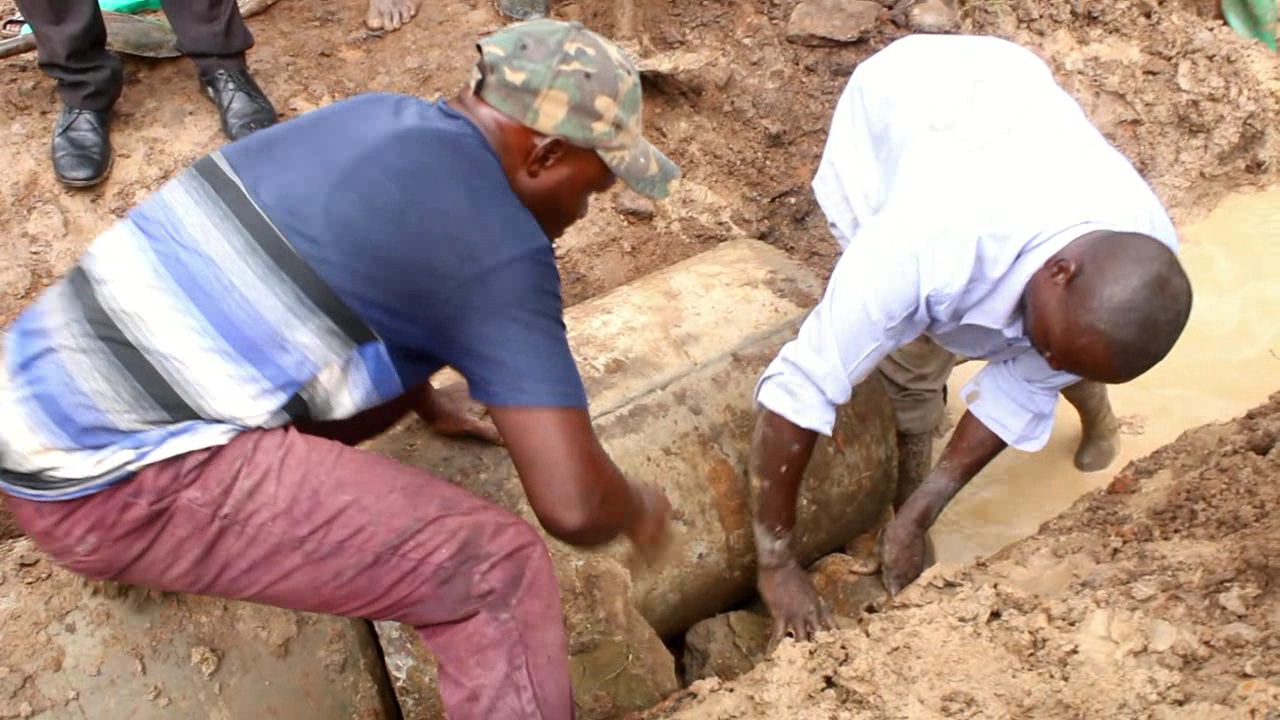 Kamuli went on that, “ We have to dive this amount and ensure there are allowances for technical team, executives,  council meetings and it where we are supposed to get money for roads. The money is not enough. That is why we urged the people to help us and themselves in the spirit of bulungi bwansi.”

The LC5 chairperson Nyenje Fred Kayiira said that this financial year the whole district received shs.88m  to construct the roads. 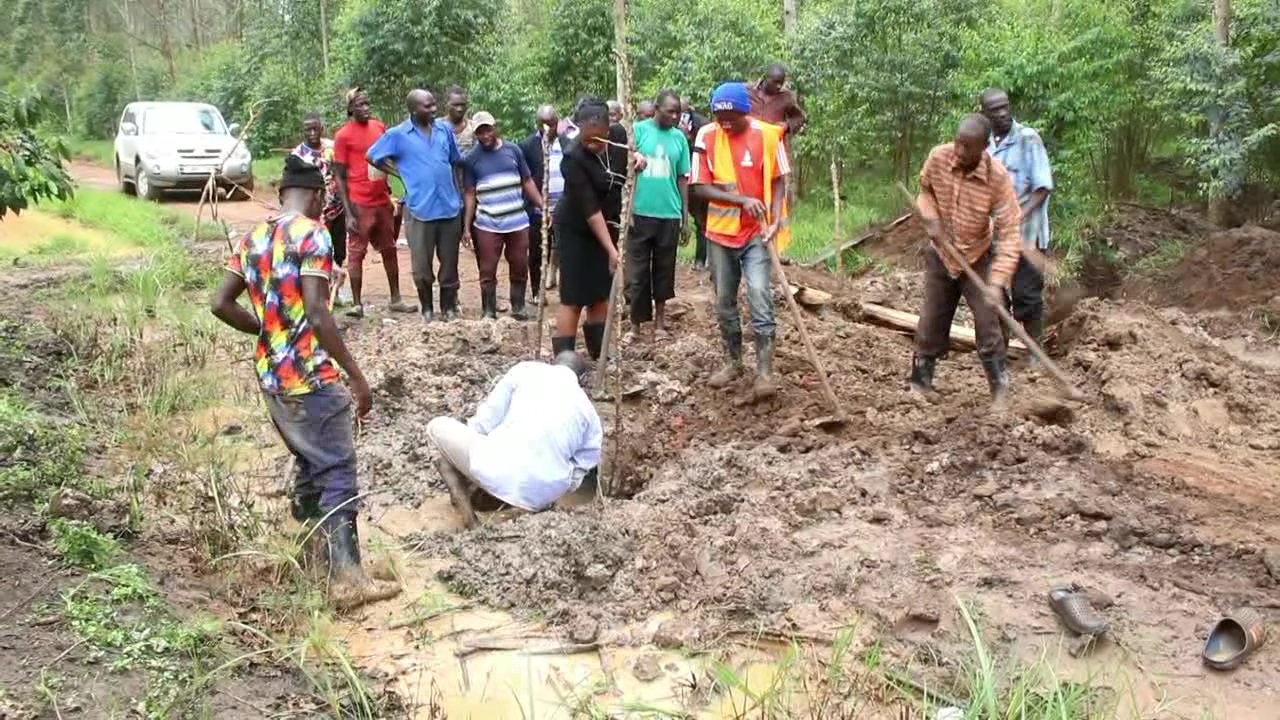 He said,  “Last financial year we only managed to maintain three roads but this financial years we don’t know how many we will maintain.”

Bukomansimbi representatives led by chairperson district roads committee Veronica Nannyondo joined hands with the locals in the communal self help project. She noted that since government is still looking for money, she will take the programme across the district in the meantime in a bid to maintain the roads.