Baby bites snake and kills it after it bit her first

Baby bites snake and kills it after it bit her first

In a shocking incident, a two-year-old girl responded to a snake biting her by biting it back in return and killing the reptile.

The incident took place in the village of Kantar, near Bingol, Turkey, on August 10.

The toddler was playing in the backyard of her family’s home when her screams brought neighbours running. When they reached her, they found her with a bite mark on her lip, and a snake between her teeth.

The little girl, who has only been identified by her initials, S.E, was rushed to Bingol Maternity and Children’s Hospital after the incident, where she was placed under observation for 24 hours. 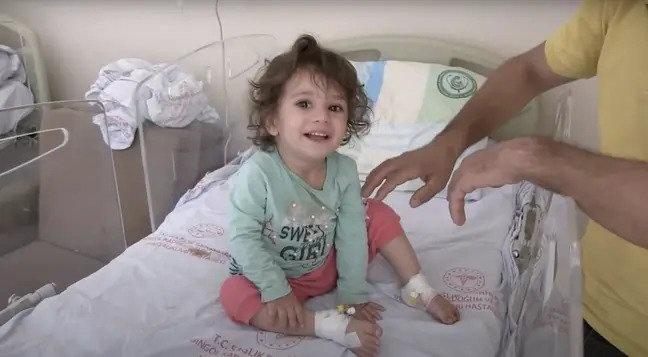 After spending time in hospital, the girl is now reported as doing well and recovering.

The snake later died from the toddler’s revenge bite.

As per local reports, the girl had reportedly been playing with the snake before it bit her on her lower lip. The girl retaliated with a bite of her own, which proved to be fatal for the reptile.

The toddler’s father Mehmet Ercan was at work when the snake struck.

“Allah has protected her, really. Our neighbours have told me that the snake was in the hand of my child, she was playing with it and then it bit her. Then she has bitten the snake back as a reaction,” he said.

As per Newsweek, Turkey is home to around 45 different species of snake. Of these, 12 are venomous and dangerous to humans, and should be avoided if encountered.

MORE DETAILS: How UK-based Ugandan lost life while trying to save son in River Nile

The US says it will ease internet curbs on Iran to counter Tehran's clampdown on protests which were sparked by...

London ready: City prepares to host 100 state visits at once as VIPs come for Queen’s funeral

The moment the death of the Queen was announced, officials organising her funeral began the mammoth task of arranging for...

Girls kidnapped by men on motorcycles found hanged in forest

Two teenage sisters have been found hanging from a tree in the Indian state of Uttar Pradesh in a suspected...

Xi and Putin to discuss Ukraine war at meeting – Kremlin

China's leader Xi Jinping and Russia's Vladimir Putin will discuss the war in Ukraine and other "international and regional topics"...