Weasel’s Sandra to Chameleone’s Daniella: “Thanks for your concern but stay out of my family issues”

Weasel’s Sandra to Chameleone’s Daniella: “Thanks for your concern but stay out of my family issues”

Socialite Sandra Teta has told her sister-in-law, Daniella Atim to stay out of her family issues.

Recently, Daniella who is also wife to singer Jose Chameleone, came out strongly to accuse his brother Weasel of battering his lover Sandra.

The allegations followed photos that went viral on social media, showing Sandra’s face with bruises which were said to have been inflicted on her by Weasel. 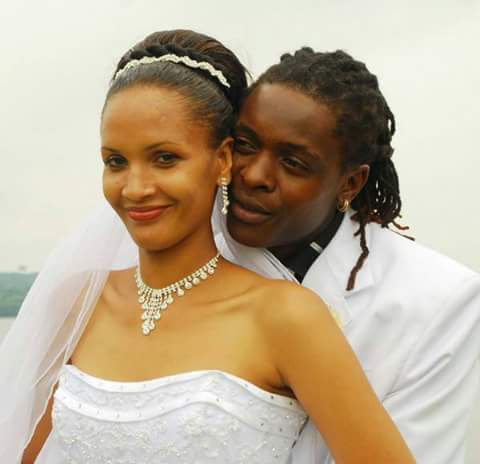 Despite the socialite coming out to downplay claims that she was beaten by Weasel, Daniella insisted that she had had a conversation with her and she confessed to being beaten.

Daniella had since started an online campaign to seek justice for Sandra and had as well called upon her husband and mother-in-law, not to side with Weasel.

One of the people that suppported Daniella’s campaign is singer Buchaman’s wife, commonly known as Mama Ghetto, who through social media and TV interviews, vowed to ensure that Weasel is brought to book.

However, Sandra, through social media, has disclosed that whereas she welcomes concerns by Daniella and Mama Ghetto, she wishes for them to stop interfering in her family business.

“Daniella! Thanks so much for getting concerned about me!! But right now I think enough is enough.I think if Mama Ghetto was trying to help, she would as well let that audio play to the end because I also talked to her husband about her letting my family be!”

She added, “This is my family you and your family too! So, please let me handle my family business! If I need your help I will reach out!..”

It should be remembered that last week, Sandra alongside her two children, returned to Rwanda.

The socialite according to Rwanda’s envoy to Uganda, Joseph Rutabana, was accompanied by her parents who had jetted in the country to try to help her out.

Tiktoker nurse jokes about killing patients, called in for questioning

A new study done by the Cross-Cultural Foundation of Uganda (CCFU), a Non-Governmental Organisation has shown that positive cultural resources...

Tiktoker nurse jokes about killing patients, called in for questioning