“I thank the police leadership for creating the directorate of Forensic services. This is a very formidable and efficient directorate. You are doing a very commendable service for police and Uganda at large,” Brig Ddamulira said.

“As Crime Intelligence, we benefit so much from forensic services. We work so closely and most of the cases recently handled in the country we have been very closely working together and we have been building on them using assistance from Forensics services.”

The Crime Intelligence boss was on Friday speaking during a thanksgiving ceremony for promoted officers in the Police Forensics directorate.

The directorate has in the past years been so active especially in providing scientific evidence linking criminals to crime scenes.

For example in the assassination attempt on Works and Transport Minister, Gen Katumba Wamala, using scientific evidence provided by the Forensics directorate, it was established that the gun used in the shooting had earlier been used in previously murder of Maj Muhammad Kiggundu. 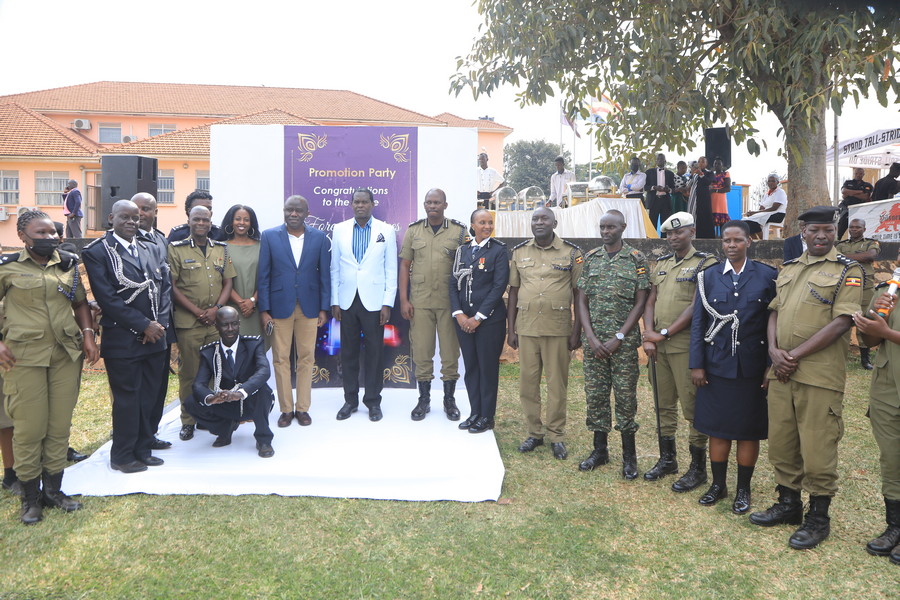 The Forensics directorate has also profiled several criminals in the country using DNAs found at different crime scenes and this way, in a case any of them is arrested, it is easy to link them to earlier crimes.

Speaking on Friday, AIGP Brig Ddamulira said that the Forensics directorate of the Police has been instrumental in helping the force break several criminal gangs and solve complex cases that would have remained unearthed had it not been for forensic evidence.

“For my three years I have been in police and working with this service, I think I have been given the best deal from this directorate,” Brig Ddamulira said.

“For any member of the armed forces, promotion is the sweetest thing to happen and I can feel what is happening now. By being promoted, know that your good work is being seen and appreciated by your supervisors.”

The acting Forensics director who was recently promoted to the rank of Senior Superintendent of Police, Andrew Mubiru hailed President Museveni for the wise decision to empower the directorate that he said has seen the directorate scale greater heights.

“This started way back in 2012 and he(Museveni) knew that police needed these services and he sought to strengthen them. He guided the Police Force,”Mubiru said.

He applauded the leadership of the Police Force for emphasizing scientific investigations as opposed to the previous way of carrying out investigations basing on hearsay and eyewitnesses.

“This has enabled us to showcase what educated young men and women in the forensics services can do. The CID has to make investigations but forensics is here to support them in carrying out scientific investigations. These promotions we have got are not only to embolden us but to also give us that sense of bigger responsibility to support our colleagues in investigations and operations among others,”Mubiru said.

The CID director, AIGP Tom Magambo hailed the Forensics Directorate for role in helping out during investigations in a bid to fight crime.

Rubaga Miracle Centre Cathedral senior pastor and founder, Robert Kayanja said whereas despised by many, police in general has done a commendable job in ensuring peace in the country.

“Police has a great role it plays in nation building to not only enforce the law but to also keep it.  The judges wouldn’t have work if there was no evidence provided by police. The use of forensic services has been here on earth for a long time and has been crucial. If you critically look in the Bible, you will know police officers are servants of God,”Kayanja said.

“Your work is a call of God. You carry a lot of authority that is given to you by God.”