The High Commissioner of Uganda to South Africa, Paul Amoru, on Thursday presented his letter of credence to the President of South Africa, Cyril Ramaphosa.

The event took place at the Presidential Guest House of the Republic of South Africa in Pretoria.

In his remarks, Amoru expressed gratitude to his host for the immediate opportunity granted to him to present his letter of credence which would fully operationalise his duties in Pretoria, South Africa. 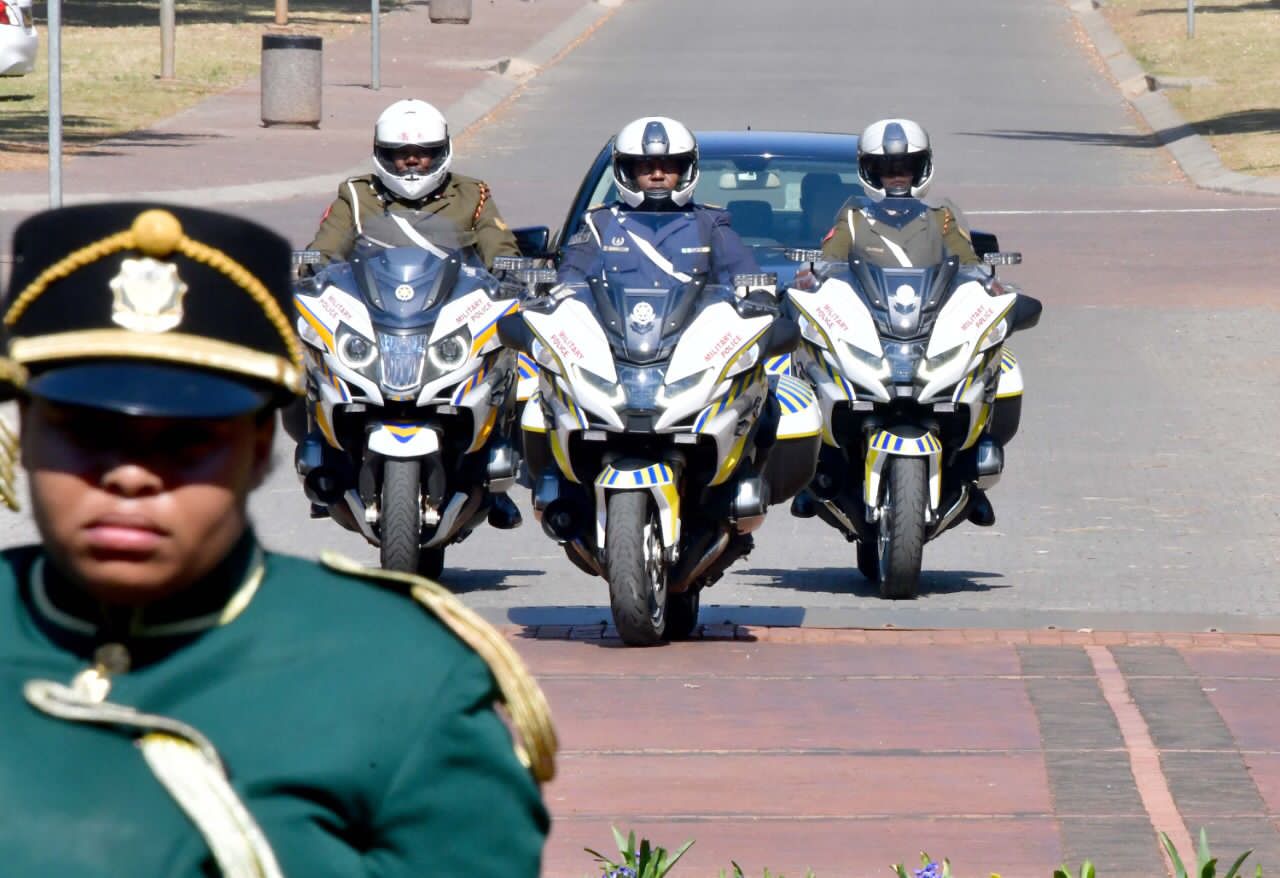 Speaking at the event, the high commissioner, underscored to his host the existing excellent and cordial bilateral relations between Uganda and South Africa which he said are anchored on a blood bond that dates far back before South Africa got her Independence.

Amoru highlighted to his host that Uganda provided a sanctuary for the South African freedom fighters of uMukonto Wesizwe the military arm of ANC after the UN Security Council Resolution 435 that led to withdrawal of ANC from Angola to the Camp in Kaweweta- Luwero, which later in 1998 became the Oliver Reginald Tambo School of Leadership & Pan – African Centre of Excellence.

The centre later became a home and training ground for the ANC freedom fighters. 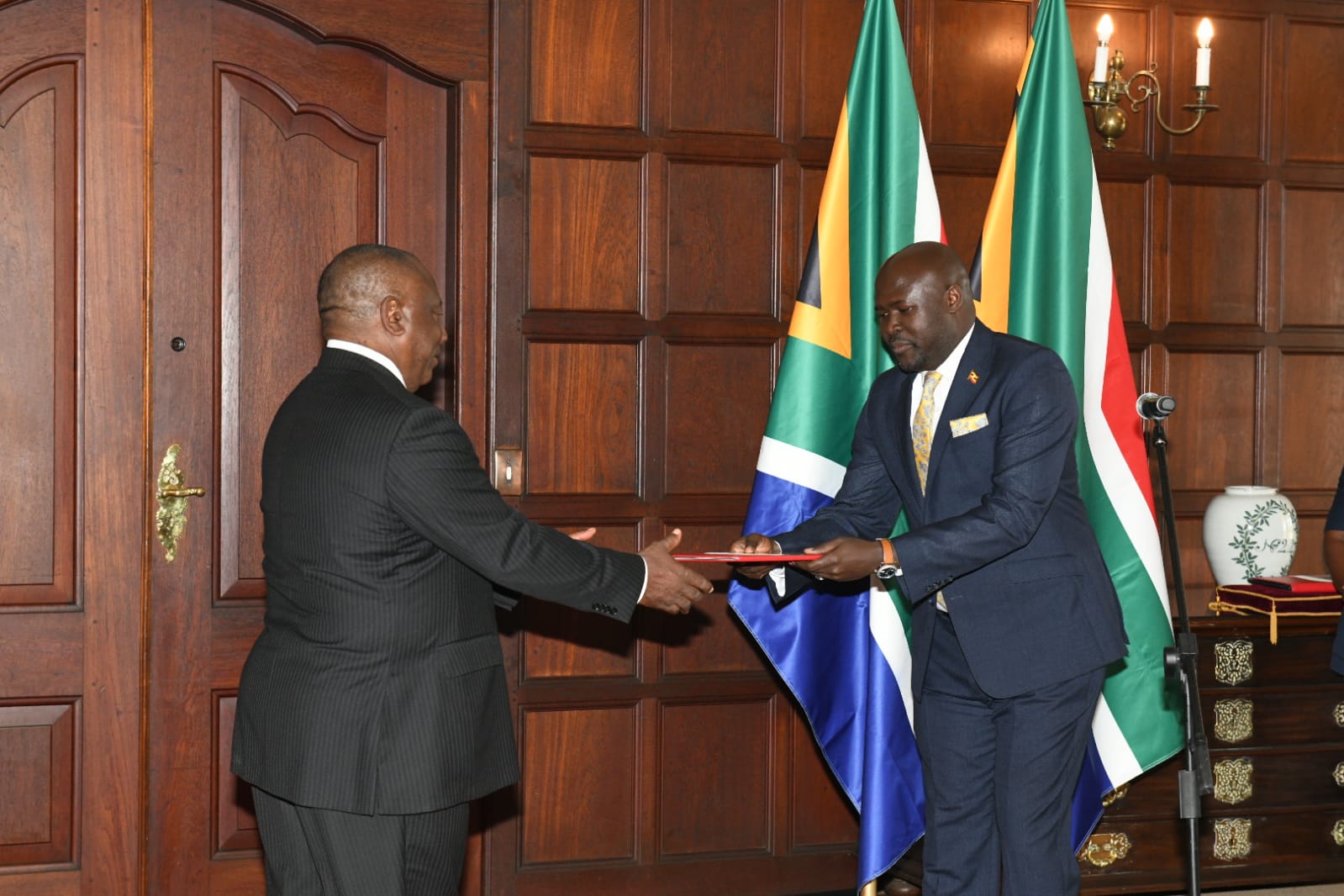 “This shared history of struggle for the freedom and progress of our people remains the umbilical code that connects our two great countries,” the high commissioner said.

He added that his government and the people of Uganda take pride in the support shared by the two countries for the uMukhonto Wesizwe team during the struggle for freedom and democracy for the Republic of South Africa. 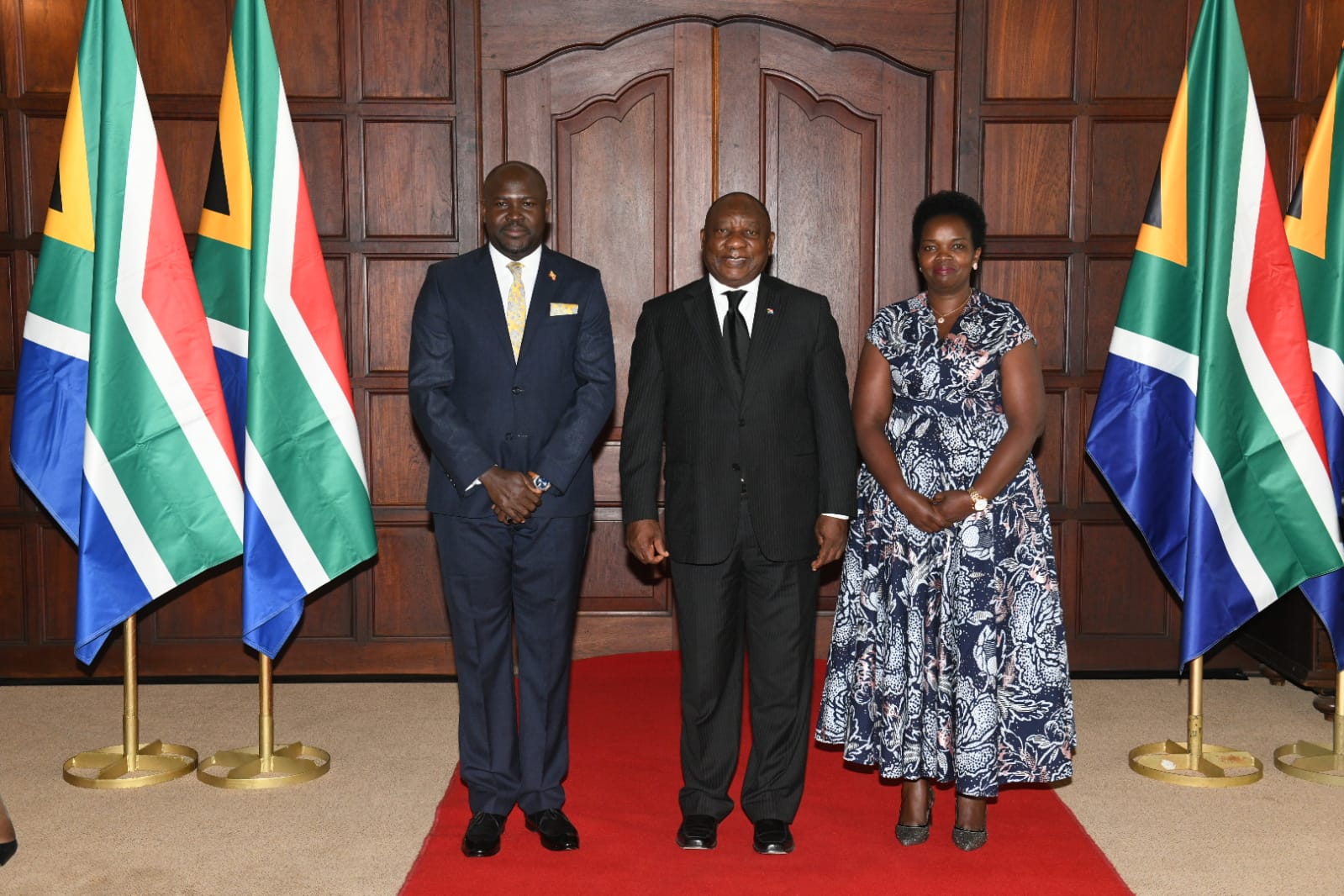 Furthermore, he expressed to his host the need for the two countries to augment the outcomes of the recently concluded Joint Commission of Cooperation(JCC) meeting hosted by Uganda in Kampala between August 7 and August 11, 2022.

The high commissioner observed that economic cooperation is another significant part of the relationship between the two countries.

On behalf of President Yoweri Museveni, the high commissioner commended his host for the role he played in ensuring the equitable distribution of the Covid -19 Vaccine on the African continent as the champion of the African Union Covid-19 Response Fund.

The high commissioner pledged his commitment to work with his host to deepen and expand the scope of cooperation in advancing the common goals of serving the people of both countries to the best of his abilities. 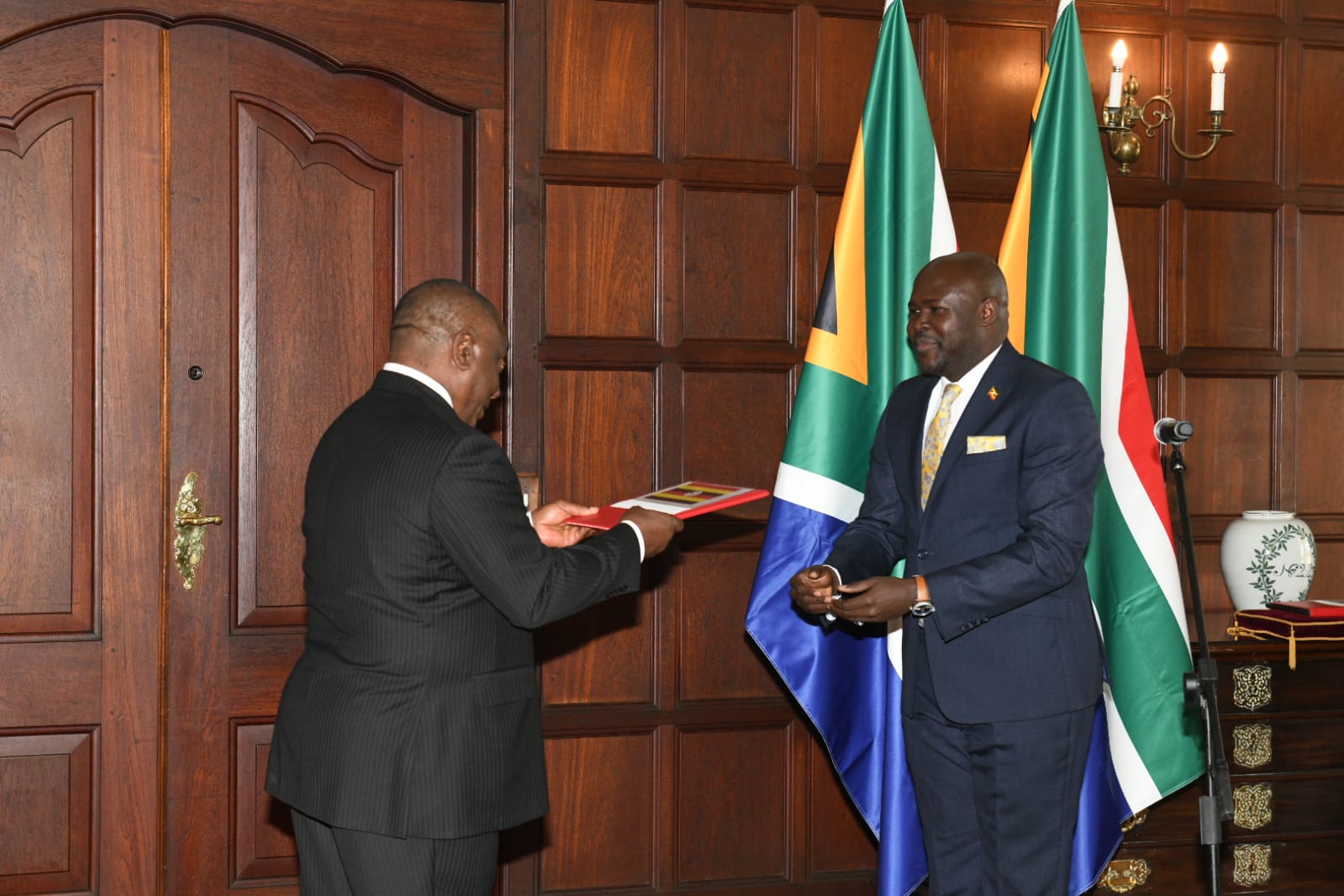 Meanwhile, President Ramaphosa welcomed ambassasor Amoru and pledged to offer him support during his tenure.

He wished Amoru the very best in his new assignment as the high commissioner of Uganda to South Africa.

This year, the two nations celebrate the 28th anniversary of their diplomatic ties. 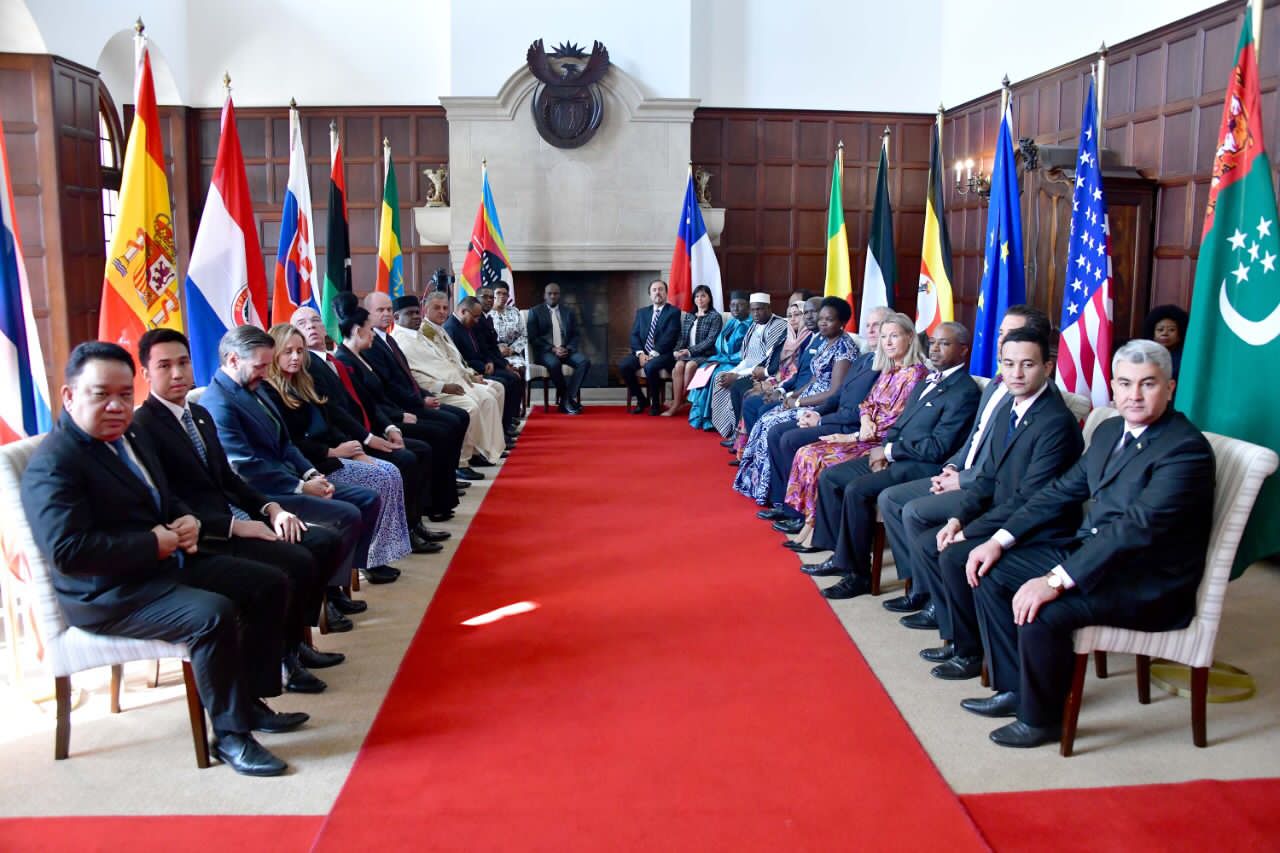