Police have said going forward, they will name and shame violators of traffic laws on Ugandan roads.

Police have said going forward, they will name and shame violators of traffic laws on Ugandan roads.

“We shall continue using CCTV cameras to take action on traffic violators and update the public accordingly. Every week we shall be putting in newspapers the list of those violating traffic regulations,” Traffic Police spokesperson, Faridah Nampiima said on Monday.

“To this, we shall be showing offence committed, the number plate, make and colour of the vehicle; date and time when the offence was committed, the road where it happened and the camera  that captured the offence.”

To prove the same, the Traffic Police spokesperson released a list of 145 number plates of vehicles that were involved in violation of traffic regulation last week .

“Using our cameras, the following violated traffic laws and regulations in various locations and they have been charged accordingly you are advised to report to the nearest police station and pick up your express penalty tickets tickets for the various offences you committed,”Nampiima said. 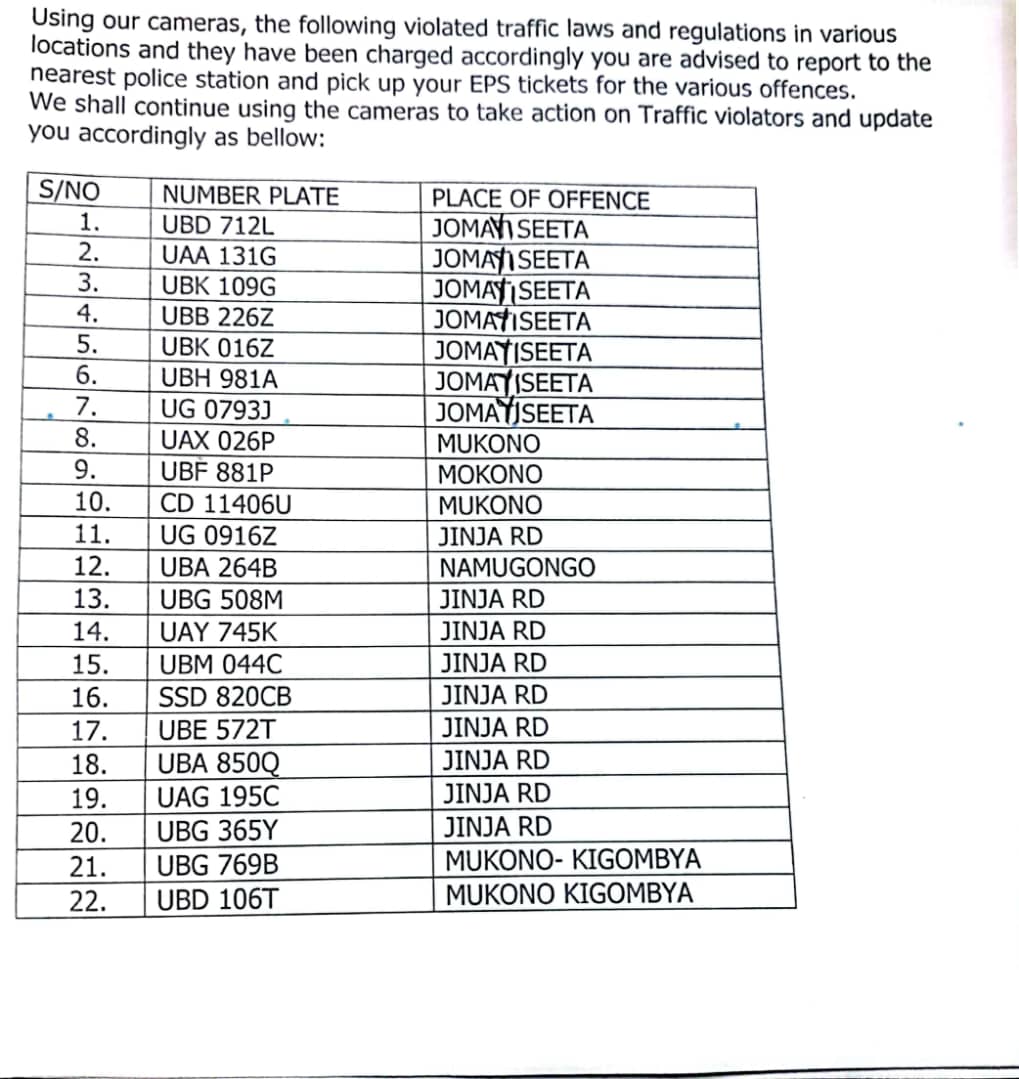 She noted that those who wish to get evidence of the offences they committed will be able to be shown CCTV footage of the incidents in which they were issued express penalty tickets for violating traffic regulations.

The Traffic Police spokesperson said during the naming and shaming, both government and private vehicles will be published for the public to see.

She noted that this will help in reducing the violation of traffic regulations and impunity , especially by drivers of government vehicles while on the road.

According to Nampiima, police will continue using both speed guns and CCTV cameras to check on errant drivers on Ugandan roads .

By making use of CCTV cameras  to check on violators of traffic regulations, police has gone a step ahead in helping reduce carnage on Ugandan roads. 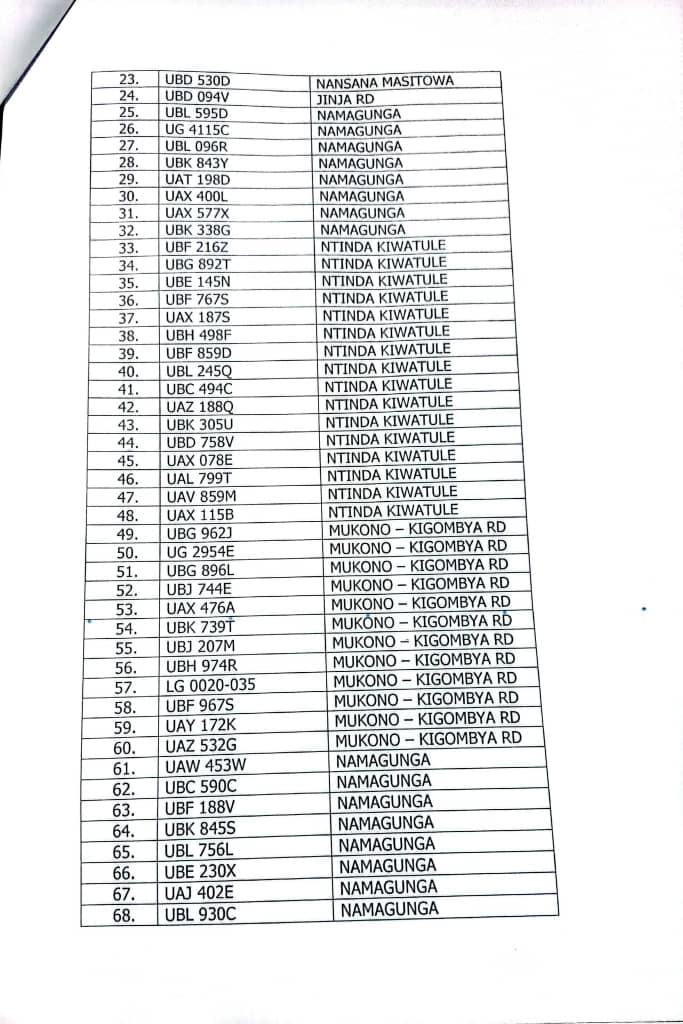