After years of anticipation, songstress Juliana Kanyomozi has revealed she will finally stage a concert this year, dubbed “Juliana Live at Serena”.

According to the poster, the event will be taking place on August 19, at Serena Hotel Kampala.

Tickets will go for Shs150,000 while a table goes for Shs3 million. 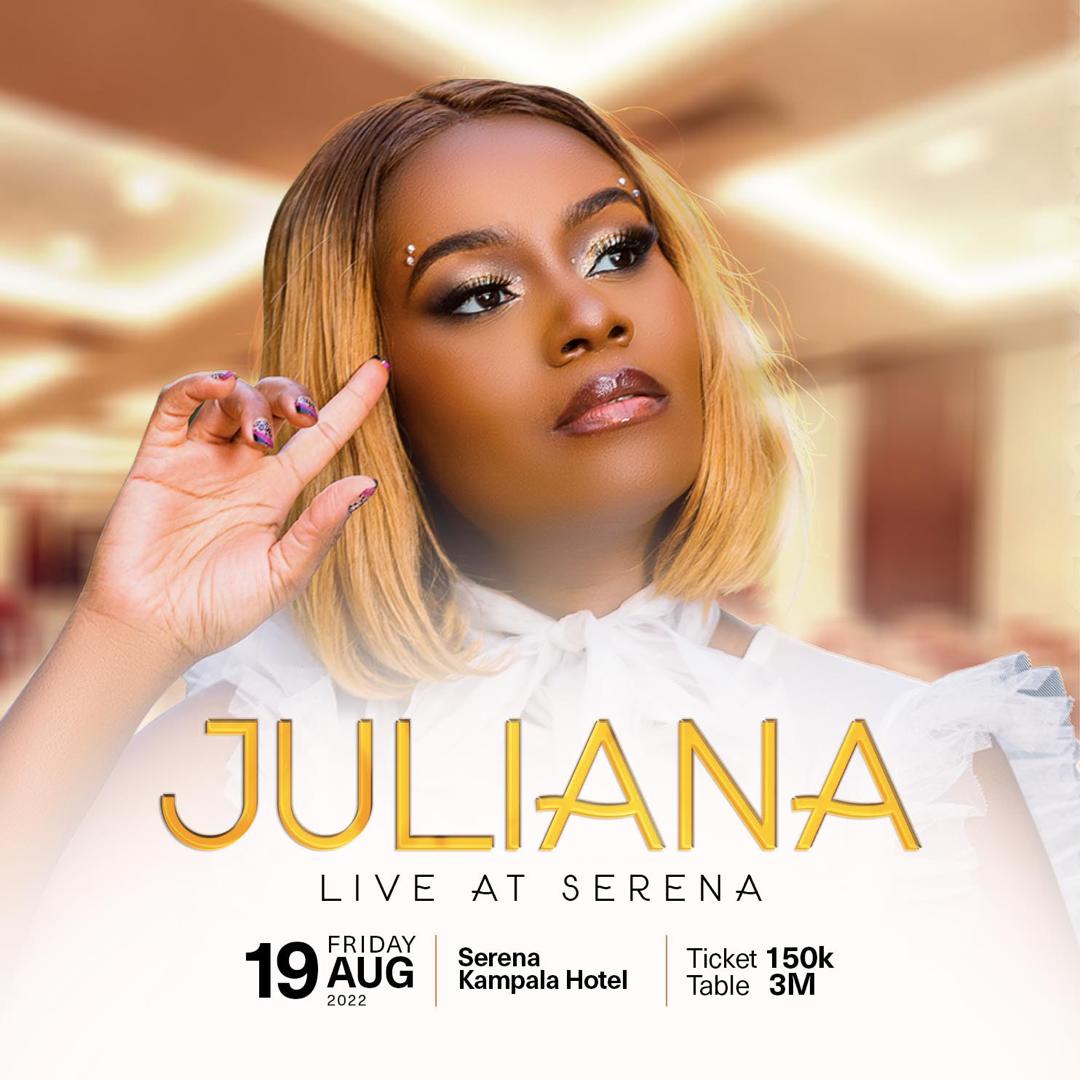 The mother of one is expected to thrill her fans with some of her biggest songs that include; Nabikoowa, Zaabu, Kalibatanya and Sanyu Lyange.

Juliana who stayed relevant in the music scene for many years had given music a sort of break to focus on motherhood.

Last year, the songstress revealed that motherhood had inspired her to want to return to the studio and make music again.

“There’s new music that will come at some point of of course,” she said.

How Bunyoro farmers will reap from the Oil project (VIDEO)

At least ten students of Swangz Creative Academy have today, Wednesday graduated in audio and Live broadcast production. The students...

Nigeria Artiste Oluwatobiloba Daniel Anidugbe alias Kizz Daniel has been arrested in Tanzania for failing to show up at his...

Ugandan female songbird, and Tooro princes, Juliana Kanyomozi is set to return to stage after being absent for a long...