The merits of this project in my view outweigh the concerns. EACOP will unlock East Africa’s oil potential and has already attracted investors and companies 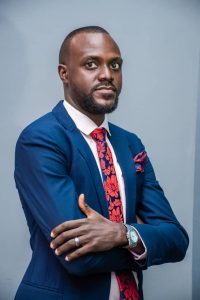 From Kabaale – Hoima in Uganda to the Chongoleani Peninsular near the Tanga Port in Tanzania, the 1,443km, 24-inch diameter East African Crude Oil Pipeline (EACOP) will be the first of its kind. Electrically heated along the entire route, EACOP will be the longest heated pipeline in the world. The pipeline route was selected by the Government of Uganda as the least costly and most robust, and due to the waxy nature of Uganda’s crude oil, will be buried underground to ensure minimal environmental and social impact with careful attention paid to watercourses.

A few weeks back, a short video clip went viral with a cluster of environmental activists urging the French President Emmanuel Macron to withdraw government support on funding the construction of the pipeline due its alleged danger to the environment. Rightly the response from President Macron was this was a decision that involved sovereign states and a non-government owned multi-national in Total Energies and hence one to be decided by several stakeholders. A trending hash tag #StopEACOP crossed borders with a few banks and insurance companies notably HSBC, BNP Paribus and Allianz Group distancing themselves from the project.

The activists have argued that construction of the pipeline will displace thousands of families and threaten water resources in the Lake Victoria and River Nile basins, that the crude pipeline will generate 37 million tons of carbon dioxide emissions annually fueling climate change and through spillage and pollution, bring displacement along the proposed route. They also raised concerns about significant risks posed to wildlife notably chimpanzees in the Bugoma Forest amongst other neighboring forest reserves.

However we should note that the 4 shareholders in the EACOP project, Total Energies, China National Offshore Oil Corporation, Uganda National Oil Company and Tanzania Petroleum Development Corporation have committed to ensuring that potential effects on the health, safety, and security of communities, workers and the environment, are addressed and managed throughout the planning, construction, and operational phases of the project by complying with national laws and international practices, including International Finance Corporation (IFC) and Performance Standards (PS).

The proposed pipeline route was selected over a number of years after comprehensive feasibility studies aimed at avoiding environmentally and socially sensitive areas such as protected areas and areas of high population density. The Front-End Engineering Design (FEED) and Environmental and Social Impact Assessment (ESIA) ensure that temporary and permanent facilities are carefully located. Accordingly the pipeline and facilities will be constructed and operated to reduce potential harmful environmental and social impacts while maximizing benefits.

The Project has also worked with teams of environmental and social experts to develop a comprehensive Environmental and Social Impact Assessment (ESIA) that is used to inform the design, construction and operation of the pipeline. It identifies the potential impacts on the natural environment and the human environment including the respect of human rights, evaluates the potential environment and social risks and opportunities, design and document measures to avoid, mitigate and manage negative impacts and identify and enhance the positive impacts, thus ensuring most of these concerns are addressed. The ESIA was completed by JSB & COWI in Tanzania and Eco & Partner in Uganda in collaboration with an international consultant RSK from UK in both countries, and approval certificates issued on 29th November 2019 and 3rd December 2020 respectively. As part of the ESIA, the project also conducted a human rights impact assessment (HRIA) to identify potential effects on human rights associated with project activities.

Total Energies has also significantly enhanced production capacity of clean renewable energy (solar, wind, hydro), with an aim to eventually move away from fossil fuels, with ever expanding projects for example Tilenga’s Awango solar project aimed at providing renewable energy for low income communities in Nebbi District and other specialized affiliates, with a goal to achieve 100 gigawatts of gross installed renewable power generation capacity by 2030.

As part of the Final Investment Decision (FID) signing for the pipeline, Kingfisher and Tilenga oil projects, Uganda government and Total Energies also signed an MOU that will create opportunities for the development of renewable energy projects with Total Energies producing Liquefied Petroleum Gas (LPG) and also deploying large-scale renewable energy technologies to identify areas of commercial investment and also exploring wind and geothermal projects to produce energy for the national grid.

In regards to claims of displacement of families, Total Energies through the Tilenga Project embarked on land acquisition, resettlement and compensation through different phases of the Resettlement Action Plan, where 29 resettlement houses have already been handed out to Project Affected Persons in phase 1 of the exercise.

Total Energies has also restricted presence of the Tilenga project in Murchison Falls Park, a protected area and a showcase for African biodiversity. Development has been limited to an area that accounts for less than 1% with the temporary and permanent Tilenga facilities inside the Park covering less than 0.05% of the surface area. Total Energies will also contribute to a 50% increase in the number of Murchison Falls park rangers and will support a program, conducted in partnership with the UWA (Uganda Wildlife Authority), to reintroduce the black rhinoceros in Uganda and is also working closely with IUCN (International Union for Conservation of Nature) experts to integrate the best practices for the protection of chimpanzees, particularly by promoting the conservation of forest habitats.

Different tree planting projects in this same line such as an MOU signed with Environmental Conservative Trust of Uganda (ECOTRUST) aimed at growing 100,000 trees in the Tilenga Project areas of Buliisa & Nwoya, have also been implemented.

The merits of this project in my view outweigh the concerns. EACOP will unlock East Africa’s oil potential and has already attracted investors and companies such as McDermott and Sinopec, hugely involved in the midstream construction phase of production under the Tilenga Project and this will lead to development of new infrastructure, logistics, technology transfer and the improvement of the livelihoods of East Africans.

The pipeline will create both direct long term and short term employment for both highly skilled and, semi-skilled professionals, and casual laborers anticipated at over 24,000 jobs from local districts thus building local capacity to develop other pipeline projects in the region.

The pipeline will also provide business opportunities for the different sectors of the economy involved in the pipeline design, construction, and operation and decommissioning of the project, and create a trickle down economic effect spurring the development of local content.

Along the pipeline route, service roads will be upgraded or developed to facilitate the access to and maintenance of the pipeline during its construction, operations and decommissioning phases. These roads will increase accessibility of the areas traversed by the pipeline enhancing the movement of goods and people and overall economic exchanges.

Put in context, EACOP is nowhere near the longest or largest oil pipelines in the world hence not the most pressing danger to the environment. The Druzhba Pipeline also rather ironically referred to as the Friendship pipeline, the longest completed pipeline in the world at 4,000km and snaking though several ports from Russia to Ukraine, Belarus, Germany, Poland, Hungary, Slovakia, Czech Republic and Austria with further proposed extensions of over 1800km, has somehow withered the activists storm.