A new survey conducted by Pro-biodiversity Conservationists in Uganda, an environmental civil society organisation, has indicated that Sunbelt Textile Company Limited is at the forefront of polluting Lake Victoria.

A new survey conducted by Pro-biodiversity Conservationists in Uganda, an environmental civil society organisation, has indicated that Sunbelt Textile Company Limited is at the forefront of polluting Lake Victoria.

The study conducted between December, 2021 and March 2022 focused on industries along the shores of Lake Victoria in the areas of Walukuba –Masese in Jinja district.

The report says that investigators concentrated on the western part of the Sunbelt industries and that from this site, both water and soil samples were collected.

“There were a number of discharge source points along the perimeter wall fence of the factory, neighboring a plot planted with bananas which residents reported was owned by Keswala Group of companies. It should be noted that because of the increasing water levels of Lake Victoria, the discharge pipes of waste water effluent from the factory have been buried and covered by water,” the report reads in part.

The survey indicated that the factory structures for Sunbelt textiles have been built past the demarcated buffer zone, further into the lake, despite the area having a land marker for demarcation of the buffer zone by NEMA.

The report indicates that the industrial effluent from the textile company appeared blackish with visible signs of oil and grease together with suspended solids.

“ There were also dumped plastic bottles that seemed to have come with the waste water.  The water hyacinth had dried close to the discharge and looked healthy further from the point. This could also suggest presence of nutrient contaminants,” it says.

The report further indicates that at one site, there were three suspected water effluent discharge points that were reported to be hosting the pipes that run from the factory to the lake.

The pipes are however under water but the surface of these points was dark and sticky.

“The water mixed with effluent appeared blackish with visible signs of oil and grease together with suspended solids. The lake vegetation close to the discharge points was stunted but the vegetation and looked healthy further from the point. This could also suggest presence of nutrient contaminants.”

According to the report, laboratory results from the water sample that was taken from the area near the textile factory confirmed there  was pollution of the lake.

“Evidence from the lab report indicates that most of the parameters such as PH, Colour, Chemical Oxygen Demand, Oil and Grease, Total Suspended Solids, Total Nitrogen, and Total Phosphorus were above the Maximum recommended National Environment regulations 2020,” the report indicates.

For example, as evidenced by the findings, the high oil and grease pollution levels impact on the supply of air to the living organisms and aquatic life.

“This devastating to fish breading and there is a link between this and the community complaints on fish stocks. The discharge of high levels of nutrients in the lake leads to eutrophication and this could explain the reason why there is a lot of healthy water hyacinth at the sampling point.” 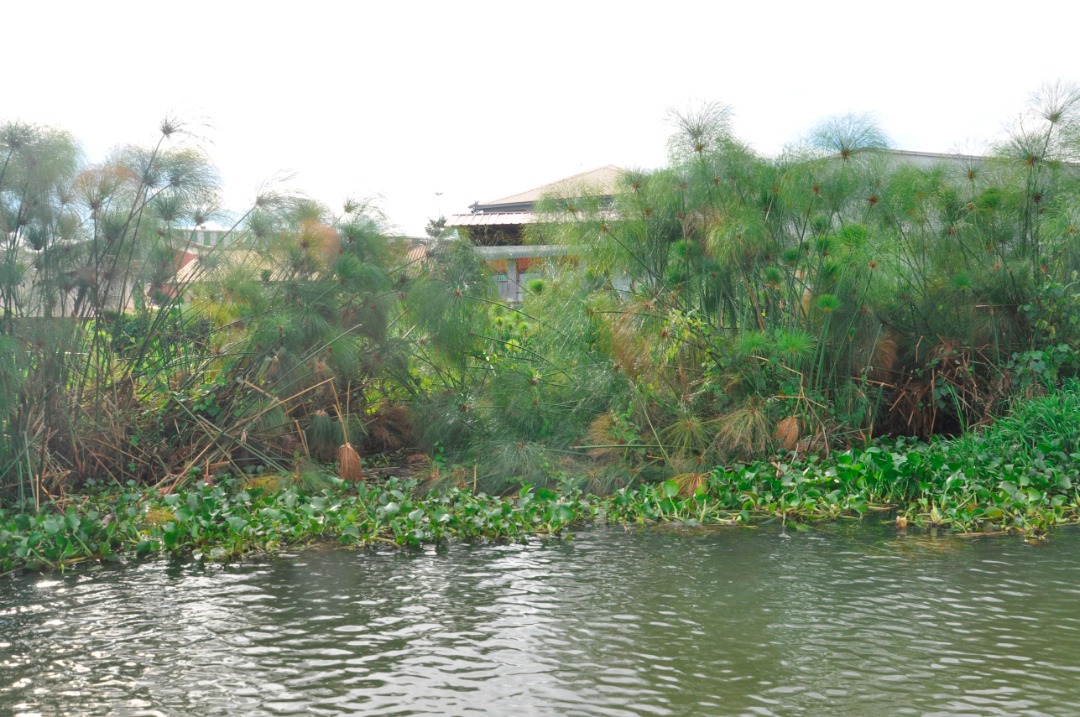 “The textile dyes, along with a large number of industrial pollutants, are highly toxic and potentially carcinogenic, so that they account for environmental degradation and various diseases in animals and humans. The presence of heavy metals such as lead, zinc and cadmium, in detectable quantities shows the environmental and human health threats posed by the pollution of textiles companies. Several acute and chronic toxic effects of heavy metals affect different body organs.”

The report also indicated that laboratory results after soil samples were taken also indicate there were harmful items.

“The results from the laboratory also indicate the presence of heavy metals in the soil in quantities that are above the allowable levels. Heavy metal contamination in agricultural soils may impart functional disorders of soils, retarded plant growth and even harm the health of humans through contamination of food chain. These heavy metals or metalloids do not undergo microbial and chemical degradation and persist in the soil for longer duration,” the report says.

According to the report, the level of pollution is indicative of the fact that the text tiles industries especially, Sunbelt industries, do not have any measures in place to mitigate the impact of discharge in the water which  exposes the entire community living around the area to the adverse effects of pollution by textile.

The report asked NEMA  to ensure that the textiles industries comply with the standards for discharge effluent with immediate effect.

The report says NEMA should revisit the conditions for the environmental and social impact assessment report that were given to these industries and require them to operate according to the environmental standards.

When contacted for a comment using the phone numbers provided on the company’s website, the receiver at the other end ended the call on learning that it was a journalist calling.

Efforts to call him again were futile.

However, on insisting, another person who identified himself as Godfrey Butoto, an accountant with the company accused the report of being unfair to them.

“I don’t think it(report) is right because we explained to them everything and how the affluent is handled and not sent to the lake,”Butoto said.

He noted that the company has a treatment plant for the waste.

“I think the report  was not appropriate.”

Government has been urged to review and adopt accelerated learning for the teenage mothers to help them catch up to...