The President of the United Republic of Tanzania, Samia Suluhu Hassan has bid farewell to Amb. Richard Kabonero, Uganda’s High Commissioner for completing his tour of duty.

During a meeting held on Wednesday, Suluhu commended Kabonero for the great contribution to further strengthening the bilateral cooperation between Uganda and Tanzania.

She lauded Kabonero specifically for efforts in fast-tracking the East African Crude Oil Pipeline which culminated in the signing of the Final Investment Decision on February 1, 2022, and ensuring Uganda hosted the fourth session of the Joint Permanent Commission between Tanzania and Uganda. 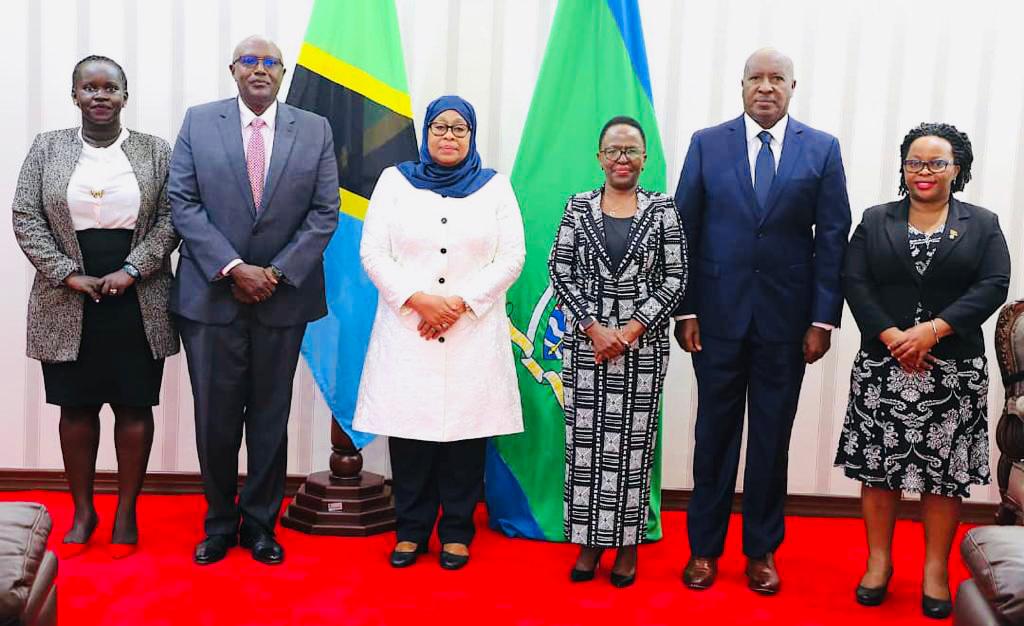 Suluhu however urged Kabonero to continue encouraging Ugandan investors into Tanzania to promote socio-economic transformation and development of both countries.

Speaking at the same meeting, Amb. Kabonero applauded President Suluhu for according him all the support he needed during his tour of duty in Tanzania.

He said he looks forward to continued relations with Tanzania.

The High Commissioner reiterated President Museveni’s invitation to his Tanzanian counterpart, Samia Suluhu Hassan for a state visit to Uganda in May 2022.