This was done at separate ceremonies that took place at State House in Entebbe.

The new Ambassador of Sweden to Uganda Carina Maria Hakansson flanked by her spouse Carlos Caula was the first to present her credentials to President Museveni and she hailed the existing historic and friendly relations between Sweden and Uganda.

A career diplomat who has served her nation in many countries in the Great Lakes Region, Hakansson commended Uganda for being a generous host to many refugees in Africa.

She pledged to further strengthen bilateral ties between the 2 country’s Sweden and Uganda.

The president extended a warm welcome to her.

The new Ambassador of Nigeria to Uganda, Zanna Umaru Bukar-Kolo also presented his letters of credence to President Yoweri Museveni.

Amb. Umaru Bukar-Kolo who was accompanied by his wife Mrs. Falmata Yusufari Bukar-Kolo wished the president a happy birthday and also briefed him about the security situation Nigeria which he said has scored some progress in the fight against terrorists in his country.

The president welcomed him to Uganda but also pledged to meet him soon.

The new Ambassador of Ireland to Uganda Kevin Colgan said he was delighted to be back to Uganda after 20 years.

Accompanied by his spouse Catherine Colgan, Colgan commended President Museveni for the development that has taken place in Uganda especially around Muyenga hill, Kabalagala and Tank hill where his family used to stay and noted that the area has greatly changed.

“Muyenga, Kabalagala and Tank Hill where we used to stay 20 years ago is now totally changed,” he said. 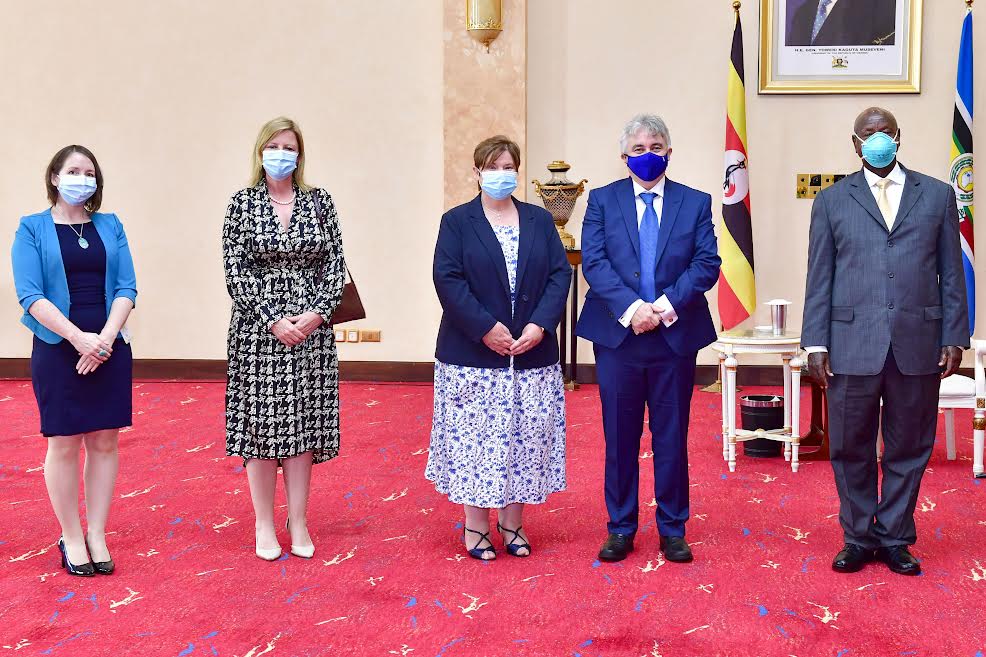 The president welcomed him back to Uganda and informed him that it was the government’s policy of allowing Asians to repossess their property that encouraged Ugandans to construct their own houses.

“Most of those houses are owned by Ugandans and factories are mainly owned by foreign investors,” the president said.

The new Ambassador of Hungary to Uganda Zsolt Meszaros also presented his credential letters to President Museveni and noted that Uganda and Hungary have had dynamic relations.

The envoy who was accompanied by the Honorary Consul of Hungary in Uganda Gordon Wavamuno pledged to strengthen further, the economic and social cooperation between the two countries.

“Uganda is one of our main development partners and we are happy to extend to the education sector our support. 20 students have just benefitted from the scholarships Hungary has offered to Uganda,” he said. 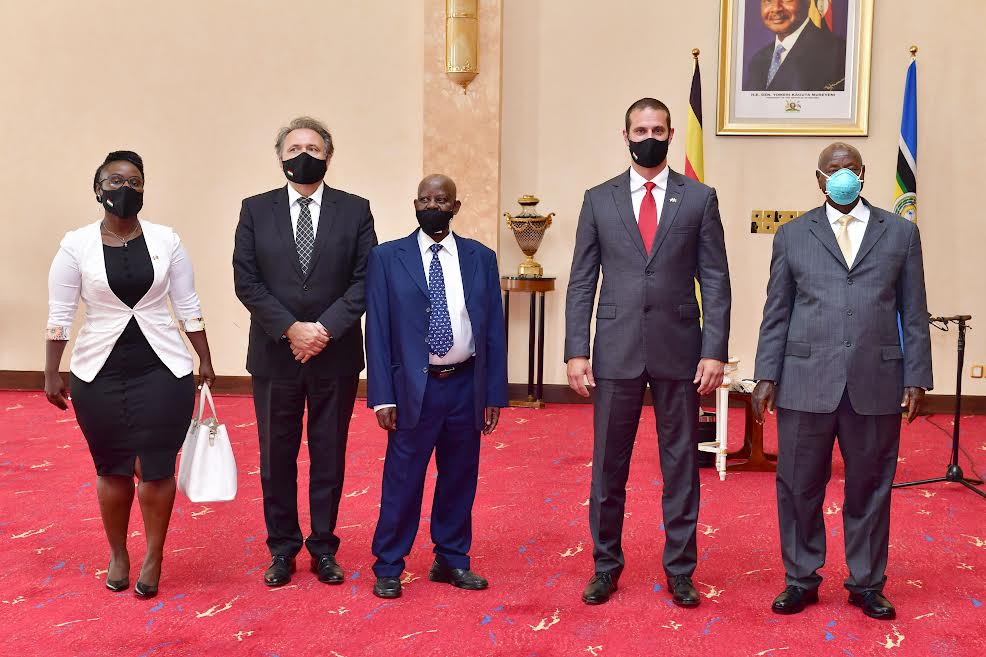 The new Ambassador of Angola to Uganda Syanga Kivuila Samuel Abilio based in Nairobi extended warm greetings from his President, Manuel Lourenco to President Museveni and the people of Uganda.

The new Australian envoy to Uganda H.E. Luke Joseph Williams based in Nairobi appreciated Uganda’s contribution to the stabilization of peace in the region and Africa and also reported that Australia is doing very well in the control of COVID-19 pandemic.

President Museveni welcomed the new envoy who was accompanied by the Australian Honorary Consul in Uganda Patrick Bitature.

He told the envoy that Uganda has a unique climate and also informed him that the country acts firmly in the fight against COVID-19.

The Ambassador whose family has very strong roots in Uganda as his wife hails from Ivukula in Iganga district was extremely delighted to be in the country.

Ambassador Al-Harti was accompanied by the Oman Honorary Consul in Uganda Ingah Atamba Kutesa. He pledged to strengthen the economic and social relations between Oman and Uganda.

The new Ambassador of Indonesia to Uganda Dr. Mohamad Hery Saripudin also based in Nairobi conveyed warm congratulations from the Indonesian president, Joko Widodo to his Ugandan counterpart, Yoweri Kaguta Museveni upon winning the recent elections.

The envoy also pledged to promote the economic and social cooperation between the 2 countries Indonesia and Uganda.

Lawyer Male Mabirizi has run to the High Court to challenge the proposed reforms in the country’s judicial system in...

Lawyer Male Mabirizi has run to the High...