Experts have urged government to intervene and regulate the real estate business so that unprofessional actors can be stamped out of the housing value chain.

by Jonah Kirabo
in Homes

Experts have urged government to intervene and regulate the real estate business so that unprofessional actors can be stamped out of the housing value chain.

These said that the lack of government intervention has encouraged malpractice and fraud in the real estate business.

While appearing on the NBS Breakfast Meeting on Monday, Shirley Kongai, the president of Real Estate Agents of Uganda (AREA Uganda) said the absence of regulation has encouraged unprofessionalism and asked government to intervene. 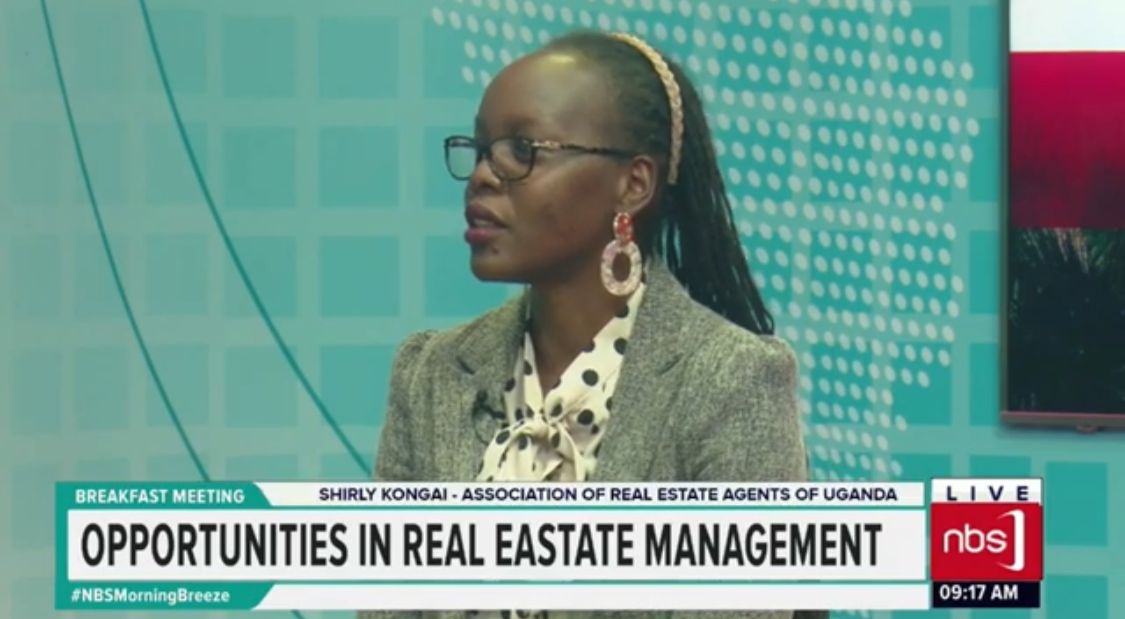 “Most practitioners are informal, they are not trained, not educated, we are in a mix with people who do business without addresses,” Kongai said.

Kongai added that without regulation, all industry players are doing whatever they want, since no one can hold them accountable, making it difficult for Ugandans to achieve Housing in a moderate faction.

“Real estate is not traced, they can influence price, practice fraud and malpractice. If am not licensed, I can do anything and will not be traced, why can’t we be like lawyers who have a law that regulates how they charge,” Kongai said.

Adding, “There should be a body to check on what a broker is doing for example.”

Nicholas Arinaitwe, the executive director of Real Estate Institute of East Africa (REIEA) said that they want to ensure that whoever comes into the real estate industry has been trained professionally.

“It is government to do it (regulation) we have been pushing and we continue to push,” Arinaitwe said.

Arinaitwe said that they have talked to the Minister of Lands, Judith Nabakooba who promised them that she will expedite the Real Estate Bill into law, but they want to see action.

Arinaitwe said that all ministers who have come before Nabakooba have made similar promises in the past but no action was taken. He now wants to government taking some steps.

“We have said that they can have a statutory instrument for example, which is very easy to do, but year after year, we struggle with the same things,” Arinaitwe said.

Are Africa’s real-estate prospects in line with the growing population?