The country's only girls boarding school is temporarily relocating to Rwanda for a "study abroad" session.

A girl writes on a sign welcoming people to the school of leadership, Afghanistan

With Afghanistan in the hands of the Taliban, which had banned young women from formal education, the country’s only girls boarding school is temporarily relocating to Rwanda for a “study abroad” session.

Shabana Basij-Rasikh, the co-founding president of the School of Leadership, Afghanistan (SOLA), said in a social media post Tuesday that the private school’s nearly 250 students, faculty, staff and family members had left the capital city of Kabul as of last week.

“SOLA is resettling, but our resettlement is not permanent,” she wrote in one of a series of Twitter posts. “A semester abroad is exactly what we’re planning. When circumstances on the ground permit, we hope to return home to Afghanistan.”

Basij-Rasikh wrote that they are en route, by way of Qatar, to the central African nation, where they intend to study.

The Rwandan Ministry of Education responded to Basij-Rasikh’s tweet, saying that it looked forward to welcoming the SOLA community to Rwanda.

The central African nation is one of several countries that the U.S. State Department said had agreed to temporarily host evacuated Afghans. It is not yet known how many Afghans Rwanda will accept.

On Friday, Basij-Rasikh posted a video showing her burning students’ records to protect their identities from the Taliban. 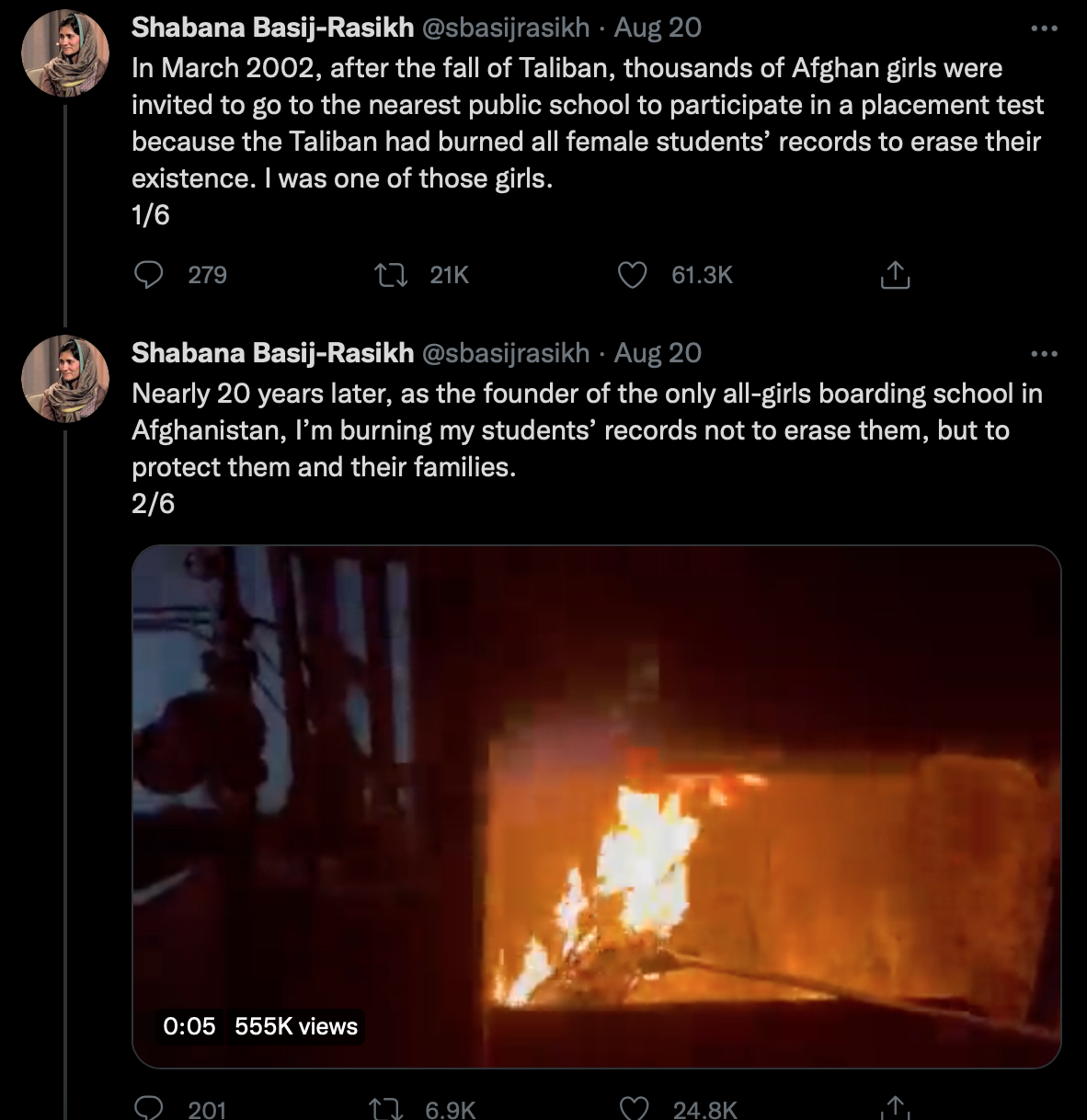 In Twitter posts Tuesday, the school official said her heart breaks for her country.

“I’ve stood in Kabul, and I’ve seen the fear, and the anger, and the ferocious bravery of the Afghan people. I look at my students, and I see the faces of the millions of Afghan girls, just like them, who remain behind,” Basij-Rasikh wrote. “Those girls cannot leave, and you cannot look away. If there’s one thing I ask of the world, it is this: Do not avert your eyes from Afghanistan. Don’t let your attention wander as the weeks pass. See those girls, and in doing so you will hold those holding power over them to account.”

The cost of election petitions

The cost of election petitions