Solution to high healthcare costs is under our noses

by NP admin
in Health, Opinions

Medical personnel gather around the baby after the operation 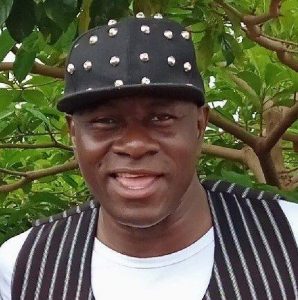 I wish to add my voice to the deafening outcry about the hefty cost of health care in Uganda, which has been amplified by the dozens of millions of shillings being demanded by health facilities to treat Covid-19 patients.

But how did we get here?

In 2005, the Ministry of Health invited journalists to a press briefing at which they were to announce that the long-awaited plan to introduce the National Health Insurance initiative had been finalised.

At the briefing, which I attended, Dr. Francis Runumi, then the commissioner for planning at the health ministry, managed to convince every journalist in attendance that introducing the scheme would indeed be the last straw that would break the back of unaffordable health care in Uganda.

The principle of ‘shared risk’ in health insurance is very simple: every month, each employee contributes a small percentage from his/her salary to a Fund, which is supplemented by an additional contribution by his/her employer.

Other contributions in form of grants or income from other sources may also be added to the Fund, whose aim is to pay for healthcare for the beneficiaries.

Now, given that the amount taken out of the Fund to actually pay for treatment is usually a smaller percentage compared to the total collected, what remains can be invested into scaling up health infrastructure, building capacity and installing modern equipment.

Our regional counterparts Kenya, Tanzania and Rwanda, recently appeared on the list of the top ten African countries with the most-improved health sectors because they introduced the national health insurance scheme decades ago. Internally, they have the financial muscle to build their health sectors.

For Uganda, the scheme is yet to see the light of day – some 15 years later. Whereas the Bill introducing the national health insurance scheme was passed by the 10th Parliament four months ago, the president is yet to assent to the Bill.

As a matter of fact, the health ministry was under pressure to withdraw the Bill, which Parliament overwhelmingly rejected.

As it stands, Uganda remains the only nation in the Great Lakes region that does not have a national health insurance scheme, and the effects are there for everyone to see.

Apparently, and shockingly, I should add, Uganda’s top leadership is not yet to be convinced that we need the national health insurance scheme at this time!

Meanwhile, in the wake of the hefty, back-breaking hospital bills being slapped on patients by health facilities on Covid-19 patients, of course including senior public officials, the government had the audacity to come out strongly to request the private providers to reduce their charges.

What our policy makers seem to be totally oblivious about is the fact that the rampant exploitation of Ugandans by private health service providers is the direct result of the absence of a national health insurance policy.

Did I hear claims that the government is “worried” that the scheme would put an additional ‘burden’ on investors/employers, which would “deter investment”?

Well, that little contribution is nothing if insignificant you consider the hefty sums that the corporate entities in Uganda are paying for their senior staff to treat Covid-19.

Why are all these “concerns” about unaffordable treatment costs and the so-called negative effects on the investment climate not arising in our EAC counterparts?

They have had universal health insurance for decades, which has helped to build a robust health sector that can absorb every shock. Now, they have healthy populations that investors can employ to support national development.

As for us, the greatest challenge continues to be inadequate public resources to fund the health sector.

The doctor to population ratio stands at one doctor to 22,000 people, according to official reports. Public health facilities are not enough and the few we have lack health workers, drugs and equipment.

At an estimated 41%, Uganda has some of the highest out-of-pocket costs for health services in the whole region.

What that means is that for every one hundred shillings earned by an average household, Shs 41 is spent on health care, which is way above the 15% recommended by the World Health Organization (WHO).

Back in 2001, Uganda pledged to increase the proportion of the national budget spent on the health sector to at least 15% in line with the Abuja Declaration.

However, 20 years later, expenditure on health as a percentage of total budget has never exceeded 8% per year.

That points to the urgent need for the National Health Insurance scheme now.

Such as scheme is our only hope for a tested and proven effective mechanism for financing equitable healthcare for all citizens as well as enabling universal access to world-class health services.

Apparently, the solution to hefty health care costs is right under our noses!

The author is a journalist.

The head of the World Health Organization (WHO) has urged China to be more co-operative with the WHO's second phase...

WHO calls for 20 million COVID vaccine doses for Africa

The Ministry of Education has withdrawn certificates for...

Chameleone: “First, I am a chameleon. Second, NUP treated me like trash”