Opinion: Why I don’t support mid-term access to NSSF savings 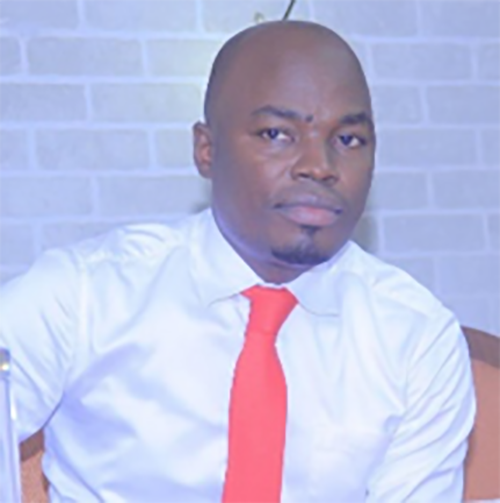 On 22nd March 2021, I watched a news bulletin in which the minister for Finance Matia Kasaija was reported to have advised the president against signing the NSSF Bill into law.

The minister would later come out to rubbish the said rumour that he urged the head of state to refrain from signing the said Bill.

What is certain is that since the 2020 unprecedented lockdown due to the Covid-19 pandemic, NSSF savers have been pushing to access their savings with the fund to cushion themselves from the impact of the pandemic.

I refrained from making any comments about this subject at the time it was topical and emotional because I consider my opinion on mid-term access for whatever reason, extremely un popular!

I am also aware that NSSF announced that a member in a critical Covid-19 condition such as one in ICU can apply for invalidity benefit.

This article looks at a bigger picture. This entire retirement discussion and call for amendment of the NSSF law to among others provide for midterm access reminds me of key tenets of the 2019 International Conference on retirement and investing.

I had the benefit of attending and contributing to the said Conference on retirement and investment in Mauritius anchored on the theme Creating sustainable pension in emerging markets.

By member education, they emphasized that pension members must understand at bare minimum two philosophies namely; Decent Retirement and the Science of Investing-the latter being the driver of the former.

The decent retirement philosophy underscores the need for a member to define the kind of retirement they deserve.

This aspect is sometimes referred to as having the end goal in mind. This philosophy also attempts to emphasise the need to come face to face with factors that make our desired retirement picture grim such as increased medical bills at cessation of medical cover!

I have never understood why all medical cover insurance bodies indicate 60 as the oldest age for enrolment.

Relatedly, the science of investing calls for the need for member’s/asset owners to understand how their investment portfolio diversification creates value through time embedded in the science of compounding.

The best way to understand compound interest is to define it as the interest earned as a result of reinvesting interest rather than paying it out to members.

The concept of compounding is so magical and this is reflected in the words of Albert Einstein; Compound interest is the eighth wonder of the world.

He who understands it, earns it…. he who doesn’t…pays it. It can arguably be said that if the 2.1 million Social Security Fund (NSSF) members appreciate the above two key retirement philosophies, they would not find themselves excited about the midterm access to the benefits being pushed through the NSSF Amendment Bill 2019.

Pushing for this early access reduces the member’s investable assets and consequently reduces the magic of compounding as it applies to the individual benefiting member.

The fair question would be to wonder whether there is a higher chance that the withdrawn benefits would be re-invested into a project that would beat the NSSF Consistent and competitive double digit return at least from 2012 to date.

This total asset portfolio includes both assets kept by NSSF and 65 other retirement benefits schemes. The 2019 URBRA report indicates that 74.8 % of these assets had been invested in Government Securities.

In another article, I will share my thoughts on the dangers of the immense government appetite for borrowing and its impact on private sector credit.

The 35-year-old National Social Security Fund (NSSF) was set up by an Act of Parliament.

By the time the law was passed in 1985, the life expectancy of Ugandans was 49 years, Kenya 59 years and Rwanda 51 years as per the World Bank Report.

The life expectancy fact is crucial because it informs the likelihood of the average draw down time for most of the members of the scheme and further determines the sustainability burden placed on retirees upon the cessation of regular income.

To properly explain this key factor, in 1985 when the NSSF law was enacted, since life expectancy of Ugandan was 49 years, it would mean that most people in formal employment would die in service-considering that retirement age from service was higher than life expectancy.

Relatedly, the current life expectancy of Ugandans has since increased to 63 years according to World Health Organisation 2020 statistics.

The said 63 years is an average which means that several people who live a relatively decent life style such as that lived by the NSSF members may live a lot longer than the indicated 63 years.

The above two risks; increased longevity and increased need for liquidity are factors that we must think about seriously as we push for mid-term access.

Retirement experts have indicated that for one to live a comfortable retirement life, they need liquidity of about 75% of their earnings during retirement.

This means that if one was earning Shs 5,000,000 (Five Million) such a person would require to have investments that are capable of returning Shs 3,750,000 monthly or in absence of such earning deduct from their retirement lump sum the same amount of money in order to experience the same life style they lived during their working life.

It is from the above information that NSSF members need to remember the philosophy of decent retirement and the science of investing.

Agitating to access one’s money in their 40s may jeopardise the opportunity for one to afford health care at a very old vulnerable age.

Remember a mandatory NSSF deduction of 5% means that a member remains with disposable income of 95%.

If one has found challenges investing and managing the 95%, it is possible such member may experience similar challenges dealing with the money accessed at mid-term.

As a member of NSSF, who has experienced a consistent double digit return from my assets despite the hostility of the investment market, even if the president signed the NSSF Bill that will allow for mid-term access, I will not apply to access my money.

I will continue disposing and investing the 95% until my retirement age or such time when the NSSF return will sink lower than the average return from the open investment market.

National Social Security Fund has won the five star award for the Africa and Arabia property awards for their real...