FUFA Vs Football 256 is good for Uganda’s sports law

by NP admin
in Opinions, Sports 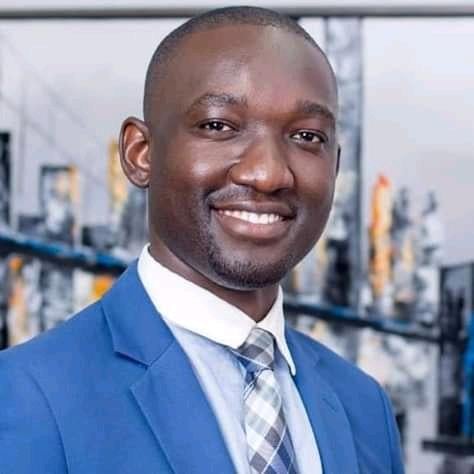 Football 256 purported to carry out an awards ceremony of some of the most excellent in the recently concluded 2020-2021 StarTimes Uganda Premier League via their social media channels dubbed “Football256 Best of the Season Awards”.

The contents of the demand letter from FUFA are particularly important; ‘the StarTimes Uganda Premier League and other auxiliary and incidental products are products and legal property of the league’, the awards ceremony had already been assigned to a third party on exclusive terms.

This dispute though seemingly one that can be easily glossed over by Ugandan sports lovers is very important for the development of sports in this country. It poses very crucial sports law questions that should be comprehensively discussed.

Due to the public interest that is involved in big sports events, many Ugandans have questioned FUFA’s actions as premised on bad faith.

Yet as we all know, sports is now immense business and what this means is that it has shifted from on-field competition to off-field corporate rivalry.

A paradox is then created; sponsorship, a major revenue stream comes on board that aims at exploiting the exclusivities that come with sports alongside the commercial interests of non-sponsors perhaps based on seemingly legitimate rights like freedom of expression.

This is where we find ourselves with FUFA in one corner and Football 256 in another. Let’s try and distill some of the legalese involved here.

The commercialisation of sports has come with all these sponsorships and endorsements couched in often exclusive terms by and large cutting out non-sponsors from free-riding and gaining off the brand exposure that would otherwise only be available to the official sponsor.

What the official sponsor of a football league in a particular country as is the instant case is concerned with usually is that through their sponsorship, their name and brand become synonymous with football in that country a ’la the ‘Barclays English Premier League’.

With these exclusive sponsorship agreements comes the exploitation of the Intellectual Property concerning sports events and their associated products as a preserve of the sponsor.

The merchandise, logos, jersey designs, and other promotional material will be covered as the property of the sponsor. Uganda has an Intellectual Property legal regime that comprises among others the Copyright and Neighbouring Rights Act, 2006 and the Trademarks Act, 2010.

I have not had the opportunity to look at the sponsorship agreement between FUFA and the third party that they allege was contracted to conduct the awards ceremony, but they claim it is exclusive.

It must also be the case that even the exploitation of the Intellectual Property concerned is exclusive to whoever is the rights-holder in the agreement between FUFA and that third party.

There is an interesting aspect to all this called ‘Ambush Marketing’. In a nutshell, this is the association of an enterprise’s brand or products with a major event in the absence of any sponsorship, licensing, or legal rights as the official sponsor.

The practice is deemed such a threat to global sports because of its ability to dilute sponsorships that the International Olympic Committee requires local organizers of the Olympics to enact specific legislation to address the perceived vice as a pre-condition to hosting the Olympics. One example is the London Olympic Games and Paralympics Games Act of 2006.

Sports law scholars are still divided on this subject with some arguing that it is only controversial but not illegal especially if the ambush marketer does not use the sponsor’s Intellectual Property.

To explain this, a French Court has in the past held that a sports event belongs to everyone and that sponsorship should not deprive another economic player from basing its publicity on an event.

There is a strong argument for Football 256 being an ambush marketer however noble its intentions might be-there is massive brand exposure that they have gained from conducting their awards.

I have seen some big football clubs like KCCA recognize their awards. If FUFA had not come out to warn them with the said demand letter, we would all have thought that they are connected to the Uganda Premier League in one way or the other as an unofficial sponsor. I have since followed them on Twitter as many others.

Uganda like many other jurisdictions does not have a bespoke law to counter ambush marketing. In their letter FUFA mentioned ‘passing off’ as a possible cause of action which I believe is premised on infringement of Intellectual Property assets, there could also be another one on ‘misrepresentation’. I will leave that to FUFA’s able lawyers.

Beyond this ambush marketing discussion is another very important one on ‘Image Rights’. Again, I have not seen the sponsorship agreements that FUFA enters into but the question begs whether these sponsorship contracts attempt to place the control of Ugandan footballer’s images in the hands of whichever rights-holder (FUFA/UPL-StarTimes).

In Winnie Asege Vs Opportunity Bank & MAAD Advertising, a Uganda Courtstated that image rights interchangeably referred to as‘personality rights’are the rights of an individual to control the commercial use of their name, image, likeness, or other unequivocal aspects of one’s identity.

Image Rights is a serious issue in professional sports. Many elite sportsmen license their image rights to an Image Rights Company.

During contractual negotiations, a footballer’s club will usually contract with the player’s ‘Image Rights Company’ to enable them lawfully exploit the player’s image rights.

Christiano Ronaldo who plays his domestic football under the Italian Serie A can receive an award as the “Best International Men’s Soccer Player” under the ESPY Awards organized by ESPN away from the Serie A because he is firmly in control of his Image Rights. Neither his club, Juventus, nor the Serie A has a grip on them.

If our local footballers want to be awarded by Football 256 without any potential legal exposure from FUFA, they have to get a hold of their image rights and of course employ the services of experts in sports law to help them negotiate their contractual arrangements.

There is a lot to be unpacked in this matter that has far-reaching implications on our sports industry.

At the risk of sounding cynical, let this matter go to Court, and hopefully, a good Judge will give us a good decision that will go a long way in improving our sports law.

The author is a sports lawyer

Serbian tactician, Multin Sredejovic Micho has said he is happy to renew his vows with Uganda’s national team, the Cranes....

Opinion: Breast feeding is a shared responsibility, don’t leave it to mothers

NBS Television, a brand of Next Media Services,...