Musa Ecweru, the newly sworn in State Minister for Works and Transport, has warned the national aviation body against corruption

Musa Ecweru, the newly sworn in State Minister for Works and Transport, has warned the national aviation body against corruption.

Ecweru made the comment while addressing staff of the Uganda Civil Aviation Authority (CAA) during a familiarisation tour.

During an inspection of the ongoing efforts to expand Uganda’s international airport at Entebbe, newly appointed State Minister for Works and Transport, Musa Ecweru demanded accountability.

The minister emphasised that in this current political term, the government is allergic to corruption.

“An airport is the face of the country, what you see here reflects what is in the country,” Ecweru said.

His counterpart, Minister of State for Transport Fred Byamukama said that they have embarked on an orientation process to better understand the nooks and crannies in departments and authorities under their supervision.

The two spent the better part of Tuesday at Entebbe International Airport for familiarisation and inspection visit of the airport facilities.

Minister Byamukama said that the air system is one of the key areas that government is going to give attention to this term.

“Our tourists use this very route to come and give us money in this country, the air system is important and we are going to give it attention.

CAA is in the process of expanding the airport terminal, control towers and other facilities to increase the Entebbe airports aviation experience for travellers.

The new ministers inspected the works and urged CAA to make sure that the place meets the demands of the new arrangement. 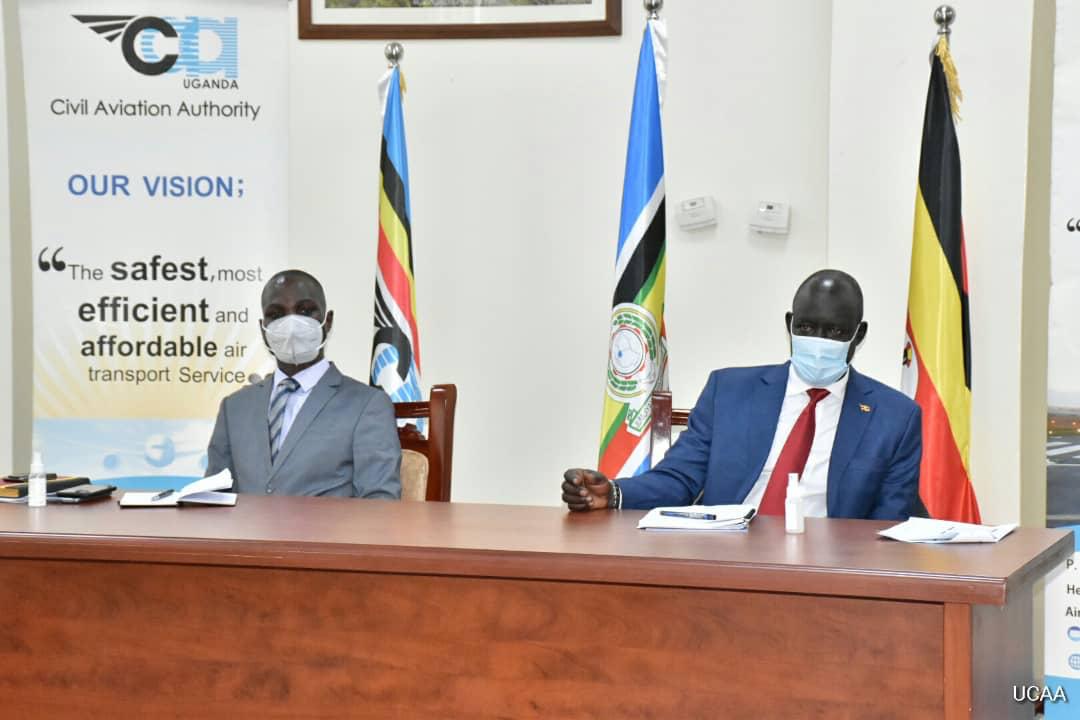 “We have emphasised to them the work done here must be quality, the days for shady works must go,” Ecweru said.

The ministers expressed concerns of corruption allegations at the airport and urged CAA to clean up.

“They have made it a trend to hike prices of things, something that is supposed to be done for shs 1 billion, they ask for shs 20 billions, we cannot accept that and this is why we are here,” Byamukama said.

President Museveni has finally cleared workers to have midterm access to their National Social Security Fund (NSSF) savings. Despite being...