by NP admin
in Business

The 250MW Bujagali HydroPower Dam (on top) constructed by largely non-concessional commercial debt and the government owned 183MW Isimba Hydro Power Dam, constructed using highly concessional government borrowing. Prof. Samuel Sejjaaka argues that while Isimba produces power at a seemingly low 4.16 US cents/KWh, compared to Bujagaali’s US cents 8.30 per unit (it used to be US cents13.8 per unit, before government led refinancing of the project in 2018), comparing the two is a case of comparing apples to oranges. 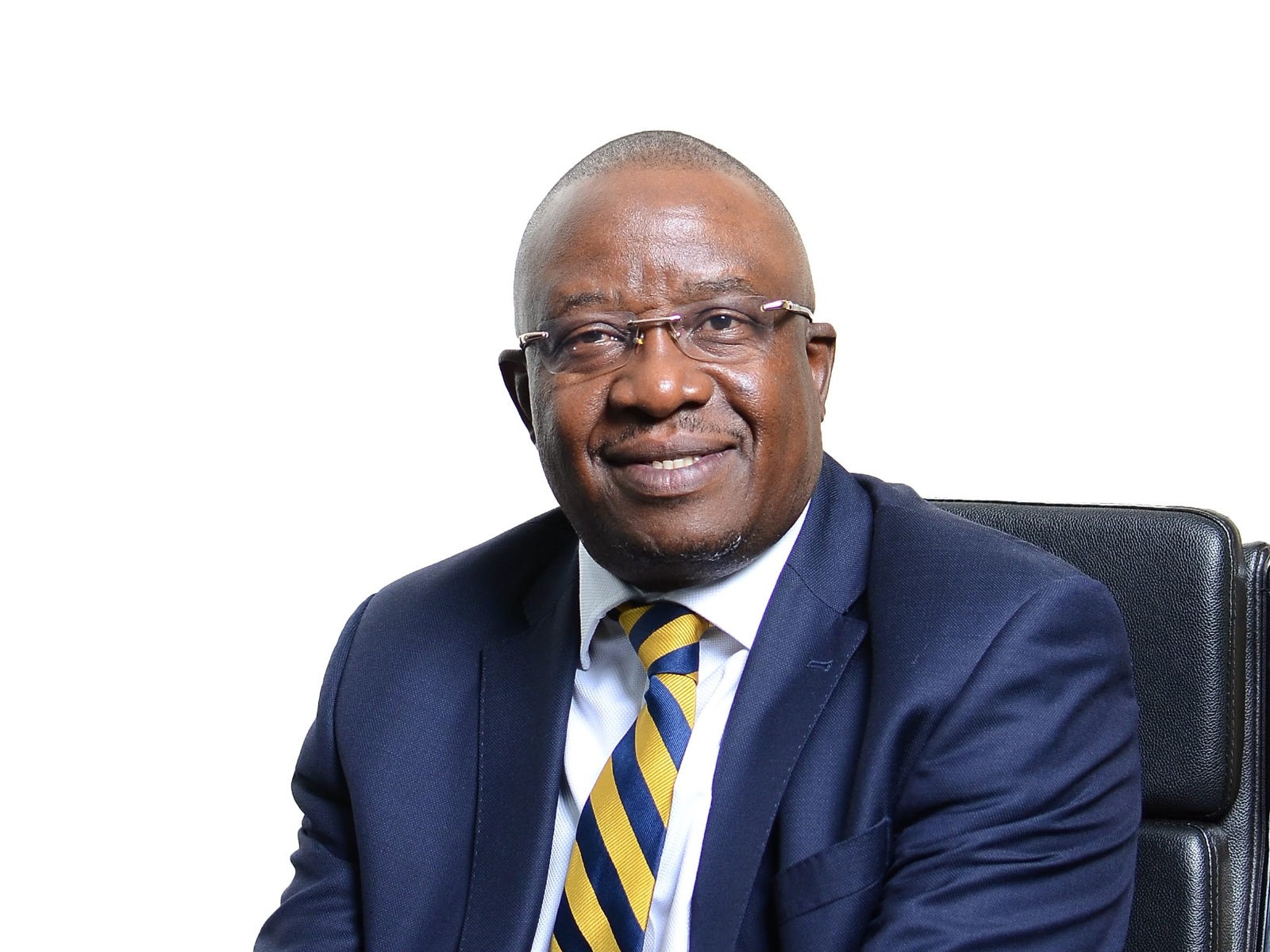 The assertions and concern of the president do carry a lot of weight and implications for the economy. These concerns are valid, because without access to cheap energy, our industrial and agricultural production continue to be uncompetitive, and our households continue to use kerosene which is a health hazard.

But what has gone wrong and what should we do? First it is important to have a historical context to this problem.

The Nalubaale HEP station (formerly Owen Falls) was commissioned in 1954 and has a capacity of 180MW. It was not until 1993 that work started on the Kiira HEP station.

The latter was commissioned in 2003 and completed in 2007 with a capacity of 200MW. The Kiira HEP Station (also known as the Third Power Project) was financed by GOU, with assistance from the World Bank and International Development Association (IDA) which provides concessional financing for poor countries.

These facilities are also largely debt free, considering that they have been around for quite some time. In 2002, the Government of Uganda (GOU), undertook a restructuring of the then Uganda Electricity Board (UEB).

As a result of this so called ‘unbundling’ which created three companies UEGCL, UETCL and UEDCL) the Uganda Electricity Generation Company, a 100 percent parastatal, awarded a 20-year operational, management, and maintenance concession to Eskom Uganda Limited, a subsidiary of Eskom, the South African energy company, to cover both Kiira Power Station and nearby Nalubaale Power Station.

A comparison of the unit cost US Cents/KWh between the various power plants, therefore, in the absence of contextualising the reliability, tariff and funding structure, age and other technical dimensions of the power plants does not on its own provide an accurate basis from which the contribution of the plants towards the economy of Uganda should be compared.

Bujagali was competitively solicited as a privately financed project (a public-private partnership). This means that its method of financing was “non- recourse financing”.

This type of financing model means that the project’s lenders were not lending into the Government of Uganda but were lending directly to the project and relying on the project to repay their debt.

This meant that the lenders were assuming a higher level of risk than would normally be assumed if lending to a sovereign state because no Government guarantees, or collateral was provided outside the scope of the project’s assets.

This also meant that the project absorbed all pre-operation costs including development costs, interest and financing costs during construction which lasted form 2007 (financial close) to 2012 (commissioning). The total project cost run up to $ 902 million, of which $ 616 million were engineering, procurement and construction (EPC) costs.

In order for the financing of Bujagali to be secured, the BEL (the PPP) and the government had to enter into a power purchase agreement (PPA) that would guarantee cashflows to repay the debt incurred. There are different forms that these PPA’s take. The simplest are capacity and energy agreements.

The former, which GOU and BEL entered into is a guarantee to pay for the full capacity of the power plant, whether power is evacuated or not. The second (the energy PPA) guarantees the power producer that all energy generated will be evacuated and paid for.

Other hybrids exist but we need not bother with them here. Based on the capacity agreement entered into by BEL and GOU, the quoted price of energy becomes a function of how much energy is evacuated by the transmission company, UETCL.

The more energy transmitted, the lower the cost per kilowatt hour. This then is the crux of the Bujagali project.

Over time, energy evacuation from Bujagali has averaged about 65 -70% of available capacity, meaning that costs remain high as greater economies are not achieved. If Bujagali’s base load was being dispatched by UETCL at its full potential, then the cost would be between 5 – 6 US cents/KWh.

It is also important to note that whether the energy is generated and transmitted or not, there are operational and maintenance (O&M) costs, and financing costs that have to be paid.

These include such inputs like lubricants, insurance, labour and spares. These costs tend to be insignificant (2-4%) with size except for financing costs and the agreed return on investment.

Bujagali’s operating and maintenance costs translate to a mere 0.32 US Cents/KWh. But factoring in the full debt service costs results in a much higher unit cost per KWh on the Government and by extension the end-user. What is also not usually articulated in determining the end user cost is the impact of taxes.

The cost of Isimba of 4.16 US cents/KWh and Karuma of 4.97 US cents/KWh, only takes into consideration the reported energy charges to the sector but does not consider that the capital cost associated with the reported USD 1.93bn of loans ($1.28bn concessional and $0.65bn commercial – excluding transmission works) that cannot be serviced through the energy charges will be borne directly by the Government of Uganda, who in turn generate their revenues from taxes paid by the same end users.

If we aggregate the total energy production for the period (April 2020 through to April 2021) in our graph above, we will note that, Bujagali contributed 40.4% of the total energy generated from these plants, while Isimba and Owen falls contributed 25.0% and 34.6% respectively.

On the other hand, Karuma has been significantly delayed and is now in its 9th year of construction and the cost of these delays are yet to be quantified. It therefore becomes difficult to make the comparisons that H.E the President made without adjusting for the peculiar circumstances of each project.

What then are the lessons that need to be learnt from the foregoing? First is the fact that when the process of structural adjustment was in full gear, GOU was in a poor bargaining position.

It did not have the resources to fund the Bujagali HEP construction or rehabilitate the distribution grid, and that is how Umeme Limited was invited, nor could we as a country afford any further delays.

This is how some functions were therefore ‘concessioned’ to the private sector, at private sector terms that among others include guaranteeing returns on investment to the project sponsors.

It is now counter intuitive to say that these were bad deals when we negotiated them with open eyes. The correct course of action therefore would be to reduce the costs of energy from Bujagali by ensuring all its production is dispatched through the grid by UETCL.

This would reduce the cost to about 5 US cents/KWh. Secondly, we must note that Uganda did not have the skills to negotiate these deals and the risks of rent seeking were very high as we saw in the case of AES the parties accused of impropriety were Ugandans and this is a sticking point for us as it led to the eventual collapse of the previous AES effort at Bujagali (10 years with finally no result which necessitated the re-tendering and eventual award to BEL).

Many bad decisions are a result of self-interest rather than national interest. We have seen this in the case of driving permits, national identity cards and motor vehicle inspections. The elephant in the room was always self-interest for which the protagonists were paid pittances.

The third lesson for us is that infrastructure projects that have a long-term payback, but immense socio-economic impact ought to be funded from our budget’s capital expenditure envelope or on concessionary terms if we have to borrow.

The Bujagali HEP station, like many ongoing road projects have been financed using non-concessional funds. It is therefore absurd to cry ‘wolf’ after signing on the dotted line.

A varying view to this, it must be noted, is that the even with such projects, when we use non-concessional funds, we must ensure we are able to maximize the utility of such projects so as to reduce the unit costs while increasing the ease of serviceability of our commitments. Indeed, there are many projects for which we have borrowed funds and failed to utilize the said funds while incurring commitment and penalty fees.

We need more efficiency in our public investment programs PIP).

A world bank report (Economic Update: Managing Uganda’s Public Investment Better Will Bring Higher Returns, 2016) noted that Uganda PIP’s, like most in Sub-Saharan Africa, faced efficiency gaps of up to 30%- in other words, Uganda is losing, on average, US 30 cents per USD 1 invested in her PIPs.

Lastly, we need to note that tariffs are a composition of many things. These include the energy source (fossil, water, solar), capacity, transmission, distribution, administration, pollution, congestion (peak vs. non-peak) and taxes.

This then takes back to the unlayering and liberalization of the sector. Did we benefit from liberalizing the energy sector? Yes, because we were able to allow actors with financing to enter the market and compete.

We were also able to significantly increase the supply of power and do away with the incessant load shedding. Indeed, our problem has changed from capacity to effective demand.

But then again that is the nature of economic decisions; there will always be an upside and downside.

You cannot choose one without the other.

There has been a national blackout as the country prepares to listen to President Museveni’s address in regards the deadly...