According to the state-run biotech corporation, BioCubaFarma, Abdala has proven about 92.28% effective against COVID-19 in clinical trials

In a measure of its ambitious efforts to be vaccine self-reliant, Cuba has named one of its homegrown jabs Abdala, after a famous dramatic verse by independence hero and national icon Jose Marti. In the verse, the young hero, Abdala, heads to war to defend his fatherland, full of patriotic fervor no matter how strong and powerful the enemy.

From the perspective of many Cubans, it’s the perfect name for the first COVID-19 vaccine to be developed in Latin America. And the perfect imagery for the story of a tiny island of 11 million inhabitants eager to show it can’t be broken by a deadly virus and a 60-year economic blockade by the United States, and a country that boasts several brilliant scientists of its own.

One of them is Gerardo Enrique Guillen Nieto, director of biomedical research at the Center for Genetic Engineering and Biotechnology (CIGB) in Havana where Abdala was developed.

Last Sunday on Father’s Day, Cuban television ran a commercial featuring the 58-year-old Guillen Nieto. Accompanied by melodramatic music, it opened with the scientist in his clinic while his son talked off camera about how his father works tirelessly for his family and the people. 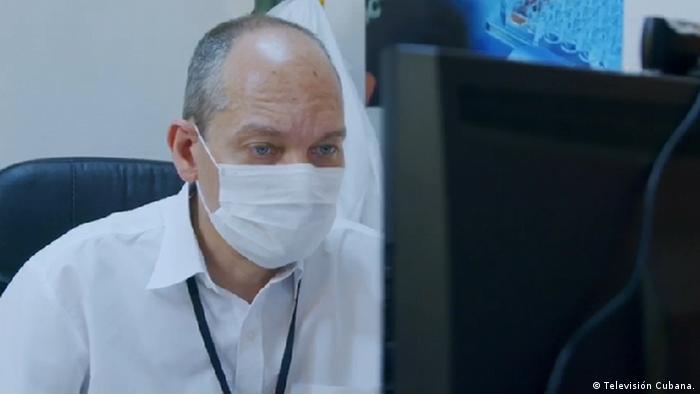 “We have worked full time since the beginning of the pandemic, every Saturday, every Sunday, from early in the morning until late at night, without even a moment’s rest,” the highly respected scientist said in the clip. “And we are very euphoric because the results have exceeded all our expectations. We knew the vaccine was very good, but not even I expected such a result.”

Charting its own course

According to the state-run biotech corporation, BioCubaFarma, Abdala has proven about 92.28% effective against COVID-19 in clinical trials, which would put it the same league asthe most effective vaccines BioNTech-Pfizer and Moderna. Huge applause erupted in the auditorium of the CIGB this week when the impressive results were announced.

Since then, Guillen Nieto has been inundated with interview requests. The whole world wants to know Abdala’s formula for success. The Cuban vaccine is neither a vector vaccine nor does it work with mRNA technology. Instead, it’s a so-called protein vaccine. That means it carries a portion of the spike protein that the virus uses to bind to human cells. It docks onto the receptors of the virus’ own spike protein, thus triggering an immune reaction. The scientists are using yeast as a receptor-binding domain.

The government vaccination program was rolled out in mid-May with Abdala and the second homegrown vaccine, Soberana 2, even before the completion of the third phase of clinical trials. These are the first vaccines on the island since Cuba declined importing any shots from Russia or China. Cuba has also decided against joiningthe UN-backed COVAX initiative, a global project aimed at getting COVID-19 shots to countries regardless of their wealth.

“We know that in the end we always have to rely on ourselves, on our own strengths and abilities,” said Guillen Nieto, alluding to the political isolation caused by the US embargo. “The result is a health care system that is not only free of cost but also centrally controlled, and that has perfected the ability to respond quickly to disasters, be it with clinical trials, with vaccination campaigns or even the production of a vaccine.”

According to Guillen Nieto, 2.2 million Cubans have already received their first vaccination, 1.7 million their second and 900,000 the third dose.

Abdala is administered in three doses, with two weeks between each vaccination. Based on the government’s ambitious plans, 70% of country’s population should receive their shots by August.

It’s a race against time because the number of new infections on the Caribbean island is steadily rising with more than 2,000 cases a day. Nearly 1,200 people have died of COVID-19 in Cuba. Guillen Nieto is counting on the vaccination campaign to give him a decisive advantage over all other countries in the world in the fight against the virus. 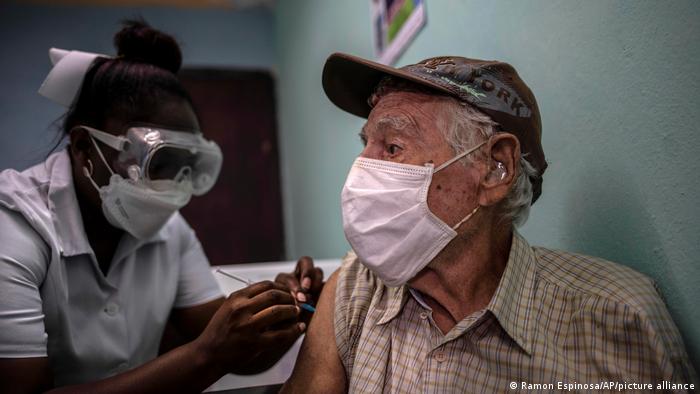 Cuba rolled out its vaccination campaign in mid-May

“Here there is an unprecedented level of trust in the Cuban health system,” he said. “For example, we never have problems finding volunteers when it comes to clinical trials. In Cuba, people are extremely eager to be vaccinated. No one here would think of not getting inoculated because everyone knows how important vaccinations are.”

An independent panel of experts in Havana will now scrutinize the Abdala vaccine, and official emergency approval is expected in the next two weeks. After that, Cuba could also apply to the World Health Organization (WHO) for approval of Abdala for international use. Bolivia, Jamaica, Venezuela, Argentina and Mexico have already signaled interest.

But is Abdala really the miracle vaccine that the numbers promise? Perhaps Jose Moya is the man best placed to assess this. The Peruvian doctor started out as an epidemiologist 30 years ago in his native Ayacucho, and then worked for Doctors Without Borders in Guatemala, Mozambique and Nigeria.

For the past two years, Moya has been the representative in Cuba of PAHO (Pan American Health Organization), a regional organization of the WHO with 27 country offices. And, he trusts the Cuban figures.

“The CIGB Research Institute has 30 years of experience in vaccine research. I trust the results that have been published. These are serious studies, with the participation of researchers and institutions committed to science,” Moya said.

The best proof is the fact that 80% of all of Cuba’s vaccines are produced in the country itself, Moya said. He was not surprised by the high efficacy of Abdala, saying it was simply the logical consequence of a health care system that had been performing steadily well for decades. “Already, the results published by the scientists beforehand showed a good response in terms of antibody production,” he said.

Cuban President Miguel Díaz-Canel, however, does not want to dwell on scientific assessments of the new vaccine. For him, the country’s drive to pursue homegrown solutions rather than importing foreign vaccines are a triumph of Cuba’s biotech industry.

“This success can only be compared to the greatness of our sacrifices. It is an example of the pride with which a country treats its pharmaceutical industry, which has been living with the US economic embargo since 1962,” he said.

This article has been translated from German

VIDEO: Bobi Wine should choose to be a politician or artiste at a time, not both at once- Bebe Cool

Self proclaimed singer Moses Ssali alias Bebe Cool has urged his colleague Bobi Wine to ‘balance his boat’ and choose...