For the first time in history, the region is controlling an enviable two thirds and half of the arms of government – the Vice Presidency, Legislature, Judiciary plus scores of ministers in strategic departments!

We, northerners have been incessantly complaining that the NRM is a ‘government of westerners, by westerners, for westerners’, to paraphrase the 16th US president Abraham Lincoln.

Curiously, we have always conveniently forgotten to complain that, under this “western” government we have built many more residential and commercial premises back home and in Kampala, than we ever did under “northern” governments of Obote, Amin, Obote and Okello, combined!  More on this one day.

Meanwhile, following the recent cabinet appointments, we will have only our home-bred throng of ministers and other government officials to blame if abject poverty continues to enslave and dehumanise our people from Lango, Acholi, Teso, Karamoja and West Nile.

Museveni has told us that “in forming the cabinet, I was adding, subtracting, dividing and then coming back. I had to look at tribe, religion, region and balance” (Nile Post, 8th June).

An eagle-eyed observer will thankfully see that Museveni’s mathematical gymnastics has caused a dramatic shift in political power balance in favour of the greater north.

For the first time in history, the region is controlling an enviable two thirds and half of the arms of government – the Vice Presidency, Legislature, Judiciary plus scores of ministers in strategic departments!

This should have profound implications for service delivery in a region that has perennially dominated the bottom pile of national poverty indices, thanks to decades of insurgency and cattle rustling, which raged in the aftermath of the fall of governments led by our northern kith and kin Amin, Obote and Okello.

If, as political-economists keep on reminding us, that ‘politics is about who gets what, where and how much’, then Museveni has given us the lion’s share of the levers of political power to effectively deal with this question. 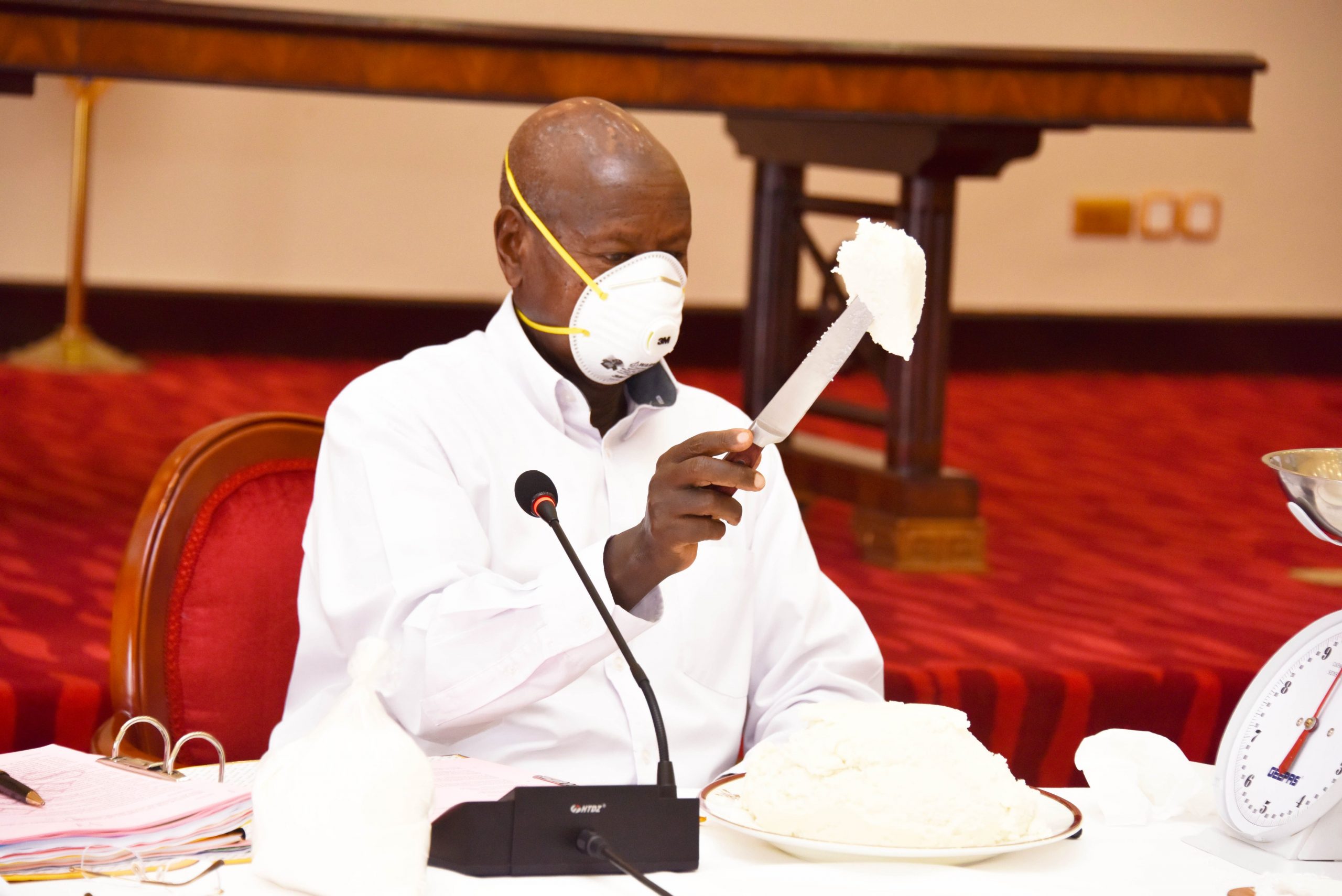 Put another way, if development is about tackling ‘the five giant evils – want, ignorance, disease and squalor”, which British social engineer Lord Beveridge identified in his 1942 report, then Museveni has also given us adequate political commanders to and foot soldiers destroy these evils.

In UN speak; Museveni’s appointments have given us a unique opportunity to put in place firm foundations for achieving the UN Sustainable Development Goals, especially the first 8: no poverty, zero hunger, good health, quality education, gender equality, clean water, affordable clean energy, and descent work and economic growth, which have crippled the north.

Let me elaborate all the above in the context of Museveni’s appointments of people whose name start with either A or O:

Hon Jessica Alupo, from Teso, linguistically and culturally close to the Kajamojong, Lango, Acholi, Alur, Kakwa, Kumam and Jopa-dohla, is the vice president and therefore constitutionally standing a heartbeat away from the top seat. Her post carries an enormous political influence in all areas of government and service delivery.

Hon Jacob Oulanyah from the Acholi is deputised by Anita Among as Speaker of parliament. The two tribal cousins are now in charge of the legislature with the primary responsibility for approving Government budgets.

Hon Gen Moses Ali, yet another cousin, from Madi, is 2nd Deputy Prime Minister and Deputy Leader of Government Business in Parliament.

Hon. Justice Alfonse Chigamoy Owiny-Dollo, from Acholi, is the Chief Justice, while Hon. Justice Jane Frances Abodo, from Karamoja, is the Director of Public Prosecutions (DPP).

The two cousins are responsible for interpreting the Constitution and the laws of Uganda, promoting the rule of law and protecting human rights of individuals, conducting prosecutions, instituting and responding to appeals.

In UN speak, the two relatives are responsible for sustainable development goal 16, which is peace, justice and strong institutions. They should have no mercy for the corrupt and extend free legal service to the poor to protect their land rights now being trampled on.

Gen Jeje Odongo, from Teso, is deputised by his tribal cousin Henry Okello Oryem from Acholi as Minister of foreign Affairs. The two are responsible for promoting constructive diplomatic relations with foreign powers. They should creatively use their diplomatic access to foreign governments and financial institutions to lobby for social and economic development funds for the greater north.

Hon Dr Jane Ruth Aceng Ocero, from Lango is the Minister of health and responsible for delivering UN development goal 3.  She should ensure availability of equate and affordable primary and specialist health care services for the poor now waiting to die in their own homes.

Hon Betty Amongi Ongom, from Lango, is Minister of Gender, Labour and Social Development. She is deputised by her tribal cousins Hon Okello Engola from Lango (Employment and Industrial Relations) and Helen Asomo from Teso (Disability Affairs).

In UN speak, these cousins are responsible for Sustainable development goals 5 and 10, or gender equality and reduced inequality. They should start by collecting and taking to rehabilitation centres the hundreds of streets children being abused and trafficked as domestic workers and sex slaves.

Hon Mario Obiga Kania, Lugbara, is Minister of State for Lands responsible for Urban Development which is consistent with UN SDG 11, or sustainable cities and communities. He should prioritise modern rubbish and sewage clearance, now a health hazard in the towns and slums.

The youthful and indefatigable Hon Evelyn Anite, a Lugbara and Kakwa, is the State Minister for Finance, Planning and Economic Development, responsible for privatization and investment. She should seriously review the privatisation of basic services, especially health and education, now beyond the rich of many in the north.

Hon Peter Ogwang, from Lango, is the Minister of State in the office of the president responsible for economic monitoring.  He should comb the north and scrupulously audit the quality of infrastructure development projects against cost.  Roads contracted today and falling apart tomorrow.

Hon Dr Obote, no less, is Minister of State, Office of the Prime Minister, responsible for Teso affairs.

Jadwong (chief) Ofwono Opondo P’Odel, a Jopa-dohla is government communications director. In US, he would be called White House Press Secretary whose primary responsibility is to act as Chief spokesperson for the executive branch of the federal government, especially with regard to the president, senior aides and executives and, above all, government policies.

And the list of ministers and officials whose names start with A or O goes on.

Granted, they are appointed to serve the whole country. They were appointed to their position, expecting them to form a formidable group in terms of lobbying for and directing development projects which benefit everyone in their war ravaged regions.

Sadly, the lack of funds has never been the main cause of persistent and deepening poverty in the north and across Uganda.

Rather, it is brazen corruption.  Successive ministers, MPs and local government officials have always been stealing government funds and prioritising their own families, clans, in laws and close friends.

Result? The desperately poor communities in the north have been unfairly blaming Museveni in particular and westerners in general for their plight. Yet, the vast majority of westerners are just as poor, if not poorer than their counterparts in the north.

That is why I am urging the quietly efficient new Security Minister, Gen Muhwezi, to list corruption alongside terrorism as a major national security threat.

Opinion: Impact of colonialism and neo-colonialism on African economies

The onslaught of colonialism in Africa started way back in the 7th century when invaders took control of the northern...

Bits of ME “I decided almost three months back to leave my lunchbox in the car because I got tired...

OPINION: Why are roads in Greater Nebbi not national priority?

By David Rupiny The people of Greater Nebbi (Nebbi, Pakwach and Zombo districts) are very frustrated over the extremely poor...