At least 12 Independent Representatives have participated in handing over support items to St. Francis of Assisi For The Weak, to aid internally displaced persons (IDPs) in Uganda.

The Ramadhan donation by QNET is only one of many of the company’s ongoing efforts to support the communities within which they operate. In honouring the Holy Month of Ramadhan, Qnet donated to St. Francis of Assisi For The Weak.

“We are grateful to QNET for the food items. The value of these support items cannot be overstated. An additional meal for the family takes away the worry and therefore allows the families focus on other activities that give them durable solutions,” commented Mr. Aloysius. 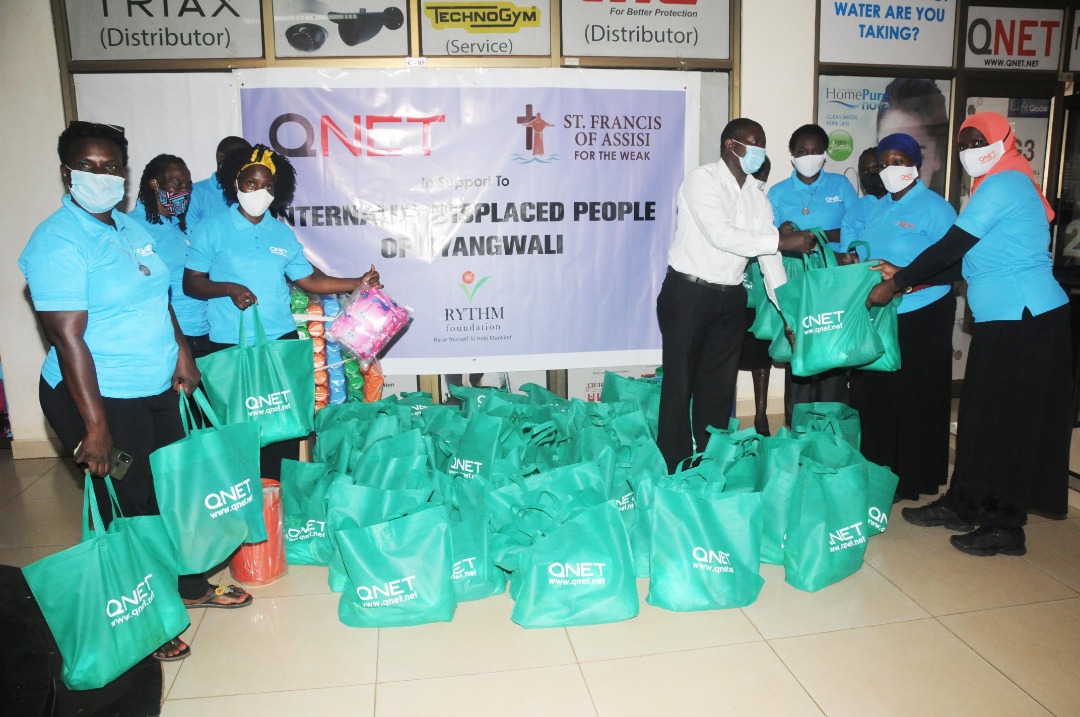 St. Francis of Assisi for the Weak was started in 1996, at which point it focused on helping the Karimojong who were homeless and sleeping on the streets of Kampala. The organization was then officially registered on the 25th of April 2006 (Reg. S.5914/ 6350).

“Thanks to the organization’s help, and working alongside other supporting NGOS, we were able to return and resettle many Karimajong in their native Ramatoit- Karamoja,” Mr. Aloysius went on to say.

The Karimojong people are one of the largest clusters of historically displaced persons in Uganda, and have over the course of the past few decades been impacted by natural disaster. As a result, via their seminomadic lifestyle have sought different regions in Uganda to make home. Traditionally, a pastoralist tribe, the people have been peaceful in nature and have kept to their own community. “We have been assisting them with foods, medicines and clothes. Teaching them sustainability skills in farming to facilitate themselves. Many moved from the camp back into resettlement in their own homes,” Mr. Aloysius added.

Expanding its community aid efforts, St. Francis of Assisi For The Weak has partnered with various other NGO’s to help the internally displaced people of Kyangwali in Western Uganda.

The Government of Uganda is already giving support to more than 1000 people living at the St Francis of Assisi for the Weak Camp. On its part, QNET via its corporate social responsibility arm, the RYTHM (Raise Yourself To Help Mankind ) Foundation is providing support to needy communities worldwide.

St. Francis of Assisi For The Weak has also lent a hand to some 200 families with Shelter, Food, Utensils, Beddings and Clothing.

Muslims have been urged to trust their Imams to handle Zakatul fitr distribution as they trust them in other spheres...

Stanbic Bank, Salam Charity come to the rescue of the needy during Ramadhan