PICTORIAL: Museveni sworn in as president for sixth term

President Yoweri Tibuhaburwa Museveni has been sworn in for a sixth term as Uganda’s president following his January 14 victory against 10 other candidates.

President Yoweri Tibuhaburwa Museveni has been sworn in for a sixth term as Uganda’s president following his January 14 victory against 10 other candidates.

Museveni, 76, won 58 percent of the votes cast in January’s polls, beating his closest rival and pop star, Robert Kyagulanyi, also known as Bobi Wine from the National Unity Platform who has since disputed the results saying the election was not free and fair.

At around 10;57am, Museveni arrived in a gleaming black Mercedes-Benz donning a black suit and escorted by his wife also First Lady, Janet Museveni before he was received by the Vice President Edward Kiwanuka Ssekandi and the Prime Minister, Dr.Ruhakana Rugunda.

He proceeded to receive a presidential salute before he inspected the army parade to signify the closing of the previous term and usher in a new term.

Museveni was later presented by the Electoral Commission chairperson, Justice Simon Byabakama to the Chief Justice, Alfonse Owiny Dollo as the duly elected president of Uganda for the next five years. 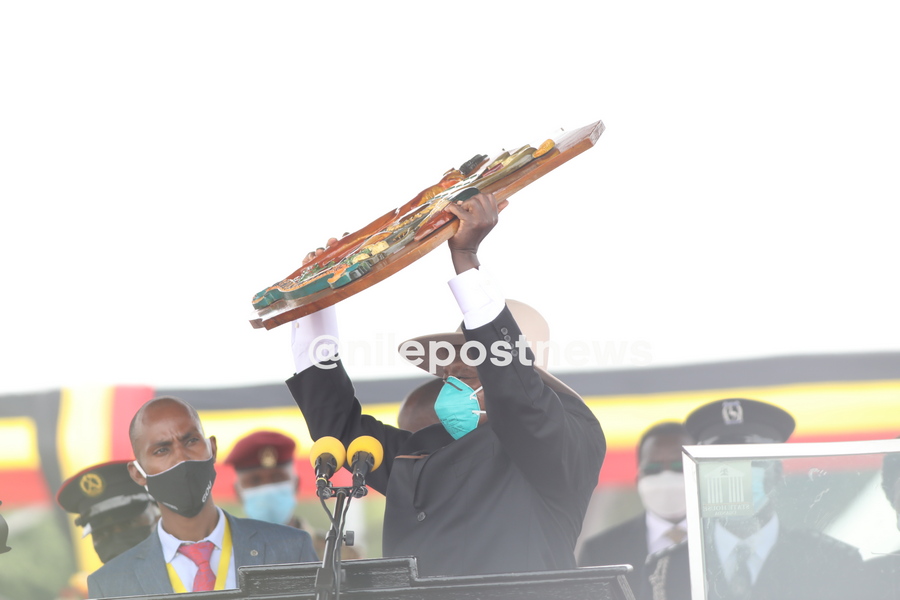 Museveni was later sworn in by the Chief Justice as he took the oath of allegiance.

“I … do swear … that I will always truly and diligently serve the people of the Republic of Uganda,” Museveni said with his hand on a Bible, similar to one he first held as he was being sworn in as president in 1986 after his National Resistance Army had overthrown the military government of Gen. Tito Okello Lutwa.

He was later handed the instruments of power including Constitution, the national flag, the presidential standard flag, the national anthem, the National Court of Arms and the public seal from the Chief Justice. 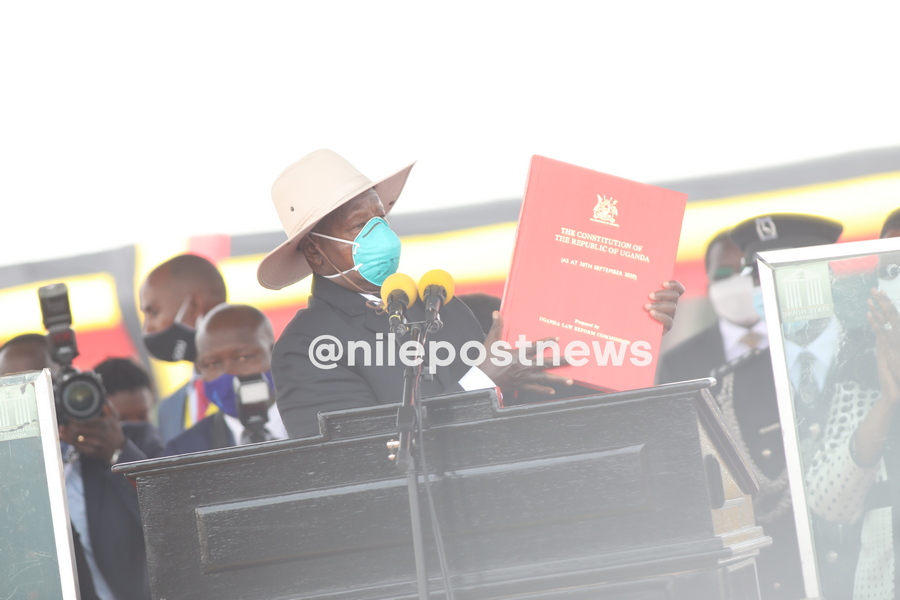 Museveni later received the instruments of national defence including the shield and the sword from the Chief of Defence Forces, Gen David Muhoozi.

He later received a 21-gun salute.

A total of 12 heads of state and other dignitaries witnessed the inauguration at the Kololo Independence grounds as thousands followed proceedings from their homes for fear of spreading Coronavirus.

Four confirmed dead after being buried alive in stone quarry

Police in Kabalagala in Kampala have kicked off investigations into circumstances under which soil buried four men alive in a...

Four confirmed dead after being buried alive in stone quarry

A huge cabinet is a burden to the taxpayer, says DP