The Kampala Film Development Foundation held a press conference on Thursay at the Victoria International Gardens in Naguru to launch their first-ever virtual film and cultural week. 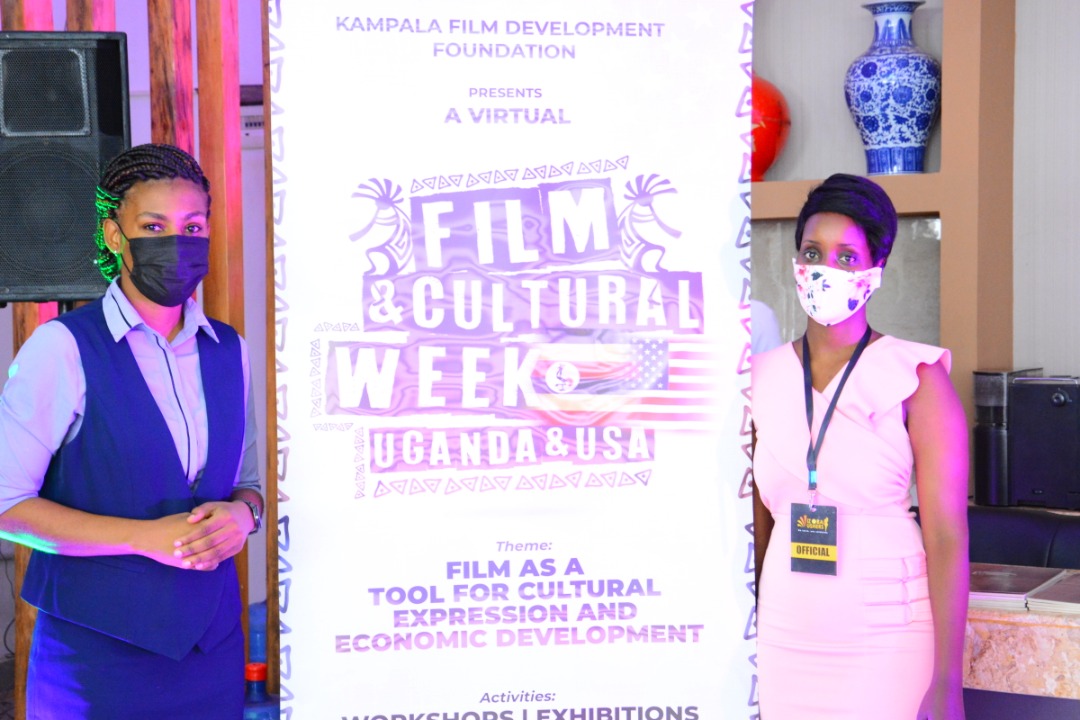 The event was graced by the Uganda Musicians Association (UMA) president Cinderella Sanyu, the U.S. Embassy Cultural officer Caroline who came on behalf of the U.S. ambassador to Uganda, and all film and culture stakeholders from all walks of life.

The foundation focuses on collaboration through film and cultural diversity that exists between Uganda and the USA. It features screenings of Ugandan and American films, works of young filmmakers, special events, and more.

‘The dream is to create a market for the Ugandan filmmakers. I want to appreciate the effort and support of the US Mission Uganda for coming out to say that they’ll support the dream. We believe that our culture has been hidden, and it can only come out through film, ’said Godfrey Musinguzi, the founder of Kampala Film Development Foundation. ‘Nothing promotes culture more than more film. Cultures gives music an identity. I want people to listen to my music and know where I come from’ added Cindy Sanyu.

The main event is slated to take place on 28th to 30th May at the National theatre. Registration is still going on on www.kfdf.org for anyone that’s interested in film, dance, make-up, fashion, and music.

MC Ollo features as the villain in Suubi the shattered dream, a mini tv series

Imperial Blue: A British-Ugandan fantasy film to look out for