Mufti Menk has arrived in Uganda

Renowned Muslim cleric and Grand Mufti of Zimbabwe Ismail ibn Musa Menk popularly known as Mufti Menk has arrived in Uganda ahead of a three-day visit.

According to Kuuwe Umar, Executive Director Imnaq Social Development and Dawa, the motivational speaker’s visit is aimed at laying the foundation stone of Musa Islamic Centre and the Charity Iftar.

Mufti Menk who arrived in the country on Sunday night aboard Ethiopian Airlines comes on invitation by Pearl of Africa Hotel and the Executive Director, Imnaq Social Development and Dawa. 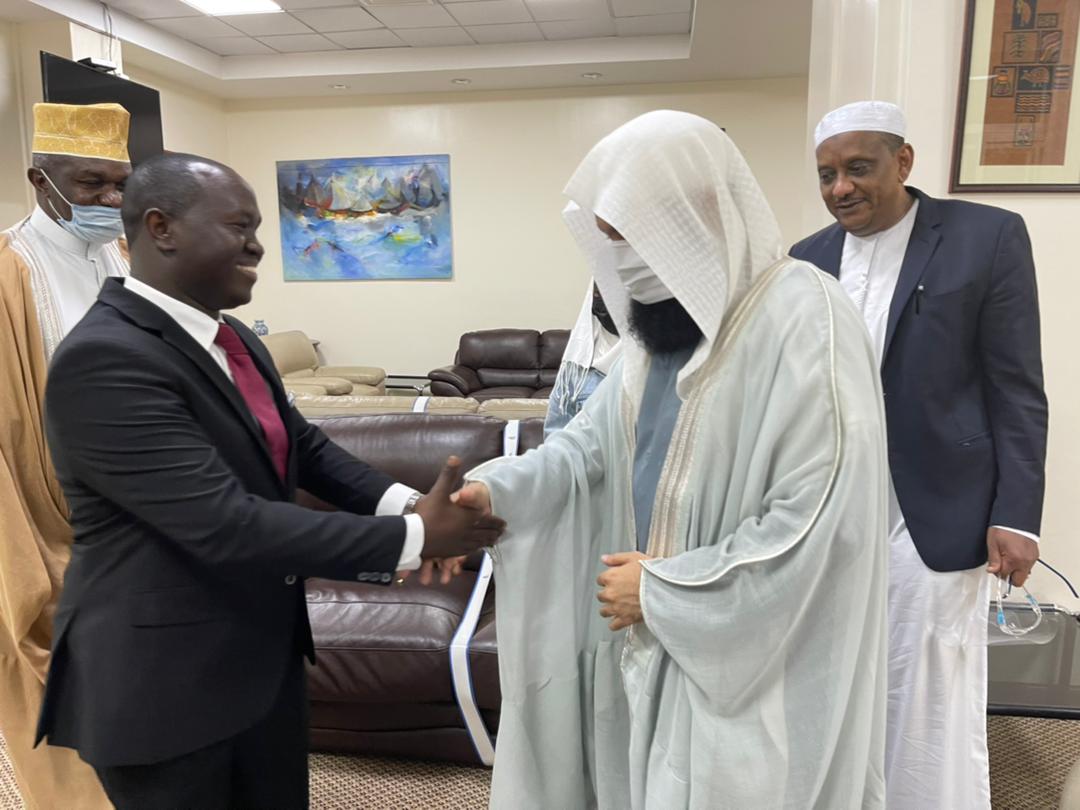 A number of activities have been scheduled for the motivational speaker’s visit in the country.

He was received at Entebbe International Airport by Next Media Service’s chief protocol officer Pablo Bashir.

Menk is expected to meet both mufti’s of Uganda this Monday, 26th April before later holding the conference to inspire the youth to live a better life. He will later visit the Uganda Muslim Supreme Council.

On Tuesday afternoon, 27th April 2021, he will proceed to Rwakitura where he will meet President Yoweri Museveni. Hence after, he will attend Thurayya Ramathan Conference.

The Islamic scholar will on Wednesday, 28th April 2021 attend the Inauguration of Musa Quran Memorisation Centre. On the same day, he will visit a number of tourist sites including the Source Nile in Jinja.

This is Menk’s second visit in Uganda. He last came to the country in June 2019 where his major purpose was to preach peace among the Muslim community due to the many differences in the fraternity back then.

Who is Mufti Menk?

Ismail ibn Musa Menk well known as Mufti Menk is a Muslim cleric and Grand Mufti of Zimbabwe He is also the director of Daarul ilm (Islamic Educational Canter) of the Majlisul Ulama an Islamic welfare organisation which caters to the needs of the Muslim population of Zimbabwe, especially in Islamic education.

Mufti Menk’s personal and down to earth personality in his lectures has made him one of the most sought after Islamic scholars in recent times. His lecture series are widely watched on YouTube and other social media platforms and have quickly gained attention and popularity across the globe.

In 2014 and 2017, Mufti Menk was named one of the 500 most influential Muslims in the world by the Royal Islamic Strategic Studies Centre of Jordan.

President Museveni has hailed the proprietors of Picfare...