Businessman Franck Biya (left) may be poised to take over from his father, President Paul Biya (right)

In recent years, the debate over who will succeed Cameroon’s long-time president,Paul Biya, has become a point of political contention. The 88-year-old, who has held the top office since 1982, is due to end his latest term in 2025.

Until recently, Biya’s eldest son kept a relatively low profile. Most Cameroonians knew little about Franck Biya, who has worked as a businessman and entrepreneur.

But now, speculation is mounting that he may be preparing to take over his father’s role as leader. Social media has been flooded with images of Franck Biya as he allegedly gathers support for his own political party. Some of the videos are calling for his candidacy.

#Cameroon: Serge Akounou is a childhood friend of Franck, @PR_Paul_BIYA's son. Their friendship has hit a rough patch, likely b/c Akounou's father Gervais Mendo Ze, a former director-general of Cameroon Radio and Television has been imprisoned since 2014.https://t.co/SG71a2Whxa

A group of businessmen, politicians and government allies has even formed The Frankistes Citizen Movement for the Peace and Unity of Cameroon. Led by businessman Mohamed Rahim Noumeau, they are calling on Franck Biya to run for the presidency in the next general election.

An expected turn of events

Across the country, opinions vary on Franck Biya’s possible ascension to power.

But it’s the manner of the transition that has most Cameroonians concerned. While some think it’s possible that Franck Biya will go through the democratic process, others believe a free and fair power changeover is simply a pipe dream for the central African nation.

“It has been normal in Africa and in the Francophone system, which France has harnessed and upheld, that [authorities] always work with the children as successors of various presidents,” political analyst Ako John Ako told DW.

Franck Biya’s presidential ambitions don’t come as a total surprise in the context of the region. Togo’s current president Faure Gnassingbe was immediately installed as the nation’s leader in 2005 following the death of his father, President Gnassingbe Eyadema, who ruled for 38 years.

the death of his father, President Gnassingbe Eyadema, who ruled for 38 years. 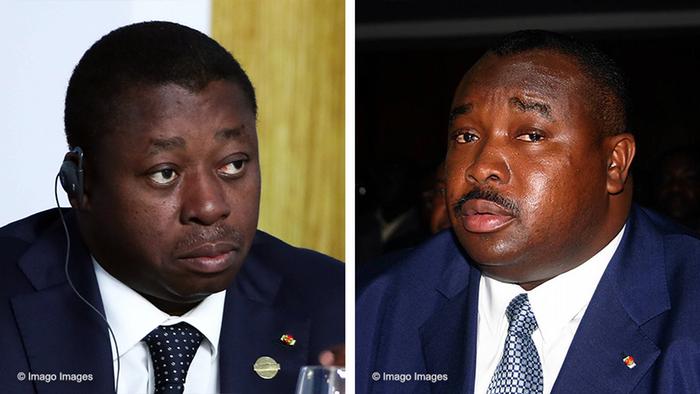 In the Democratic Republic of Congo (DR Congo), incumbent president Felix Tshisekedi was elected to lead the Union for Democracy and Social Progress (UDPS) after his father, former president Etienne Tshisekedi, died in 2017.

As with these similar cases on the continent, Ako says it is likely that Franck Biya’s run for his father’s job will provoke resentment among many in Cameroon and even worsen the country’s current crises.

“Franck Biya becoming president will anger many Cameroonians and may provoke other conflicts,” he says. “From fighting Boko Haram in the north, the Seleka [rebels] in the east and the [Anglophone] crisis in the north-west and south-west. It will keep Cameroon in pieces.”

But not everyone agrees with this outlook. Njang Denis, the leader of Cameroon’s Popular Action Party (PAP) says there’s nothing inherently wrong with Franck Biya eventually becoming president of Cameroon. However, he stresses that he must be elected through a democratic process, otherwise his rule would be in violation of Cameroon’s constitution.

“I will have a problem when it becomes unconstitutional, where it becomes a backdoor game,” Denis told DW.

Cameroon’s constitution stipulates that if the president leaves power before the end of his term, the president of the senate will ultimately succeed him. Since its independence in 1961, Cameroon has only had two heads of state. Cameroon’s first president, Ahmadou Ahidjo appointed Biya as president of Cameroon in 1982 following the latter’s resignation. Biya later consolidated power in a staged attempted coup in 1983-84 in order to eliminate his rivals. He eventually introduced a multiparty system in the early 1990s, but opposition politicians have long alleged voting irregularities. 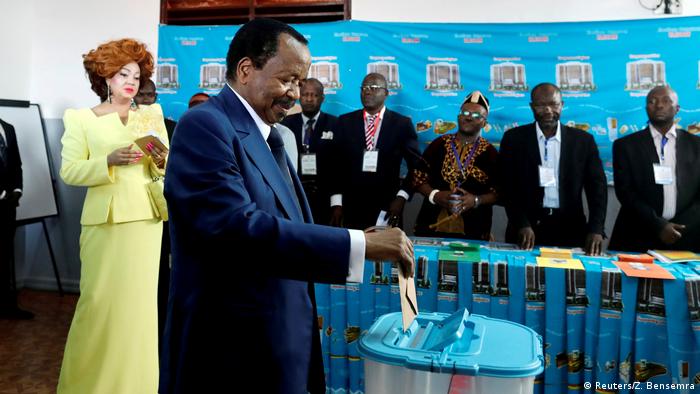 Cameroon’s president Paul Biya has been in power since 1982

Biya has now held his position for almost 30 years and has amended his country’s constitution to allow him to stand for reelection indefinitely. Denis is wary of Cameroon’s next president following the same path.

“We do not want the same scenario where Ahidjo prepared the terrain for Biya to come in…I do not want a situation where it looks like we are in a monarchy,” Denis said.

However, not everyone is as concerned with the possible pitfalls of Franck Biya’s candidacy. For Cameroonian history teacher Kedia Robert, anyone has the right to stand for election — and Franck Biya should not automatically be discredited because he is the president’s son.

“Franck Biya is a Cameroonian,” Robert told DW. “He has his legitimate right and political right to step in for any position. We could not discredit him because his father is a president.”

Robert points out similar situations around the world in which the children of a former sitting president ultimately took on the same role, including the Bush family in the United States and Gabon’s President Ali Bongo Ondimba, who was elected following his father’s death in 2009 — albeit amid accusation of voting irregularities.

“It will not be a problem in Cameroon,” Robert said. “That is democracy. If people vote for him, then it’s good.”

DP to sensitise people along oil pipeline route on compensation

African presidents are willing to go to extreme...