Police’s investigation efforts have been boosted by the acquisition of two 3D laser scanners to allow investigators 'enter' crime scenes.

Police’s investigation efforts have been boosted by the acquisition of two 3D laser scanners to allow investigators ‘enter’ crime scenes.

Whereas crime scene photography has been around for more than a century capturing images just moments after a crime has been committed, investigators can however do more than just take a photo by going inside it by use of 3D scanning.

On Friday at a function to pass out 60 scenes of crime officers, the Justice, Law and Order Sector(JLOS) donated two 3D laser scanners and 30 motorcycles to Police.

Speaking as he received the equipment the acting Police Director for Forensic Services, Superintendent of Police Andrew Mubiru said the equipment will help them make great strides in investigating crime and presenting evidence in courts of law.

“Crime scene investigation is one of the most popular uses of 3D laser scanning technology.3D scanning solutions are making giant leaps forward in investigative technology. This helps record millions of measurements along with panoramic photography to capture everything within its line of site. Now investigators can virtually return to the crime scene to examine the viewpoints and extract essential data when examining evidence in court,” Mubiru said. 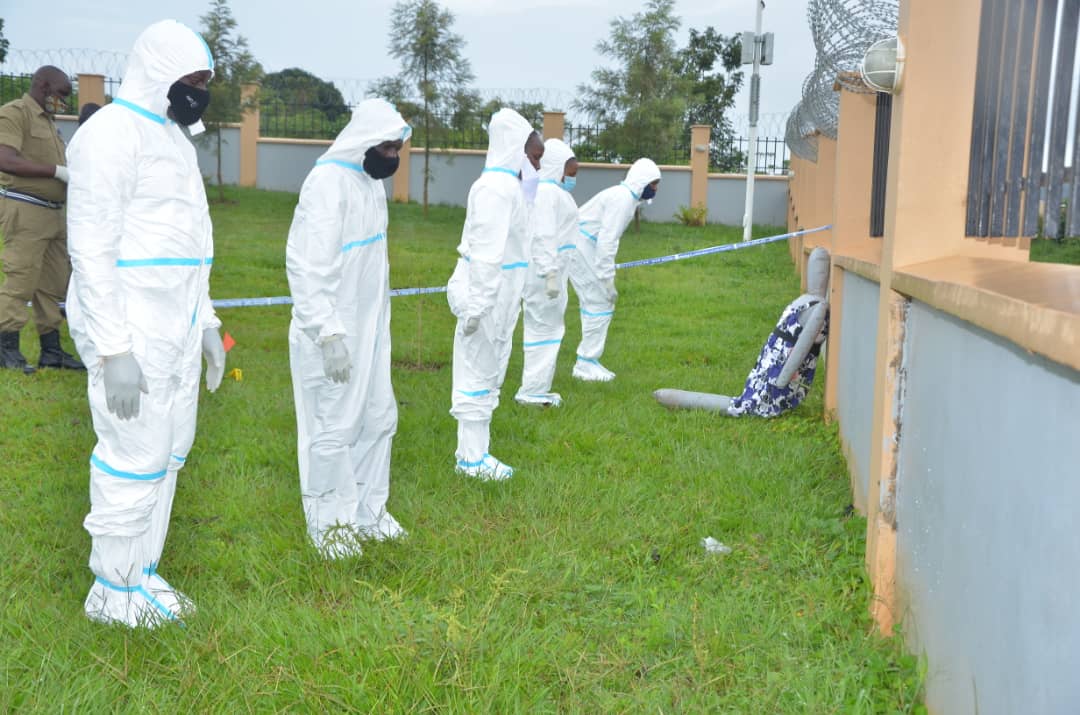 He also underscored the role of 3D laser scanning technology in giving prosecutors another shot at the crime scene long after it has been cleaned, noting that this will ensure successful prosecution.

Mubiru applauded JLOS for the donation to the Police force that will greatly aid investigations.

According to officials from the Justice, Law and Order Sector, the two 3D laser scanners cost shs302 million.

Whereas traditional forensic tools including cameras for still and video images, tape measures and measuring wheels have always been relied on, the 3D scanning system has the power to bring a crime scene into the courtroom through photorealistic 3D models using methodical and scientific approaches.

The system also allows analysts to collect precise dimensions, evidence and features to be recorded for later analysis.

Speaking to the 60 scenes of crime officers who were passed out, the acting Director Forensic Services, SP Andrew Mubiru said they need to appreciate that their roles do not end at crime scenes.

“In upgrading your capabilities and knowledge, we give you an understanding of the new technologies that are coming through and we emphasize being meticulousness at the work you do because you are the start of the criminal justice process,” Mubiru said.

“You are a key support element in our investigation processes. Therefore, you are required to have a high ethical and moral standard because you are dealing with an area where you are your own supervisor at the scene of crime. If you recover an exhibit or anything of evidential value like money, nobody is going to be there to superintend over you in terms of what you do. You should be able to move on your own principles. Be ethical, professional and conduct yourself with a high level of integrity.”

Lucy Ladila, the Adviser for Criminal Justice at the Justice and Order Sector (JLOS)  urged the scenes of crime officers to put into use the knowledge acquired from the two-week training course for the benefit of everyone with achieving justice as the main goal.

The official from JLOS urged the group to always be updated with the current developments because technology keeps changing.