The Ministry of Trade has said the trade information portal is vital in easing the exportation and importation of goods to and from outside countries.

The Ministry of Trade has said the trade information portal is vital in easing the exportation and importation of goods to and from outside countries.

In 2018, the government of Uganda through the Ministry of Trade, Industries and Cooperatives launched a trade information portal to bridge the information gap on requirements for export, import and transit.

The portal is a trade facilitation platform giving access to fully transparent practical step-by-step guides to the licenses, pre-clearance permits and clearance formalities for the most traded goods in and out of Uganda.

According to guidelines, intending traders have to first register and obtain membership before they can be able to export or import products.

Some of these registrations are mandatory, like the ones required by some government institutions while some are voluntary and yet necessary like the ones done by associations of exporters of the said products.

For example, one investor, ready with his consignment of flower cuttings, was surprised to learn that obtaining a phytosanitary certificate would have been much easier if he was a member of the Uganda Flower Exporters Association (UFEA).

This is not a mandatory registration and yet, because the association is recognised by the Ministry of Agriculture Animal Industry and fisheries and members obtain the necessary certificates faster. The same goes for members of the recognised horticulture association.

Speaking during a stakeholders’ meeting at Golf Course Hotel in Kampala, Georgina Mugerwa from the Ministry of Trade and Cooperatives said the guidelines will attract many business persons in the importation and exportation sectors.

“Look, these guidelines will save money and time for doing business since some of the paperwork is done online. You don’t need to walk to a certain office for guidelines, rather a check on the portal,” she said, adding that with the guidelines, the importers will hence eliminate sub-standards goods which normally flood on Ugandan market,”Mugerwa said.

“Member states of the EAC are all implementing the trade portal, the latest to embark on its set up being Burundi. This will make procedures transparent across the region and cause comparison for traders seeking markets with easier procedures and requirements.” 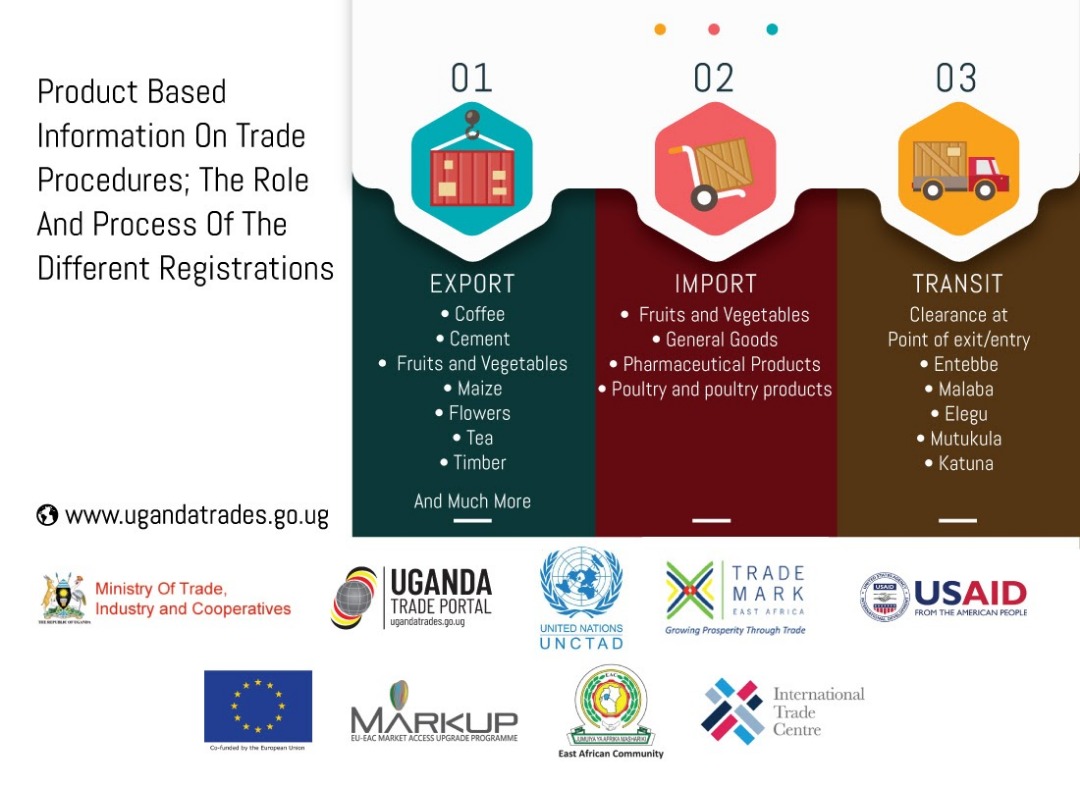 According to Georgina Mugerwa, the procedure for these registrations has been documented on the Uganda trade information portal that can be accessed on www.ugandatrades.go.ug.

Marketing support is provided by the MARKUP program, a regional development initiative for the East African Community funded by the European Union.

Michael Azira has become the latest Uganda Cranes player to retire from international football in a space of a period...

Government to force Ugandans to register all deaths