Several dead after shooting at US office building

by NP admin
in News, The Americas

At least four people have died, including a child, police said

Police on Wednesday said at least four people died after a shooting at a southern California office building.

The violence comes on the heels of two other mass shootings in the United States earlier this month, reigniting a debate over gun control in the country. 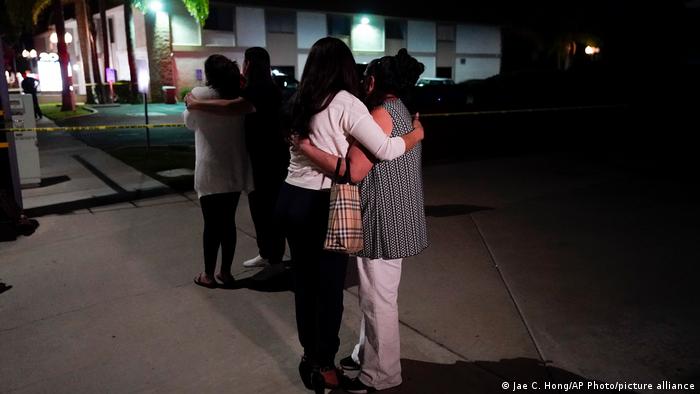 Locals were left shocked after a shooting occurred in Orange, California, with multiple victims

What we know so far

The shooting occurred at around 5:30 p.m. (0030 GMT/UTC) local time at a two-story office building in the city of Orange, south of Los Angeles.

At least four people have died, including a child.

Another person was wounded in the incident before police shot the suspect, authorities said.

The shooting occurred on the second floor of the building.

By 7 p.m. local time the situation had become stabilized, according to police.

“An officer-involved shooting occurred” and the suspect was taken to hospital, Lt Jennifer Amat said.

“The situation has been stabilized and there is no threat to the public,” the Orange Police Department said on its Facebook page.

Further details on the background of the shooting were not immediately available.

What have officials said?

California Governor Gavin Newsom posted on Twitter: “Horrifying and heartbreaking. Our hearts are with the families impacted by this terrible tragedy tonight.”

US Representative Katie Porter from California also tweeted, saying: “I’m deeply saddened by reports of a mass shooting in Orange County, and I’m continuing to keep victims and their loved ones in my thoughts as we continue to learn more.”

US grapples with mass shootings

The killings in Orange comes in the wake oftwo other similar incidents in the United States.

Ten people were killed in a supermarket in Boulder, Colorado, after a shooting on March 22, while eight people were fatally shot —including six Asian women — in three Atlanta-area spas on March 16.

Lt. Amat said Wednesday’s onslaught in Orange was the worst the city had experienced since December 1997, when a gunman armed with an assault rifle opened fire at a Department of Transportation maintenance yard.

In that incident, Arturo Reyes Torres, an equipment operator who had been fired a few weeks before, killed four people and injured several others, including a police officer, before police shot him dead.