Opinion: Why working as a journalist in Uganda is particularly tough 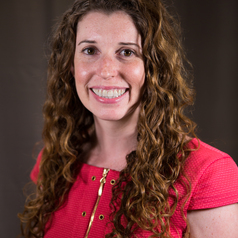 Ugandan journalists are subject to state intimidation and violence almost on a daily basis. During the recent presidential elections, media crews covering opposition candidates – often in protective gear – were targets of physical assault for weeks.

In one of the more egregious acts, journalists were beaten outside a United Nations compound in the capital Kampala while covering a post-election story – sparking international outrage.

Paradoxically, Uganda’s president Yoweri Museveni is credited with liberalising the media. The country is now home to hundreds of (mostly independent) media houses, making it one of the more vibrant media landscapes in the region.

In 2018 we interviewed 27 journalists to find out more about the challenges they faced.

We drew a number of conclusions. Firstly, that media houses paid low wages and offered few development opportunities for journalists.

This had a number of consequences: one was that it made journalists prone to self-censorship. A reporter at New Vision, the largest state-funded newspaper in the country, explained the connection like this:

You only get paid for your stories that are published, so you don’t want to write a sensitive story that might not get published because then you won’t get paid.

Journalists also regularly spoke about the presence of spies in almost every newsroom in the country. This affected how they worked and what they wrote about.

Although our interviews were conducted nearly three years ago, the recent attacks on journalists suggest the problems have not been resolved, and may be worsening.

As these challenges persist, individual journalists face increasing hardships, and the problematic aspects of journalism as a profession like bribes and self-censorship, for example — may be intensified.

A calculated form of control
Journalists spoke of legal and illegal mechanisms that the government used to control them. These included threats, defamation charges, detainment and beatings.

But, many pointed out that what made the government retaliation particularly insidious was its uneven and unpredictable nature.

For example, a reporter for the private station NBS TV said:

“There are times when we’ve had critical stories; we’ve run them and nothing has been said. You expect some backlash, nothing happens, a week, two weeks, a month, and it goes. But then, there are other stories where the state is increasingly involved and saying, ‘You can’t run this story’.”

These erratic repercussions left many journalists in a perpetual state of fear.

Spies in the newsroom added to this atmosphere. Journalists told us that “spies” worked as journalists within media houses.

They accepted money from the government in exchange for publishing positive content about certain politicians or revealing forthcoming sensitive stories, enabling the government to force the publication to drop the story.

This issue isn’t unique to Uganda. While little evidence exists, such a practice has been seen anecdotally in South Africa.

But, based on our interviews, government-affiliated spies in Uganda’s media houses appeared prevalent and a mechanism the state favoured to keep control on the media.

Some journalists we interviewed said they knew, or suspected, who the spies in their newsroom were.

Almost all journalists said they took precautions such as avoiding working collaboratively or working remotely to limit the number of people familiar with their stories.

Some also said they would ask a trusted friend to hold sensitive documents or story drafts instead of keeping them in the newsroom.

Some said they would only work with a single editor they trusted.

Media houses also tried to protect journalists by withholding their bylines on sensitive stories to protect their reporters.

What needs to be done?
The journalists we spoke to agreed that both sides — the journalists and the government — needed to work together to alleviate problems such as bribes, spies, self-censorship and government intimidation.

For their part, journalists said they needed comprehensive training on the laws that protect them. They also needed to unite and become empowered in an effort to protect their profession.

Some Ugandan journalists have made inroads by creating a WhatsApp group called Press Freedom Forum to discuss ways to exercise and protect their rights.

But a change in the mentality of government officials is also needed.

In our conversations, journalists said the government needed to better understand the role of journalism in society so that they weren’t defensive or offended when reporters ask tough questions.

Journalists said the state viewed reporters — especially investigative or political reporters — as unpatriotic when they were trying to obtain information.

A senior reporter for the private newspaper Daily Monitor said sourcing information from police and security officials could be particularly problematic:

Once you tend to have asked questions, you want to get documents, they look at you as a threat.

A former reporter said that government officials needed to see themselves as working for the public, rather than simply being in charge of them.

Ultimately, significant improvements in press freedom are unlikely to happen until the country sees a change in its leadership.

In the meantime, journalists said the best path forward was to continue working hard and to persevere despite the challenges.

A former journalist said the media houses that have “stood the test of time despite the threats” are making a difference, both for journalism and for society:

Those journalists have done a tremendous job … the media plays a very central role, actually, as a key pillar of democracy.

The author is an Assistant Professor, Journalism and Director of Graduate Studies, Richard T. Robertson School of Media and Culture, Virginia Commonwealth University. She co-authored the article with Meghan Sobel Cohen, an Associate Professor, Department of Communication and the Master of Development Practice, Regis University.

Michael Azira has become the latest Uganda Cranes player to retire from international football in a space of a period...

Government to force Ugandans to register all deaths