On Wednesday, a total of 189 PPG officers were passed after a successful training course as well as 15 Special Forces Command officers who had attained skills in Chemical, Biological, Radio Nuclear (CBRN) and explosive handling.

Gen. Muhoozi officiated at the ceremony which was also attended by the Uganda Police Force Director of Training, Brig Godfrey Golooba, on behalf of the Police leadership.

“Go beyond the VVIP training you have attained and start conducting counter-terrorism courses just like your counterparts the SFC have done. Be the light in the Police force,”Lt Gen Muhoozi challenged the group of PPG officers. 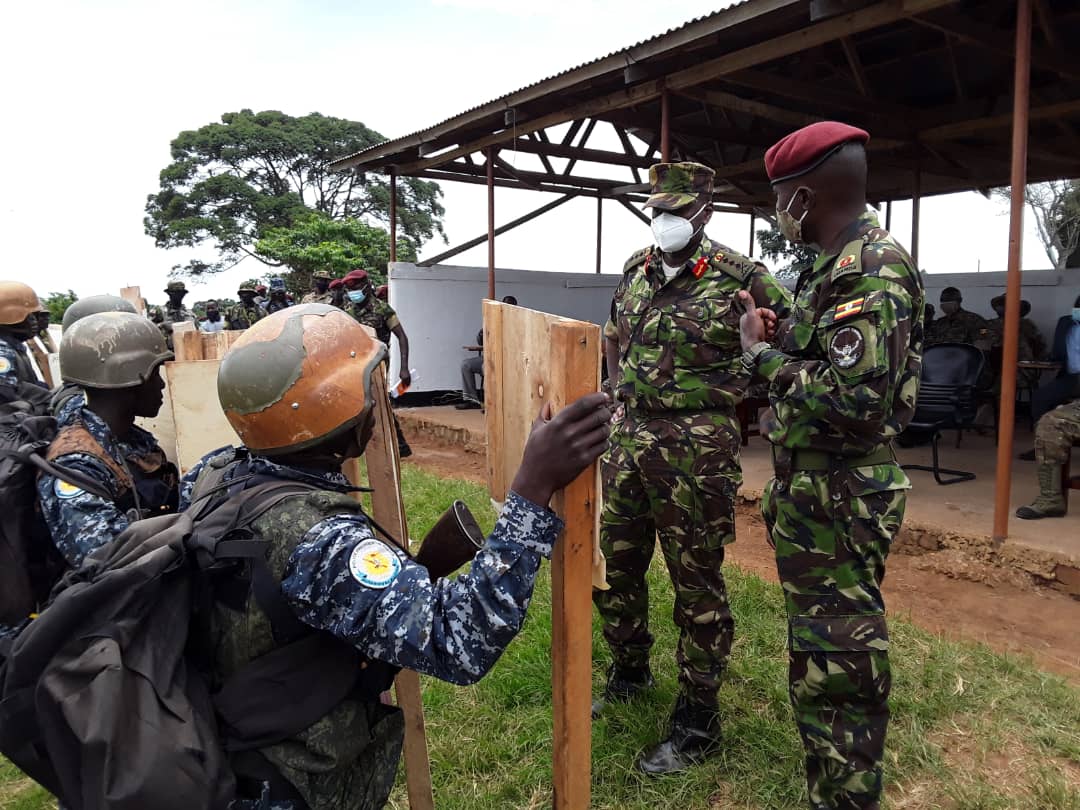 He said the just concluded training was a mere induction course that he equated to a basic course within the SFC that allows you to be part of the special force but noted there are many more courses that will always be awaiting the group.

The SFC commander noted that a bomb response unit responsible for bomb disposal should be developed and placed under the Presidential Protection Guards.

Lt Gen Muhoozi Kainerugaba congratulated the trainees upon completing the court but warned them that nothing apart from good discipline is expected of them as they serve in the Uganda Police Force.

The Police Director in charge of Training, Brig Godfrey Golooba warned that each training course should always be taken seriously and that whoever doesn’t train will have their doorway open from the force as he pledged police support to PPG to take subsequent training.

The Commandant of Sera Kasenyi training school, Maj Phillip Mugizi said that whereas 200 officers had enrolled for the training course, only 189 were successful and attributed the drop off to issues related to discipline and failure to adapt to the tempo of the training.

During the passout, the 15 Special Forces Command trainees in chemical, biological, radio nuclear and explosive handling impressed the chief guest with their demonstrations on how to detect and decontaminate a contaminated area .

At the end of the function, certificates and awards were awarded to those who excelled in the field, class and discipline.

The SFC commander was accompanied by his deputy, Brig Peter Candia, Commander 2 Special Group, the Director of Personnel and Administration, the PPG commander, the Director of Training in SFC among other officers and commandants.

The Police Presidential Guard (PPG) is a unit under the Special Forces Command (SFC) whose role is to provide security to the First Lady and other very important persons in the country.

Absa bank Uganda has announced that it recorded profits worth shs41 billion after tax in the year 2020 In a...