Ready yourself for a stroke before it strikes

by Beatrice Nyangoma
in Health, News

A lady undergoing tests for the heart

For six consecutive months Irene Nassuna (37) felt an on and off mild headache which she would treat using pain killers. She did not expect that these headaches would one day leave her on the floor unconscious and the left part of the body paralysed.

In the middle of her house work, Nassuuna all of a sudden collapsed to the floor. Nassuna doesn’t quite remember how she ended up in Nsambya hospital unconscious. She was told that the condition had been triggered by high blood pressure.

She says if had she paid attention to the on and off headache and not self-medicated, she would not have been hospitalized. She is undergoing rehabilitation to manage the stroke that resulted.

“All my life, I had never known that I had blood pressure. I was taken by surprise but I had been getting headaches for some and I would take pain killers,” she remembers.

Dr. Ibrahim Bukenya, a physiotherapist, says that people with pre-existing conditions to both communicable and non-communicable diseases are at a high risk of suffering from a stroke.

He says that stroke is a condition that affects the brain. It occurs when blood flow to the brain is reduced or blocked which then stops oxygen and the flow of nutrients to the brain. As a result, brain cells start dying hence the inability of some body parts to function as expected.

Geoffrey Buyondo did not know that he was living with high blood pressure. The knowledge came too almost too late on June 3rd, 2020, when his home security alarm went off alerting him that a robbery was in progress. The alarm went off at 3am.

Shaken awake by the alarm, Buyondo found himself short of breath and the next thing was paralysed on the left side of the body.

Buyondo says, “I think getting out of sleep abruptly led to shock and my heart to almost stop. I couldn’t feel my left side of the body, my lips were paralysed and I couldn’t speak.”

He says that what saved his life was the decision to take him to hospital as soon as possible. He is now on his way to recovery.

Sulaiman Ssewanyana fell off his work desk and was rushed to hospital unconscious. For the last 15 years, he has been managing high blood pressure mainly through regular exercises. By the time he was rushed to hospital, he could not recognize anyone nor speak. He was told that the veins in his heart had been damaged.

In Uganda, stroke is one of the top five causes of adult death, largely due to the high prevalence of modifiable risk factors such as hypertension. It accounts for 3.7% of all admissions in Uganda’s hospitals. Worldwide, stroke is a leading cause of death and of chronic disability.

It is estimated that 15 million people suffer a stroke annually; of these, five million die and another five million are left permanently disabled

But following these steps, severe stroke can be prevented.

At the Stroke Rehabilitation Centre, a non-governmental facility, stroke patients are counselled and helped to relearn skills that were lost when part of the brain got damaged due to stroke. The centre is located in Gayaza.

The skills include coordinating leg movements in order to walk, helping them learn how to communicate or new ways of performing tasks to circumvent or compensate for any residual disabilities.

These illustrated below increases your chances of getting a stroke 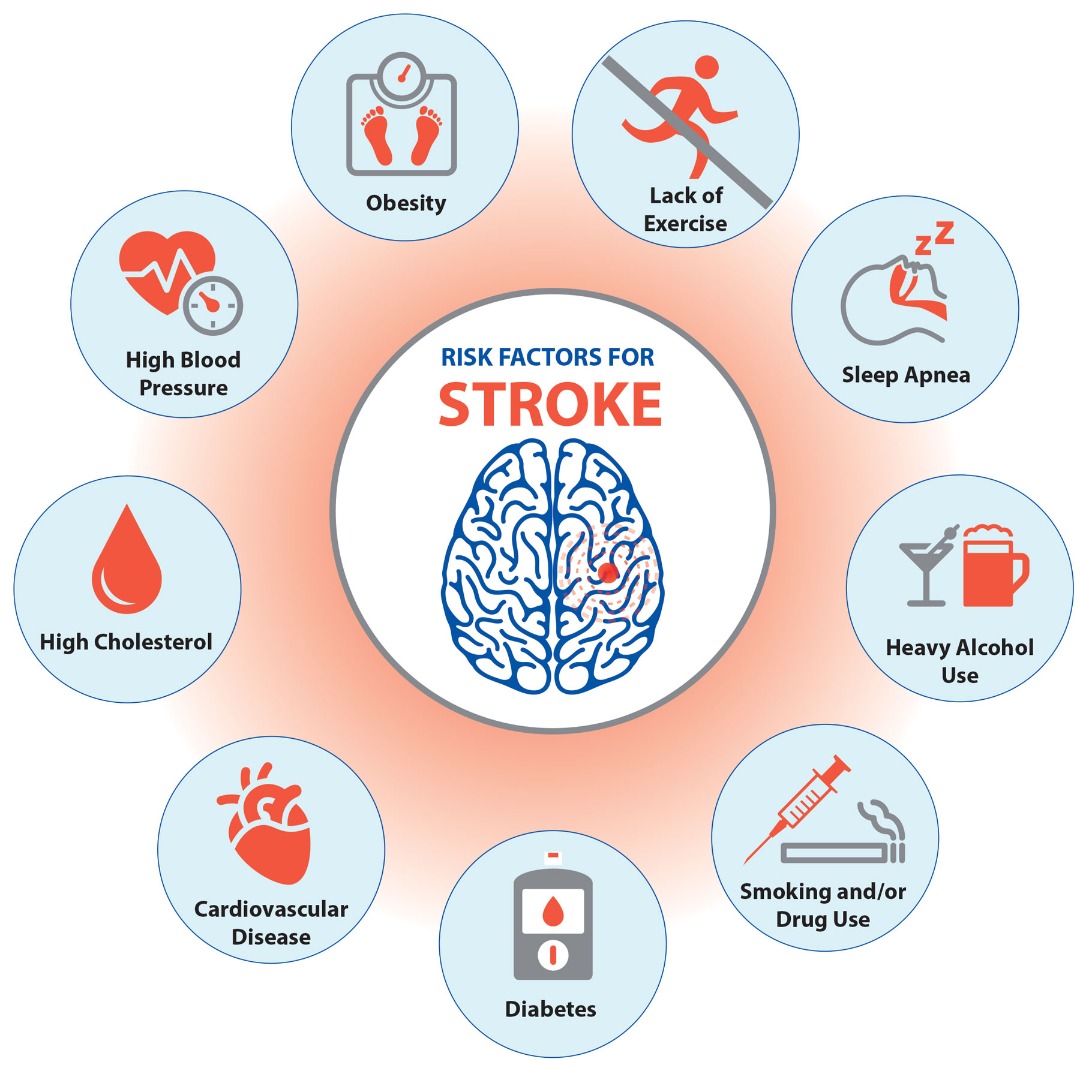 While the link between smoking and a range of cancers is well known, the World Health Organisation warned Thursday there...