Man killed in lodge after winning big in sports betting

by Teven Kibumba
in News

Police in Iganga are holding nine suspects including a bar waitress of Rwandan nationality in connection with the killing of a 30-year-old man last night.

The deceased Bosco Obita, a casual labourer at Tembo steel factory located in Bulamagi subcounty Iganga district, is reported to have earlier gone to Shooters Pub located along the main highway in Iganga municipality to have fun yesterday. He later retired to one of the rooms behind the lodge to continue the festivities. 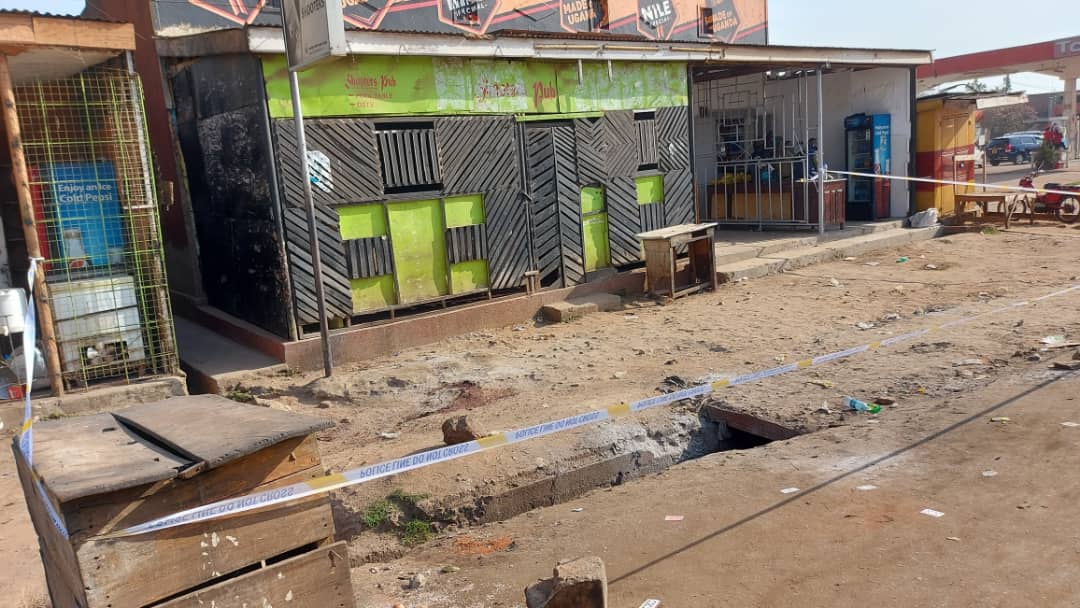 According to a source at the bar who preferred anonymity, the deceased was said to be in possession of a huge sum of money after receiving his monthly pay. He bought beers for the patrons and waitress in the bar before convincing the waitress to return with him to the room behind Shooters pub.

Sarah Nabugowa, the wife of the deceased, further added that before going to the pub, Obita had engaged in betting. He had placed bets on football games in the premier bet campaign and won. He allegedly had something like 600,000 shillings on his person when he went to Shooters pub.

The body of the deceased was discovered lying in a pool of blood by one of the workers who had come to prepare the room for the next client.

The waitress was arrested at around 10.30 p.m as she attempted to board a trailer heading towards Busia border.

The LC one chairman Nkono zone Abbas Kakaire blamed police for failing to enforce the presidential directive to close down all bars and lodges to curb the spread of COVID-19 virus.

Kakaire said majority of bars and lodges are operating freely within Iganga despite the presidential directive.

Police arrived at the scene at around 9.30 p.m and took the body to Iganga hospital mortuary for a post mortem report.

He declined to reveal the identity of the suspects saying its likely to jeopardize with the investigations.

Anatoli urged bar owners to follow the presidential directive or risk having their licenses cancelled.

This is the third person in less than two years to be murdered by stabbing at Shooters pub.

The deceased leaves behind five children who live in a rental room with their mother in Kasolo village in Bulamagi sub county near the factory where he was working.

Uganda, according to the Ministry of Health, has no confirmed cases of the Coronavirus until now but the economic fallout...