Oulanyah (left) and Kadaga (right) both want to be elected Speaker

Speaking to the press from Kabira Country Club, the group led by Kampala minister Betty Amongi also recommended that the speaker be appointed to the vice president’s role in respect of what she calls the unwritten tradition of parliament

Amongi, flanked by 14 other mps, says out of the 32 mps from the Lango sub region, 21 have agreed to cast the dice with oulanya ,contrary to the 2016 scenario where the group sent a delegation of three led by Dokolo Woman MP Cecilia Ogwal to convince Oulanyah to make way , the group says its Oulanya’s moment to chair the house. 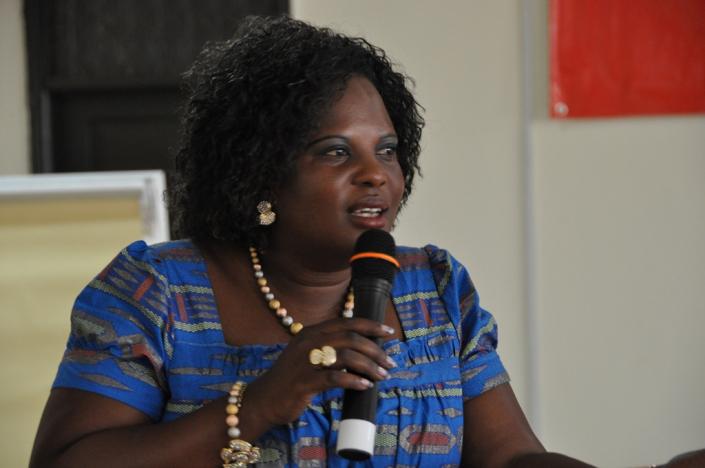 Maruzi county MP Maxwell Akora says their move is not backed by lack of confidence in Kadaga but an appreciation of the fact that she has done her part and needs to move on.

Uganda People’s Congress president Jimmy Akena says although this is not the position of the party , he has after a careful consideration as member of parliament for Lira city decided to back Oulanyah

Paul Omara, a new entrant to the house awaiting swearing in, says right from the university days ,Oulanyah has demonstrated excellence in leadership and undoubted capability that makes him the best choice for speaker.

The move follows that of 18 mps elect from the Acholi subregion who after a meeting from Gulu backed the Omoro county MP.

The move has attracted rebuke from a section of mps from the region who say there was no official meeting of the group to take such a stand.

Kilak South mp Gilbert Olanya called for the statement to be disowned saying it was dangerous for the interests of Acholi to make an open pronouncement on the matter.

His view was shared by the leader of the opposition Betty Aol Ochan who urged the newly elected MPs to go slow saying the speakership race is not a high school contest to elicit such excitement.

The Acholi parliamentary group chairman Okin PP Ojara however defended the Gulu pronouncement insisting if 18 out of the 28 mps from the region back a stand ,then it’s clear who has the majority

He says although it was not a formal meeting of the group , the statistics are clear on who commands the lead in the region

Nakaseke south MP Lutamaguzi SSemakula says the Buganda caucus has not as a group considered the matter and they will vote anyone who demonstrates competence.

He casts his dice with Kadaga saying there is no reason to replace her at the moment.

The Kiira municipality MP’s official declaration that he will run for the seat is a test for the opposition MPs many of whom have since declared allegiance to Kadaga and Oulanyah , he has an uphill task to rally the numbers to his side

Power brokers to watch in CEC also include the party’s powerful vice chairman Alhajj Moses Kigongo, the regional vice chairpersons and other members of CEC incase the matter is put to vote

Parliament elects the speaker and deputy speaker at the first sitting of the house presided over by the chief justice or any other judge delegated by him.

Why Uganda needs an opposition speaker

Wamoto Nabendeh Parliament is supposed to be a good reflection of the population (society) and must have the teeth with...