The women lay their nets for a catch. Photo by Teven Kibumba.

Fishing once a traditionally male-dominated job has recently been taken up by women.

Many women previously used to fear taking up fishing saying it had many challenges besides risks involved while executing the job.

At Waka Waka landing site in Bugiri District, a group of 1400  women under their umbrella organization women economic empowerment Bugiri(WEEB) are currently involved in cage fish farming along the shores of Lake Victoria thanks to a shillings 2.2 billion donation from UN women.

The women said previously they feared venturing into fish farming but decided to take part in it with the hope of raising their household incomes, a move they have lived never to regret. 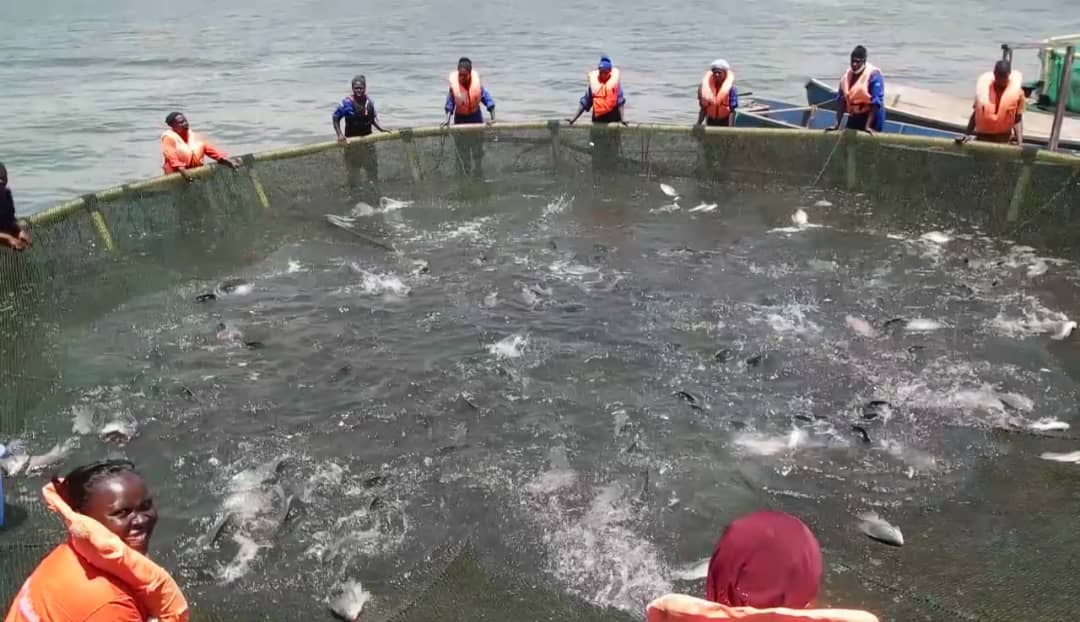 Before joining the association (WEEB), the women said they used to buy fish from male fishermen and sold it cheaply to traders who came from Kampala with trucks.

But after joining the association they are now able to lobby for higher prices thus fetch bigger profits to improve on their household incomes.

The district fisheries officer, Immaculate Were said the association intends to tap the international market by exporting fish to foreign countries starting next year.

Were said cases of domestic violence in homes have drastically reduced since women are able to contribute to the families’ needs without demanding money.

She said previously women used to fear taking part in cage fish farming thinking they would make losses but decided to take part following success stories from some of their colleagues.

The country director of UN Women, Maxime Houinato who handed over a brand new vehicle to the association urged women to take part in politics and set up income-generating activities since they play a big role in the development of any family.

Houinato urged the members of the association to utilize the vehicle and ensure it meets the desired goal of transforming the lives of women in rural areas.

The permanent secretary at the Ministry of Finance, Ramadhan Ggoobi, has expressed determination to advance the conversation on transforming the...

The Uganda Peoples Defence Force and the family of the former army commander Gen Elly Tumwine have taken to social...

The Directorate of Traffic and Road Safety has warned drivers of sport cars especially Subaru owners within and out of...

August 15th is etched in the books of history as the glorious day that India attained Independence. As the Asian...