Opinion: Countries are sovereign and democracy is relative

A few days ago, may be two, I was startled by a rogue’s gallery tweet from the Human Rights Foundation headed, “Authoritarianism is a threat to human rights worldwide.” 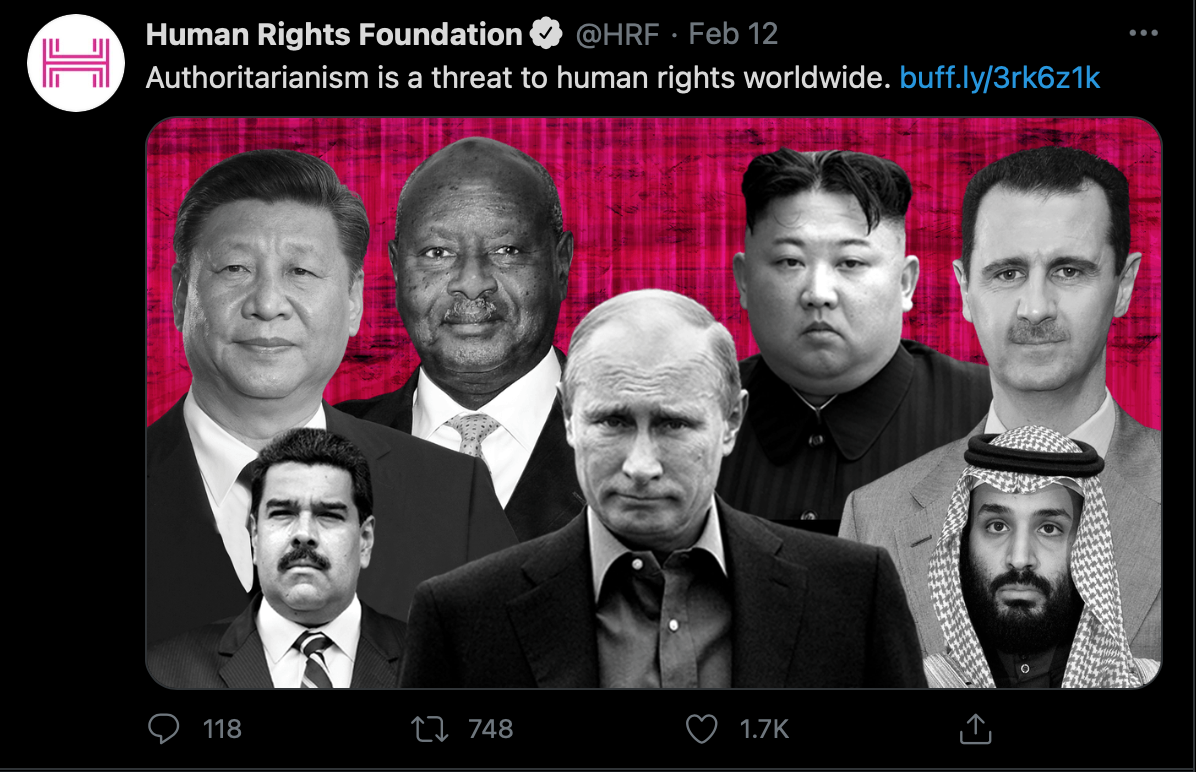 I shared it among my peers, testifying how some faces did not fit the description.. “Surely authoritarian is an overstatement,” I argued. But if you have seen the tweet, you can bet your last middle class shilling I was reading Genesis to Darwin, a chat that reminded me of “The secrete history of democracy” by Benjamin Isakhan and Stephen Stockwell.

The book discusses the history of democracy as too complex and insufficiently Western in character to be the standard narrative. That even in the standard history of democracy there are many alternatives that open up the possibilities of what democracy might be: participatory or repre-sentative; majoritarian or minimalist; demotic or elitist; with positions filled by election or by lot; with sovereignty resting in one (the constitutional monarch) or in the many (the will of the people).

The standard narrative of democracy is that which typically begins in Ancient Greece, around 508 BCE when Cleisthenes devised a method of participatory governance centred on the notion of the polis incorporating the city and its citizens in a political model that was named ‘demokratia’ an amalgamation of two words, demos (roughly ‘people’) and kratos (roughly ‘power’). And no, that is not what it looks like.

The authors however make the elaborate gist that there remains no consensus on some of the most fundamental questions surrounding democracy, such as how it ought to be measured, what institutions and practices ensure its maintenance and how it might best be conducted; that each society has one way or another had their own understanding of what works for them (democracy for Indigenous Democracy) which was later influenced by and the West (Colonialism). You will find a reference to Buganda in that chapter. Even to date, you can testify that every country has a democratic model that works for them. So, the practice of democracy is in the model, models that keep evolving (improving), from Greece to Buganda. This is less about democracy than how some countries, unlike ‘forus’ have failed to evolve.

If you read from the Renew Democracy Initiative website on how to stop dictatorship, you can intuitively tell how those countries fall into the pit of authoritarianism. The initial risk may be the failure to accept that there will always be disagreements (and I chose my words carefully by avoiding the sociological term, “conflict”) between different groups yet democracy’s very function is to create and work through disagreements in order to prevent the majority from tyrannizing the minority, and to find a compromise that will satisfy all sides, instead of, say, kidnaps..

The other risk may be the failure to resist the allure of political “strongmen,” figures enter the political stage often claiming to be an outsider to the political establishment, and vowing to “get tough” on everyone that is apparently sapping the nation’s strength, say, foreigners and against of neo-colonialism, thereby “saving” the nation. Such strongmen also claim that in order to carry out their task of “rescuing” the country, they need to have barriers to their departure removed, such as a free press.

In the wake of Donald Trump, psychology professor Fathali Moghaddam in his book “The Appeal of Authoritarianism in an Age of Uncertainty” adds another a risk he calls “The crisis incident.” It portrays the typical dictator as one that creates crises (such as terrorism and the claim to burn down cities) that make people feel threatened and helpless and then presenting himself as the only person who can save the nation. This closely links to the previous risk of the strongman.

But all these risks do not happen in out of the blue, they are ignored or trivialised. And once that persists, they will turn any democratic country into a dictatorship like Fathali put it. It is that which worries me for the sake of countries where this is evident, how ever sovereign they may be.

Luckily, there are countries that are labouring to perfect Cleisthenes’ model as he perfected Solon’s. These countries are working toward a civic virtue to: accept difference, reject political strongmen and are doing so while narrowing the space for the crisis incidents card. Hopefully the countries I fear for will learn from them, because no matter how relative democracy may be, the risk to authoritarianism is not.

Democracy, a reality ushered in Uganda by the NRM government

The Independence struggles in the late 50s and early 60s led to the declaration of Independence in Uganda on 9th...

Opinion: Will elections usher in true democracy for African nations?

In Uganda, a Women and Youth led revolution is unstoppable